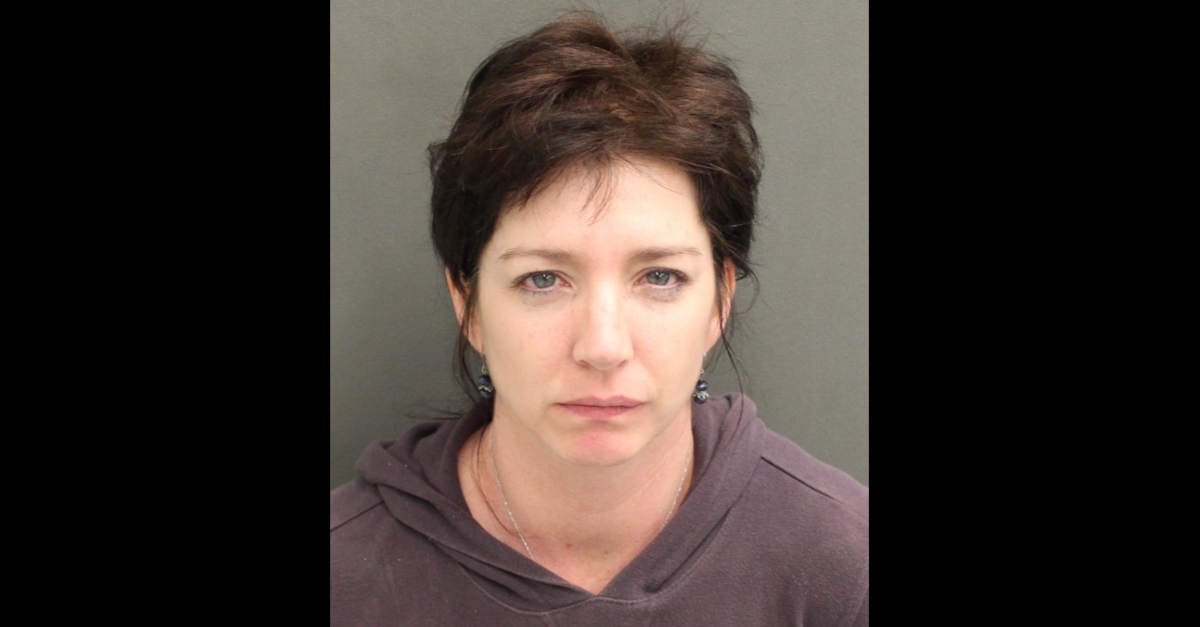 Florida woman Danielle Redlick, 46, has until February 26 to decide whether or not to accept a plea deal in the murder of her husband Michael Redlick, 65.

The judge handed down the deadline in a hearing Wednesday, according to WESH. The defendant will go to trial in May if she rejects the state’s offer.

Winter Park police accuse Danielle Redlick of stabbing her husband to death, then trying to pass it off as a heart attack that happened when he stabbed himself.

The defendant allegedly claimed that she was eating a McDonald’s burger in her kitchen on January 11. Her husband got mad, took a bite from her meal, and spit it at her face, according to this account. Michael Redlick–a University of Central Florida program director–grabbed his wife’s arms, pushed her to the ground, and shoved her head to the stove while rubbing his fist against her face, Danielle Redlick said. She attempted to hide in the bathroom, while her husband was outside apparently referencing Cape Fear.

The defendant allegedly claimed to find her spouse badly injured in the living room, and that he started vomiting when she attempted CPR. Danielle allegedly said that she was afraid because she was on probation, and that’s why she didn’t immediately report her husband’s condition. She only called 911 after waking up the next morning and cutting her wrists, according to this alleged account.

Police said Redlick lied. There were no signs of vomiting, bruising consistent with CPR, or a heart attack, but there were bruises on the victim’s left arm consistent with defensive wounds, officials said. The victim also sustained a fatal stab wound to the shoulder, which would’ve killed him in up to six minutes, investigators said. Account information showed that widow Redlick was on the dating app Meet Mindful about two hours before she called 911. People who knew the couple claimed that the defendant had a violent temper.

All this sounds very complicated. Nothing is as complicated as husband and wife’s backstory. He used to be her stepdad.

“In fairness to Mike, Danielle’s mother was dying of cancer when they were dating,” said a family friend cited by WFTV. “She had terrible insurance.”

Redlick is charged with second-degree murder and tampering with evidence.