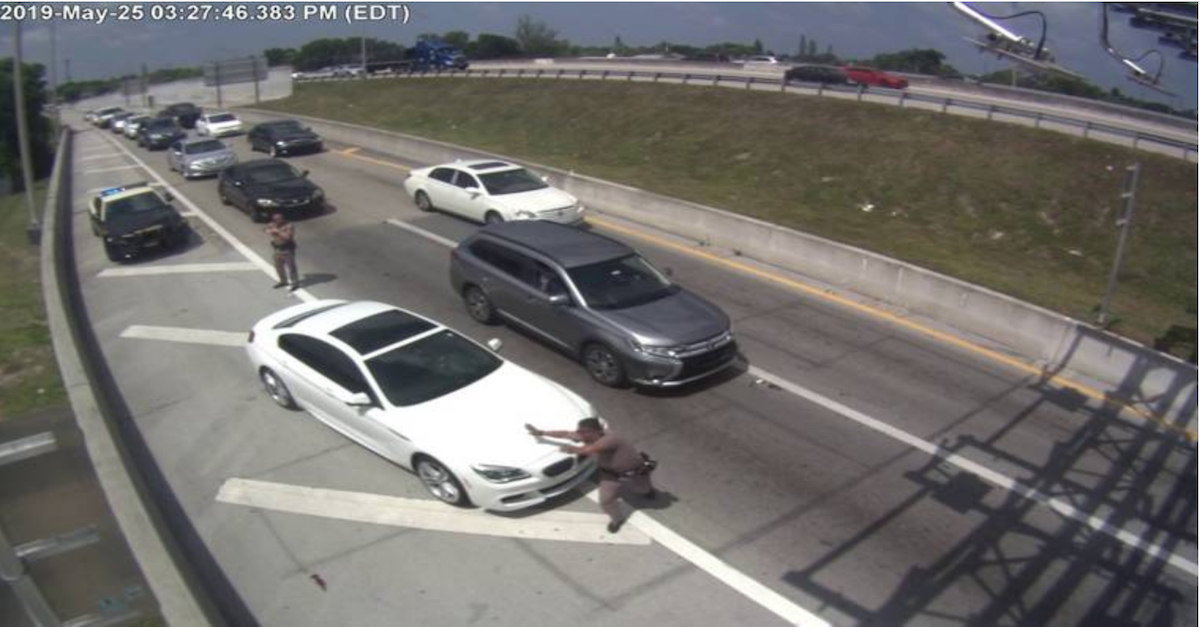 The Florida Highway Patrol released video on Tuesday of a hit-and-run from May 25, showing the shocking moment a trooper was hit by a car. Trooper Arsenio Caballero and his partner were talking to different drivers along a Florida Turnpike exit ramp near Hollywood Boulevard in Broward County.

After the motorist stopped in the right lane went on their way, Caballero walked toward the shoulder but away from the spot his partner had pulled over a white BMW. As Caballero walked away, the driver of the BMW accelerated and hit him.

The video showed Caballero flipping in the air and eventually out of view of the camera. The harrowing footage showed Caballero roll up the hood when the driver crashed into his legs. Caballero’s partner rushed to his aid and radioed for help.

Caballero was treated at the hospital for a broken wrist and cuts to his head. A few days after the hit-and-run, police found the abandoned BMW, but they were still asking anyone with information about the driver to call Broward County Crime Stoppers at 954-493-TIPS.