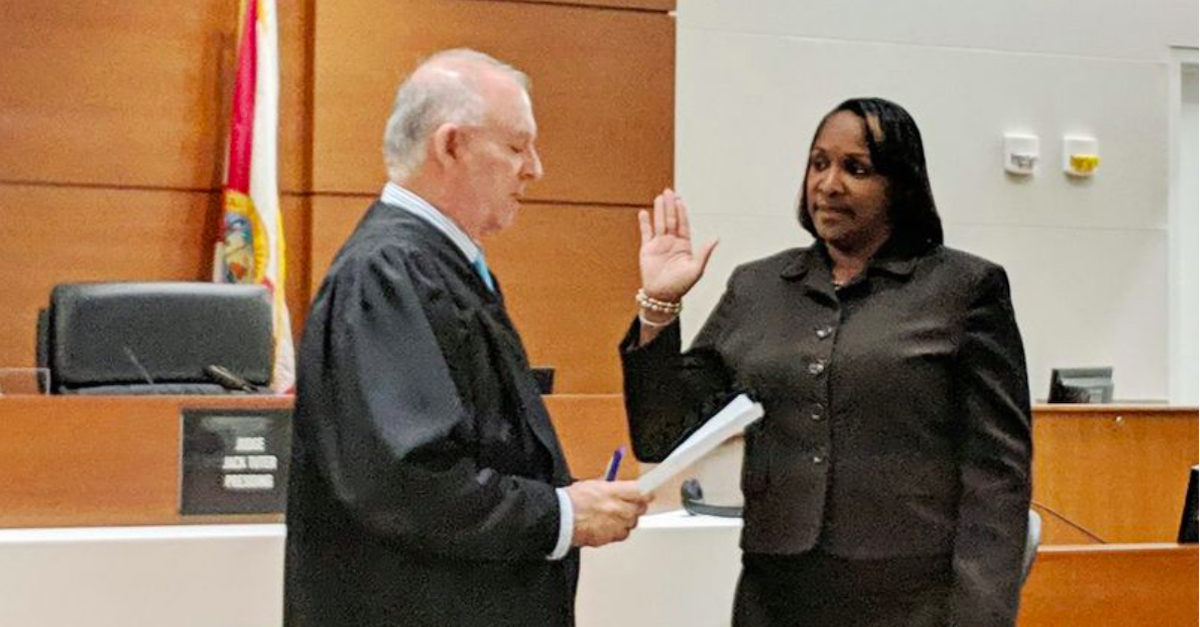 A judicial discipline panel on Thursday recommended that the Florida Supreme Court suspend a Broward County circuit judge allegedly caught on tape last month putting her hands around the neck of a clerk and shaking him, according to The Broward Palm Beach Times.

Fort Lauderdale Judge Vegina “Gina” T. Hawkins was charged Thursday with “inappropriate conduct” under the Florida Code of Judicial Conduct and her behavior was deemed to have shown an “unfitness to serve,” and recommended her immediate suspension, according to a recommendation released by the investigative body of Florida’s Judicial Qualifications Commission, which oversees investigations of judges.

A former prosecutor, Hawkins was appointed to the bench by then-Governor Rick Scott (R) last year.

According to the Palm Beach Times, after Hawkins was shown footage which clearly depicted her choking the clerk, she reported to the commission that she had never touched the employee and that the two were “fairly friendly,” describing her conduct as “engaging in jest.”

“[Hawkins’ statement] is clearly refuted by the security video, which Judge Hawkins watched prior to submitting her self-report. “The employee did not describe the judge’s demeanor that morning as friendly or joking, but  ‘extremely upset.'” the commission wrote in its report. “Another employee who interacted with Judge Hawkins shortly after the incident says Judge Hawkins remarked about the encounter and demonstrated what she did by making a choking motion in the air.”

Hawkins later admitted that she “touched and shook the employee,” She was then asked why she did not originally say that to the panel and replied that the original video was “grainy,” she had been crying, and “didn’t remember putting her hands on the person.”

“Within the judicial branch, as in civilian life, it is never appropriate for a person in a supervisory position to put their hands around the neck of an employee or subordinate and shake them,” the recommendation against Hawkins said. “It is all the more inappropriate, and potentially criminal when such conduct is motivated by anger, or to emphasize displeasure.”

Under Florida law, the state’s Supreme Court will decide whether Hawkins can remain on the bench.