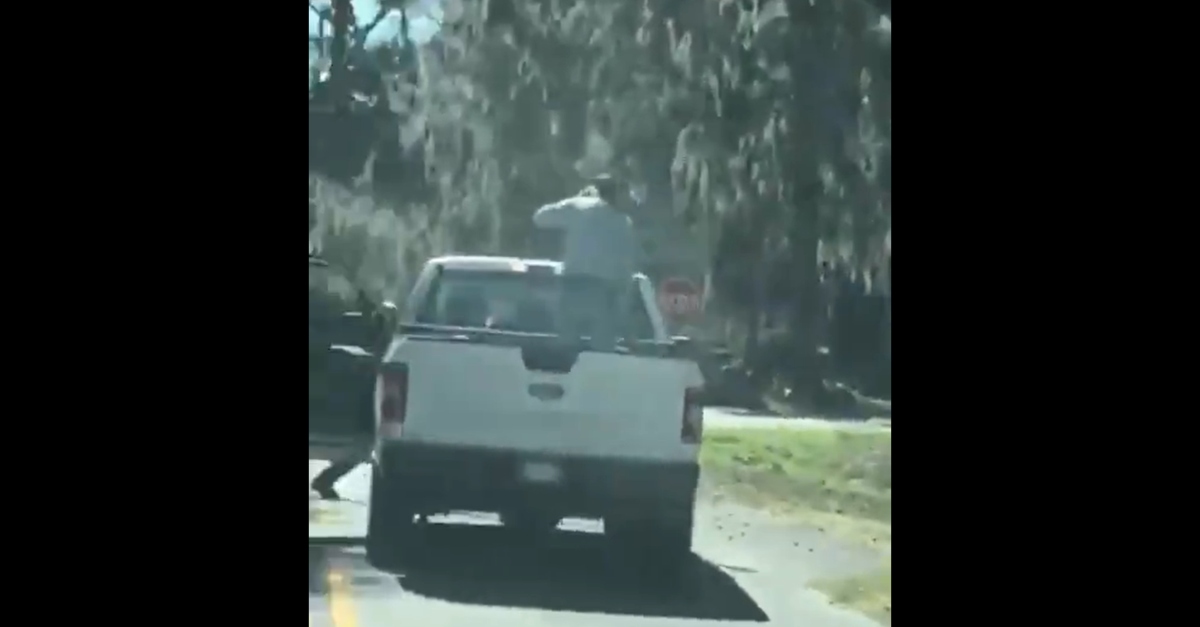 The two men implicated in the death of Ahmaud Arbery, 25, have been arrested. Gregory McMichael, 64, and son Travis McMichael, 34, are both charged with murder and aggravated assault, the Georgia Bureau of Investigation said Thursday night.

Mugshots tonight of Gregory and Travis McMichael . Gbi charged them with the murder of Ahmad Arbery . Videotape of the Brunswick shooting has everyone talking from NAACP to President Trump. I’m live in Brunswick at 11 with video of the arrests. @wsbtv pic.twitter.com/ptRG8O8PEl

The defendants were arrested and were to be booked at the Glynn County Jail.

The shooting took place on Feb. 23. At the time, the elder McMichael allegedly told police they believed Arbery was the suspect in the series of recent burglaries. Arbery attacked Travis, according to this account. No charges were immediately filed, and the case went to its third prosecutor because of conflicts of interest for the first two. Gregory McMichael was a former police officer and investigator for the district attorney in Brunswick.

Newly released footage, however, ignited further public scrutiny on the case, and spurred authorities to put more attention on it. It appeared to show anything but self-defense by the McMichaels. Arbery’s family has said that he was regular jogger. The GBI only recently got involved in the homicide investigation, saying they were only previously asked by local cops to look into alleged threats against the Glynn County Police Department and other people.

Ahmaud Arbery's murder was caught on video! It's graphic but must be shared. @BenCrumpLaw will be representing Ahmaud's father Marcus Arbery as we seek justice in this modern-day lynching. Everyone must know the truth! #JusticeforAhmaudArbery pic.twitter.com/y4kBgRJ8X6

The McMichaels have not publicly discussed the matter. They declined to comment in a CBS report released Wednesday.

S. Lee Merritt, an attorney for Arbery’s mother, and Benjamin Crump, a lawyer for his father, both lauded the development.

Arrest warrants have been issue for Travis McMichael and Gregory McMichael for Felony Murder & Aggravated Assault in the lynching of #AhmaudArbery pic.twitter.com/qvFGYWMAWS

It took 74 days but Ahmaud Arbery’s killers have finally been arrested! This murderous father and son duo took the law into their own hands. Thank you to everyone who has supported us through this pursuit of justice! #RunWithMaud #AhmaudArbery #IrunwithMaud