‘People Just Disappear for Days or Weeks’: Customs and Border Protection Has No Idea What It’s Doing with Asylum Seekers 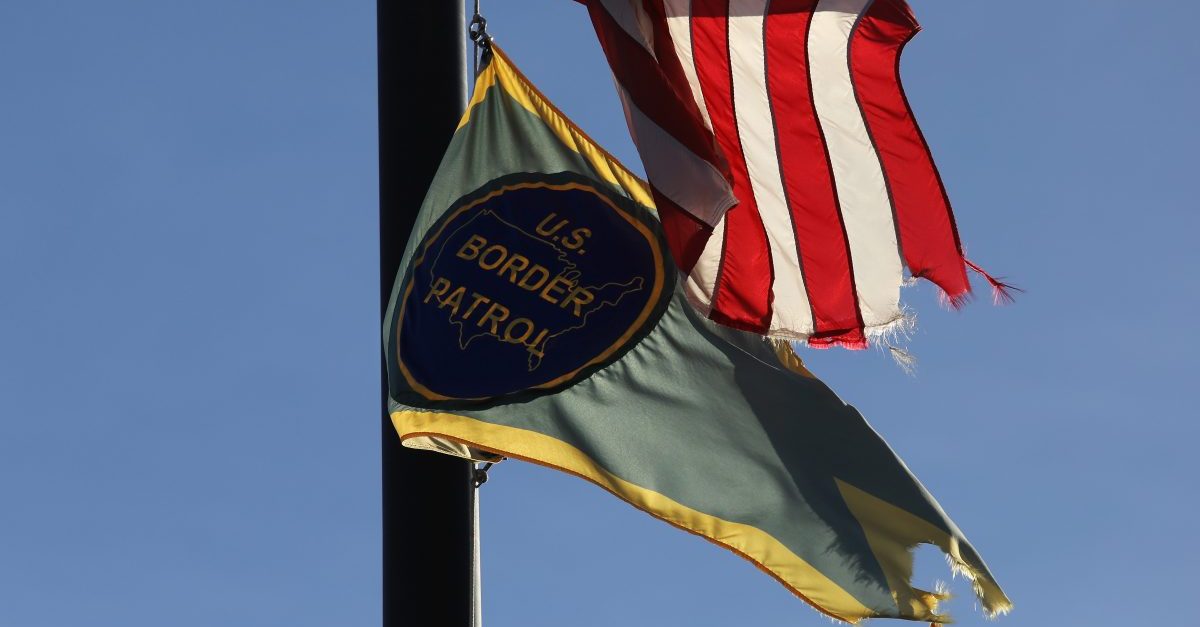 U.S. Customs and Border Protection (CBP) has lost track of their own data in two major programs for asylum seekers, according to an internal audit by the U.S. Government Accountability Office (GAO).

The Monday GAO report was given the following title: “DHS and DOJ Have Implemented Expedited Credible Fear Screening Pilot Programs, but Should Ensure Timely Data Entry.” But the numbers, or lack thereof, tell a different story altogether.

Roughly half of the individuals who signed up for two pilot programs instituted by the Department of Homeland Security (DHS) in coordination with the Executive Office for Immigration Review (EOIR) seem to have never received the proper notice that they must appear before an immigration judge–including information like when and where–in order to keep their asylum claims moving forward.

From the report [emphasis added]:

About 1,220 individuals received positive credible fear determinations placing them into full removal proceedings where they may apply for various forms of protection such as asylum. However, as of October 2020, DHS and EOIR could not account for the status of such proceedings for about 630 of these individuals because EOIR’s data system does not indicate that a Notice to Appear—a document indicating someone was placed into full removal proceedings before an immigration judge—has been filed and entered into the system, as required. Specifically, DHS and EOIR officials could not determine whether DHS components had filed the notices for these cases with EOIR, nor could they determine if EOIR staff had received but not yet entered some notices into EOIR’s data system, per EOIR policy.

Failure to properly and timely file such notices (NTAs) has been an endemic problem with U.S. immigration agencies for several years and spans the past two presidential administrations–at least.

Immigration attorney Lily S. Axelrod provided Law&Crime with an NTA filed on one of her clients that was never properly submitted with a court–all the way back in November 2013, when the immigration system was operating under then-President Barack Obama.

“This is an ongoing problem,” Axelrod said, “and not just with border cases–DHS issues a Notice to Appear, but sometimes does not send it to EOIR, or EOIR does not timely input it into their system.” Under Trump, DHS has dramatically increased the volume of NTA’s, but EOIR staff cannot keep up with the higher volume, so they take longer and longer to get input into the system.”

“I have folks who have NTAs that are over a year old that still haven’t been entered into the EOIR system so I have no idea if they have ever been filed with EOIR, and EOIR clerks say they cannot go digging through all of the paper files to determine whether an NTA for a particular individual is sitting in a box somewhere waiting to be filed,” the attorney added.

The net result of the haphazard or malicious practice means that immigrants who have credible fears about suffering violence in their countries of origin are in a state of limbo as to whether they are legally allowed to be in the country and/or move their claims through the system as quickly and efficiently as possible.

In early 2019, immigration attorneys complained that numerous Immigration and Customs Enforcement (ICE) were systematically gaming an already-broken system by handing out NTAs that contained fake court dates and times.

That widely-rebuked practice went on even after the U.S. Supreme Court saw fit to weigh in a substantially similar issue in the 2018 case stylized as Pereira v. Sessions, which held that the government cannot provide a defective or inaccurate notice in order to stop undocumented immigrants from cancelling certain deportation proceedings under strict rules and guidelines.

“Two and a half years after the Supreme Court told them to get their NTA act together in Pereira, they’re still just unable or unwilling to get their ducks in a row,” Axelrod noted.

And while the CBP’s particular NTA debacle likely won’t lead to an increased risk for unlawful deportations to occur, the agency’s documented failure here does have a spiraling series of negative real world consequences for those impacted by the Kafkaesque bureaucratic nightmare.

One of Axelrod’s clients has been a lawful permanent resident of the United States for decades but recently fell victim to the NTA issue.

“He traveled to his home country, and at the airport on the way back, was questioned about an old issue with his green card application,” she said. “They accused him of fraud and issued him an NTA. It has been a year and a half and the NTA still hasn’t been processed with EOIR. He’s still a lawful permanent resident, but he’s in limbo — afraid to travel, and no idea when or if he’ll have a chance to defend his case.”

There are more immediate effects for the human beings subject to the NTA go-round as well.

“[T]he GAO confirmed that 80% of people placed into these ‘expedited’ asylum processing systems are stuck in CBP custody for over a week; where they have no or limited access to showers, no access to an attorney, and no way to tell their family where they are,” American Immigration Counsel attorney Aaron Reichlin-Melnick noted via Twitter.

“Being in CBP custody is a bit like being disappeared,” he continued. “There’s no right to a phone call—although after significant advocacy, that’s slowly beginning to change—and there is no detainee locator system to determine where people are being held. People just disappear for days or weeks.”