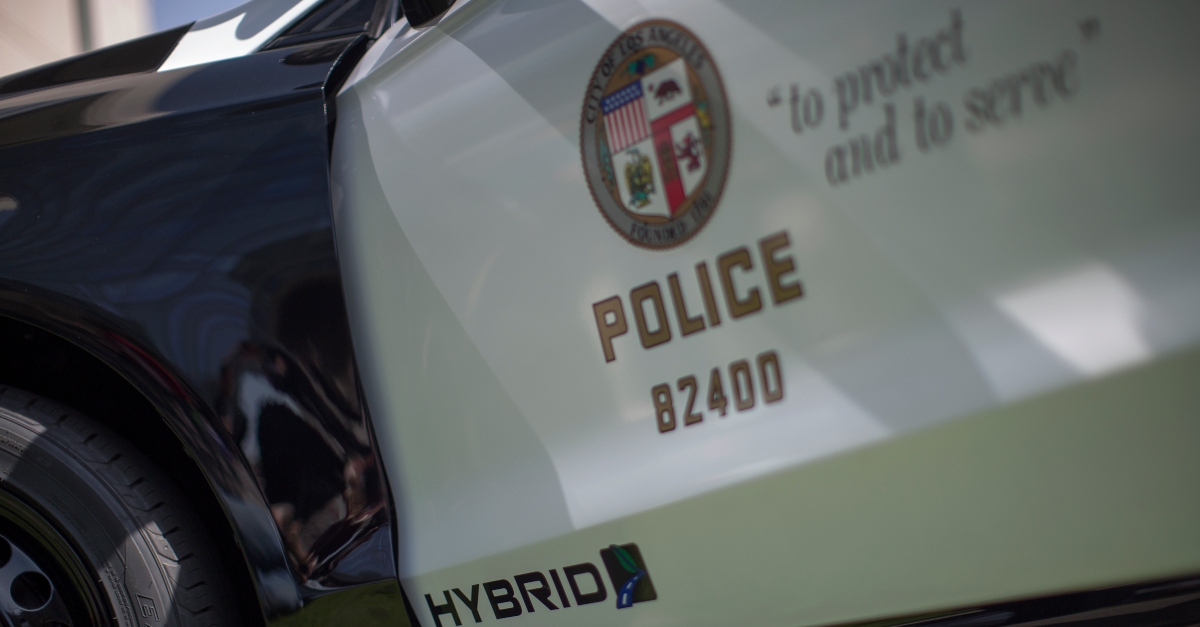 Officials describe an ugly incident out of San Bernardino County, California. An off-duty officer with the Los Angeles Police Department allegedly shot and injured a fellow cop while they were camping. Authorities are treating this as seriously as possible under the circumstances: defendant Ismael Tamayo, 44, faces a count of attempted murder.

Deputies say that they responded to a report about a shooting Sunday morning at 1:17 a.m. near the Stoddard Wells Off-Highway Vehicle (OHV) Area. There, they found a man with a gunshot wound to his upper body, according to their official account. He was airlifted to a hospital, and the suspect was found. Officials said they detained the alleged shooter without incident.

Officials say that the two men, and a third friend were camping and shooting guns over the weekend. The Los Angeles Police Department identified all three as LAPD employees. The third person was an off-duty supervisor, officials said. In their statement, they described this reported shooting as a “disturbing incident.”

“The events overnight culminating in the serious injury to our off-duty officer, apparently at the hands of another member of this Department, give me great concern,” LAPD Chief Michel Moore said. “I spoke earlier this morning with San Bernardino Sheriff John McMahon, pledging our full support of their criminal investigation. I am thankful our injured officer is in stable condition and expected to survive. I am committed to determining what and how this occurred.”

It’s unclear if Tamayo has an attorney in this matter. He was taken to High Desert Detention Center, deputies said.