Defendant Dared Homeless Man to Do a Backflip for $6, Laughed and Filmed as He Suffered Fatal Injury: Cops

A man is charged in the death of a homeless man. Keonte Jones, 28, can be heard in video laughing at Larry Coner, 55, after Coner sustained an injury that would kill him, Las Vegas police say. Now Jones is facing time behind bars.

Cops cited footage posted to Facebook. Footage showed the man, identified as Jones, narrating as Coner trying to do a backflip for $6. The defendant did it for a Facebook video, officers said.

The victim attempted the maneuver twice, but only did cartwheels. He tried one more time, this time launching toward his back, but he didn’t land on his feet. He fell with an audible thud, apparently head first. The man identified as Jones laughed. The victim did not get up. 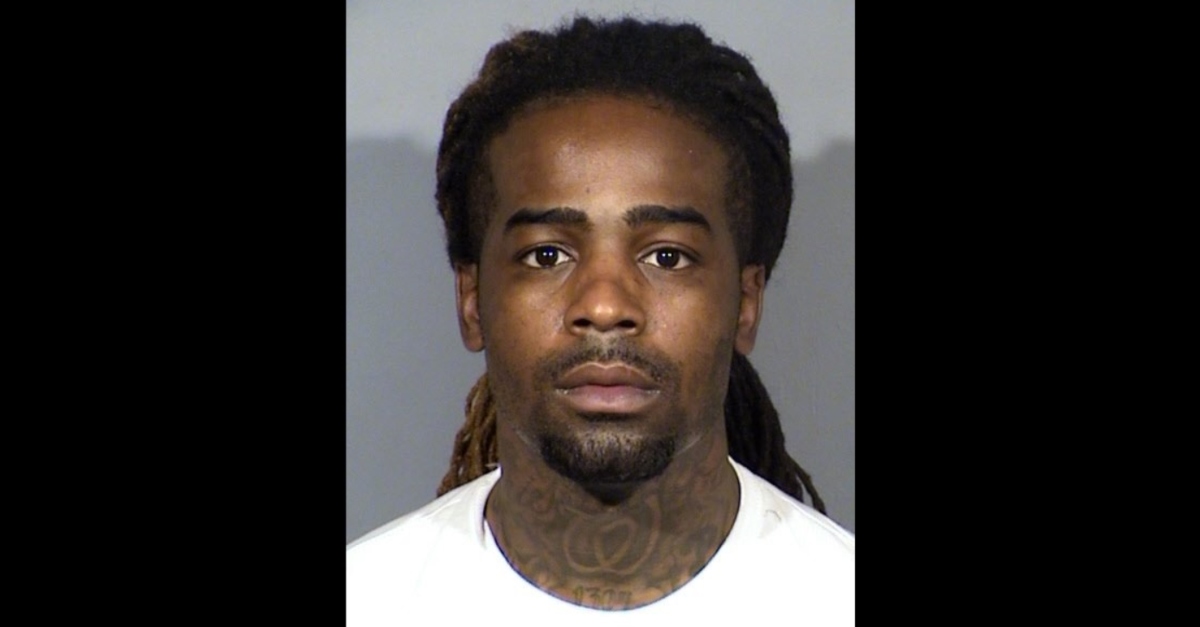 Others are the the scene checked on Coner, who was laying on his back. Jones kept cackling.

“He hit a backflip, and went to sleep,” he said.

Jones told people at the scene to leave Coner alone, and that the man would get up.

“You ain’t got no fucking remorse, or heart,” said a woman in the video.

The man identified as Jones approached the victim.

This was about 1:23 of the footage. The total clip is 10:26. Jones would cackle through the entire thing as Coner barely moved.

“As the incident went live on Facebook, Jones continued laughing and filming Coner for almost 10 minutes while telling onlookers not to call medical,” police said.

As seen on video, some of the bystanders attempted to stand up the victim. Finally, an older woman stood by him.

“This shit is fucking hilarious, though,” Jones said.

The #LVMPD arrested a man who paid for a dangerous stunt that led to a homeless man’s death. Caution: the video of this incident is disturbing.https://t.co/PxkzfjGpBF pic.twitter.com/qzdiS7ug3P

Coner was transported to a hospital with a serious spinal injury, and died June 30 because of his condition, cops said. Cops said a family member of his brought the incident to their attention.

Jones was arrested Tuesday on a count of willful disregard of a person’s safety. Records show that he posted a surety bond, but do not name an attorney.