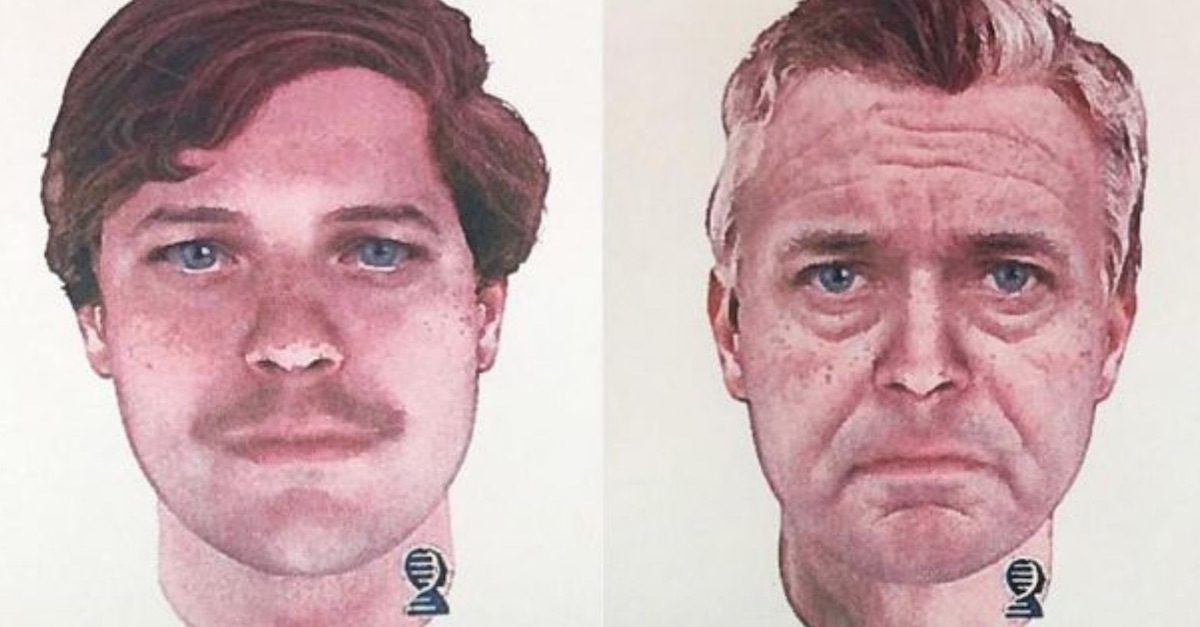 In 1976, 25-year-old David Schuldes and 24-year-old Ellen Matheys were brutally murdered while they were camping in Wisconsin. Forty-two years later, thanks to advances in DNA science and technology, we now have images of a suspect.

The Marinette County Sheriff’s Office announced the development in the cold case on Monday, saying that it worked with Virginia-based Parabon Company to create a composite image based off of DNA found on Matheys’ clothing.

“Through DNA Phenotyping, law enforcement was able to predict the suspect’s hair color, eye color, facial features, freckling, and probable heritage,” they said. “The first image is what investigators believe to be the suspect at/around age 25. The second image is age enhanced to the age around 65 years old.”

According to Fox 11, the victims were engaged to be married and Matheys was sexually assaulted before she was murdered. Both victims were shot.

“They were engaged to be married. They came up to Marinette County, set up their campsite,” Marinette County Sheriff Jerry Sauve said. “This is no longer an artist conjecture based on what some witnesses are telling them in a sit-down interview.”

Ellen Matheys, 24, and David Schuldes, 25, were murdered at a Marinette County campground on this day in 1976. It has never been solved. Today, Sheriff's Office will reveal new sketch of suspect with new DNA evidence. I'm in Marinette and will keep you updated. @WJFW12 pic.twitter.com/vT0fJJVUWI

“This is science at work,” he added.

Police had been going off of an old sketch, but DNA analysis has resulted in the new suspect sketch you see above.

The case of the Golden State Killer is another high-profile instance where police have used DNA advances to find a suspect who had remained elusive for decades.

Investigators had previously obtained DNA samples in connection with crimes that they believed to have been committed by the Golden State Killer. As part of the investigation, they uploaded a DNA profile onto an ancestry website, which they used to locate a relative of DeAngelo. From there, they moved forward until they were able to determine that DeAngelo was the suspect, and then they went about collecting his DNA. The strategy of using the DNA profile on the website drew controversy because it may have violated the website’s terms of service, which only allow someone to upload a profile with the owner’s consent. This didn’t stop police, however, because a website’s terms of service are not binding on law enforcement in the same way as Fourth Amendment prohibitions against unlawful search and seizure.

Time will tell if the Wisconsin murders will be solved, but surviving relatives of Schuldes and Matheys remain hopeful that the perpetrator will be found and brought to justice at last.