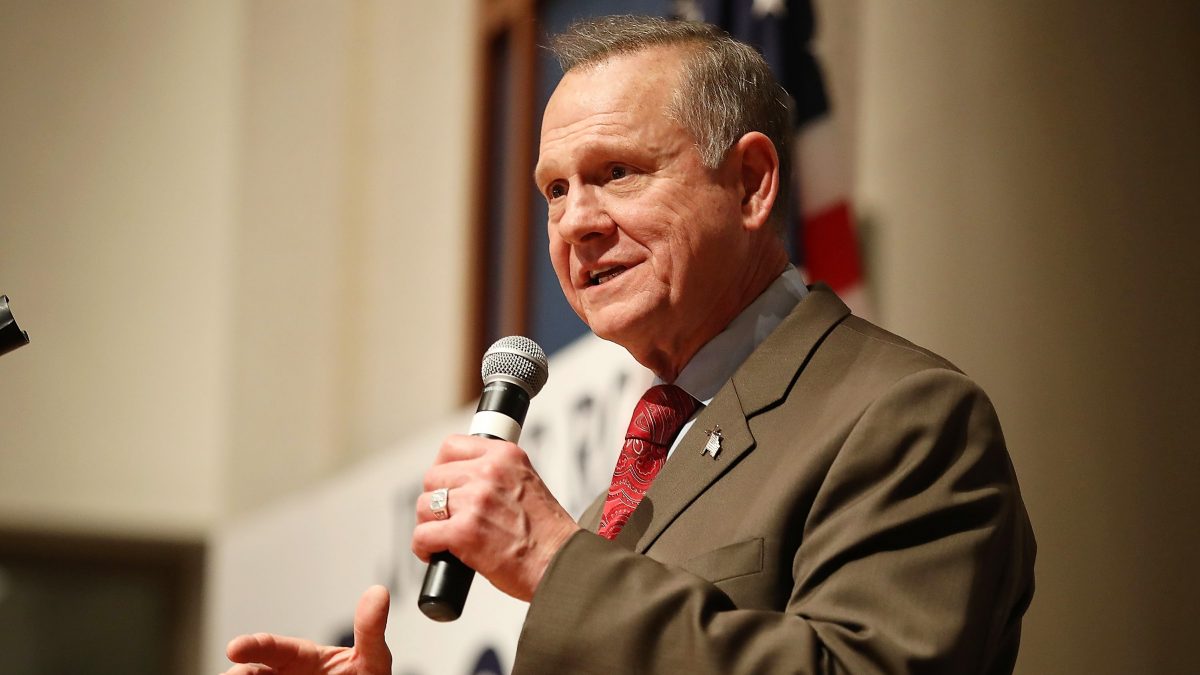 In a Thursday afternoon statement, Moore says he accepted an invitation to receive an award for his “strong support of Israel” because “Israel and . . . I share a strong belief in God as the Creator and Sustainer of all life.” Moore said that he “did not know . . . that a Showtime TV series was being planned to embarrass, humiliate, and mock not only Israel, but also religious conservatives such as Sarah Palin, Joe Walsh, and Dick Cheney.”

He accused the people who put together the film as being part of a “shadowy media group” which was “behind [an] illicit scheme.”

The statement went on to say:

Obviously, people like Cohen who mock not only Israel but those who support Israel and the principles upon which America is based, do not share my beliefs. I don’t need Sacha Cohen to tell me who America is, but I can tell him that America is a proud Nation which sprang from humble beginnings and a strong belief in God, virtue, and morality.

I am involved in several court cases presently to defend my honor and character against vicious false political attacks by liberals like Cohen. If Showtime airs a defamatory attack on my character, I may very well be involved in another. As for Mr. Cohen, whose art is trickery, deception, and dishonesty, Alabama does not respect cowards who exhibit such traits! It’s been a long time since I fought for my country in Vietnam. I’m ready to defend her again!

The Showtime series, which is billed as a “satirical half-hour series from comedian Sacha Baron Cohen,” is set to premiere Sunday, July 15th. Seven episodes are planned.

The full Moore statement is below.