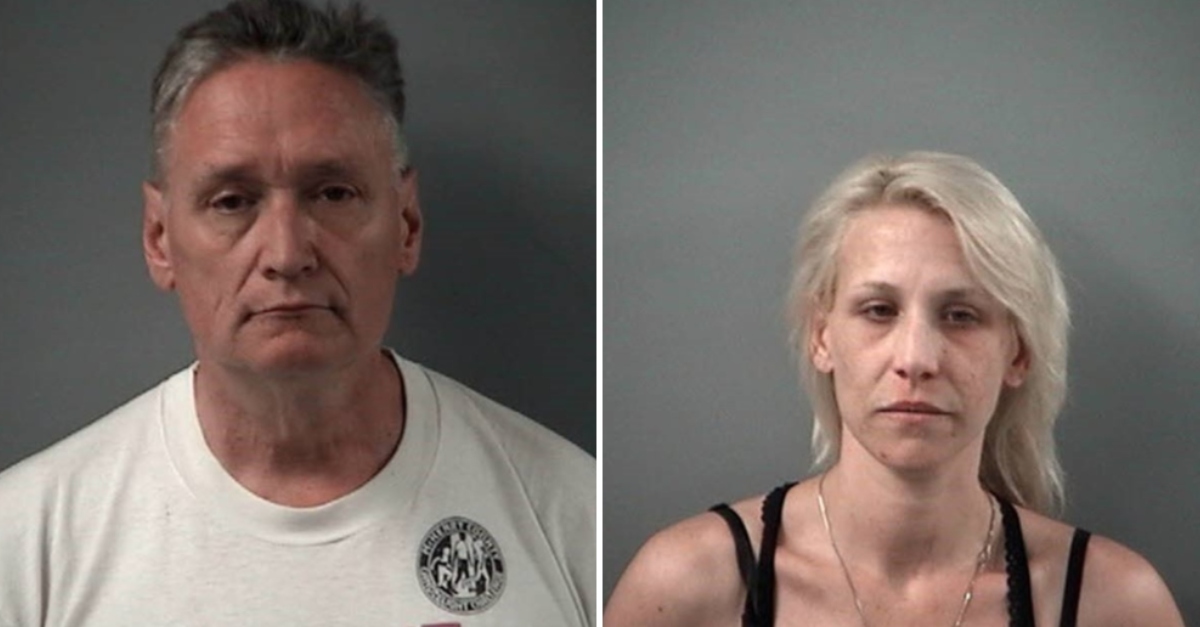 The Illinois Department of Children and Family Services have removed two staffers who looked over the family of murdered 5-year-old Andrew “AJ” Freund Jr.

“Both the caseworker and the supervisor responsible for this case have been placed on administrative duty and will have no casework responsibilities as this review takes place,” DCFS said in a statement obtained by The Associated Press. “DCFS will also be reviewing all cases that have been handled by these two employees.”

This comes after Crystal Lake police announced on Wednesday that young AJ’s body was found buried in a shallow grave in Woodstock, Illinois. Police arrested the boy’s parents Andrew Freund Sr. and JoAnn Cunningham for charges including murder, aggravated domestic battery, and concealment of homicidal death. The parents forced their son to stand in a cold shower, and beat him to death, authorities said. They are scheduled to appear in court Monday.

The murder allegation led people to wonder how it got to this point. Turns out police responded to AJ’s home a lot over the past 5 years.

The family was on DCFS radar even before AJ’s birth. The agency released a timeline on Friday detailing their interaction with the family, according to ABC 7 Chicago. They said they got a hotline call in 2012 claiming Cunningham was neglecting her foster child, and another saying her oldest son was in a neglectful and injurious environment. Both calls suggested that she abused prescription drugs, and the second said she had mental health issues.

AJ was born on October 14, 2013. Both he and his mother tested positive for opiates and benzodiazepines, according to officials. Freund Jr. was taken into protective custody, and returned in 2015 when his parents took parenting classes, drug treatment, and counseling. A Youth Service Bureau worker did not note evidence of abuse or neglect in 17 unannounced visits made from June 24, 2015 to March 11, 2016. A worker was told on August 28, 2015 that Freund Sr.’s drug test was invalid.

A March 21, 2018 hotline report claimed that Cunningham was brought to an ER because she was found unresponsive in a car, while AJ had “odd bruising” on his face, according to ABC 7.

Nonetheless, DCFS reports in May 2018 said that Cunningham was in a drug treatment program, and the home was clean. The March 21 report was determined to be unfounded.

DCFS got involved one more time the following December. A police officer reported that the home was in a terrible condition, featuring broken windows, dog feces and urine on the floor, and the ceiling falling down. The cop also noted a suspicious bruise on AJ’s hip.

DCFS got the report about this on December 18, 2018. The DCFS investigator interviewed Freund Jr. and his brother at the police department. AJ said that he got bruised when the family dog pawed him. His little brother would not speak to the investigator. According to an ER doctor, AJ claimed that day “maybe someone hit me with a belt. Maybe mommy didn’t mean to hurt me.” The doctor, however, couldn’t determine the actual cause, medically speaking. It could’ve either been a dog, belt, or football.

Cunningham told DCFS that she was remodeling the home, and she admitted to the presence of dog waste.

The investigator made an unannounced visit to the home on December 19. This official noted that the kitchen was clean though there was a missing tile. The ceiling wasn’t falling. There was a slight smell of dog urine, but no pee or feces on the ground. Freund Sr. denied corporal punishment, and said Cunningham didn’t use drugs.

The allegations were determined to be unfounded on January 4, 2019 for lack of evidence.