Daughter Said ‘Daddy, I Love You’ Before Father Strangled Her and the Rest of His Kids, FBI Agent Testifies

Prosecutors called FBI agent David Mackey to the stand on Friday to testify about what he learned interviewing Timothy Ray Jones Jr., the South Carolina man on trial for the murders of his five children. Mackey provided a chilling account of what he says Jones told him, particularly the detail about one of his daughters saying “Daddy, I love you” before he strangled her.

“According to Mr. Jones, Merah Gracie says before he strangles her ‘Daddy, I love you,'” Mackey said. According to Mackey, Jones said that he choked Elias and Merah Gracie to death in the same way, but not without a struggle. Mackey said Jones admitted to using a belt to strangle the younger children because his hands were too big to accomplish that.

Mackey said that Jones said he placed the belt around their necks and demonstrated how he pulled the belt taut.

Mackey also said that when he asked Jones if he felt bad about killing his five children he admitted that “no father should ever do that,” only to then say “fuck it, they’re already dead.” The FBI agent also said that Jones blamed the murders on his son Nahtahn because he lied to him about blowing the electrical outlets. Jones allegedly said that if Nahtahn had told the truth the quintuple murder wouldn’t have occurred.

#TimothyJones – FBI agent testifies that Jones blamed everything on his 6-year-old son. He said Natahn wouldn't tell the truth about blowing the outlets. If Nahtahn had told the truth all of the kids would be alive. pic.twitter.com/UaDSeWMSbn

After the murders, Jones put his children in plastic bags and buried them in Alabama, authorities said. Jones was only arrested after he was stopped at a DUI checkpoint the following Sept. 6. He allegedly led investigators to the bodies three days later. 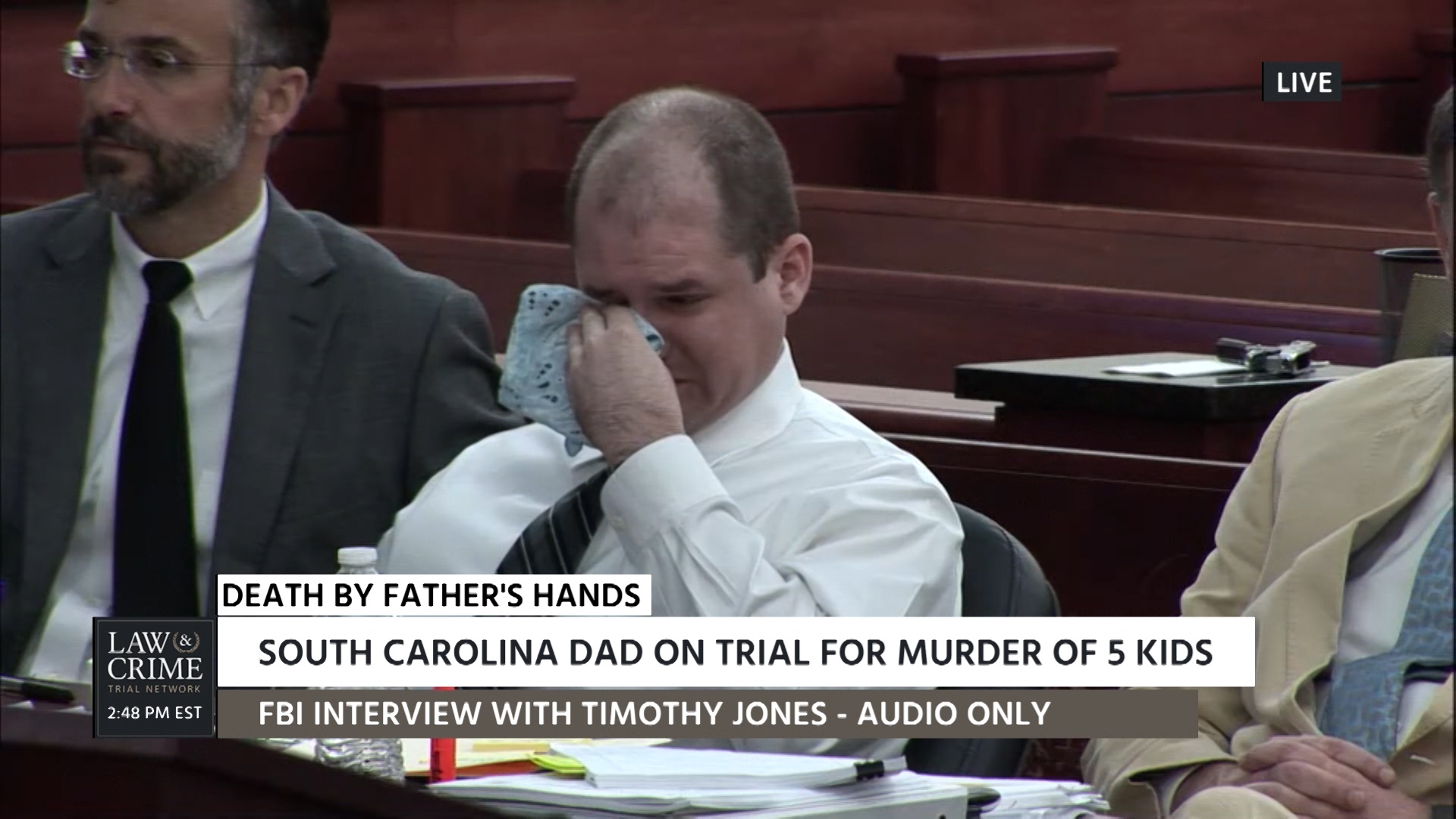 “I really miss them,” the mother Amber Jones told WIS. “They were good kids, and I truly wonder what they would be like now.”

Timothy Jones filed for divorce in 2013 and won custody of the kids, but in the lead-up to the deaths there were allegations that Jones physically abused them. Claims involved Jones abusing them with excessive exercise, beating them with belts, choking at least one, and bruising the children.

Amber Jones sued the South Carolina Department of Social Services in 2016, arguing that the agency failed to protect the kids from their father despite the warning signs. During opening statements, Jones’ defense team argued that he was insane when he killed the children. Jones allegedly told investigators that he murdered his children because they were “going to kill him.”

Mackey testified, however, that Jones was sane enough to acknowledge that his oldest children fighting back against him was a natural response.

“He basically stated ‘Wouldn’t you if you were strangled?'” Mackey said. “He appeared to think that was a normal reaction from his children.”

Mackey’s interview of Jones after the murders was played in the courtroom. In it, you can hear Jones explaining what he did after his son Nahtahn didn’t tell him the truth.

“When I found he’s deceased, then the shit hits the fan,” he said. “Then I followed suit with the other four.” Listener discretion is advised.