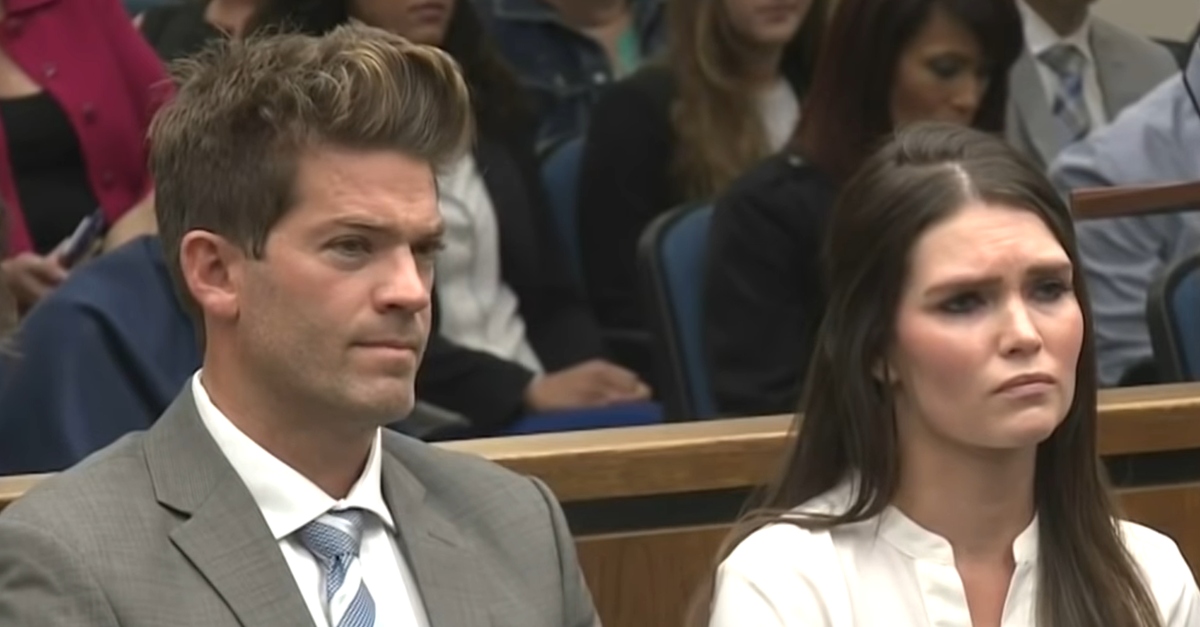 Prosecutors in Orange County, California are walking back high-profile rape allegations against a couple. District Attorney Todd Spitzer announced Tuesday that charges will be dropped against Dr. Grant William Robicheaux, 39, and that man’s girlfriend Cerissa Laura Riley, 33. The official said the case against them was absolutely trumped up, and he threw his predecessor Tony Rackauckas under the bus.

“The prior District Attorney and his chief of staff manufactured this case and repeatedly misstated the evidence to lead the public and vulnerable women to believe that these two individuals plied up to 1,000 women with drugs and alcohol in order to sexually assault them – and videotape the assaults,” he said in a statement.

Robicheaux and Riley were charged in 2018. The couple’s alleged M.O. was that the girlfriend would approach a victim in a bar, introduce the woman to the doctor, and get her to party. The defendants plied the target with alcohol, and the woman would get more inebriated than she expected, authorities said. At the time, Rackauckas highlighted two alleged victims, and said at there were at least hundreds of different videos in Robicheaux’s possession depicting the women.

Asked if there was more than a thousand videos, the then-District Attorney said, “I think so.” The case ended up involving seven alleged victims. A judge denied a defense demand for internal correspondence involving prosecutors, but called the press conference comments “unfortunate prosecutorial hyperbole,” according to The Orange County Register.

Robicheaux’s case caught national attention in part because he appeared on the Bravo reality show Online Dating Rituals of the American Male.

The new development is inextricably colored by a decade-long feud between former and current DAs. It started with Rackauckas firing Spitzer in 2010 for alleged misconduct. Guess who came back to beat him in a 2018 election?

During the campaign, Spitzer claimed Rackauckas had waited to file the case just before the elections. The other shoe dropped on this allegation. Rackauackas admitted in a deposition on June 19, 2019 to using the Robicheaux-Riley prosecution to get media attention to benefit his campaign, Spitzer said on Tuesday.

The new DA said he ordered a de novo review to look at the evidence in the case. Now he says there’s no video or pictures depicting an incapacitated women being sexually assaulted by the defendants.

The Associated Press said it reached out to Rackauckas for comment.