D.C. Sniper Just Got Married in Prison to an ‘Absolutely Wonderful Individual’ 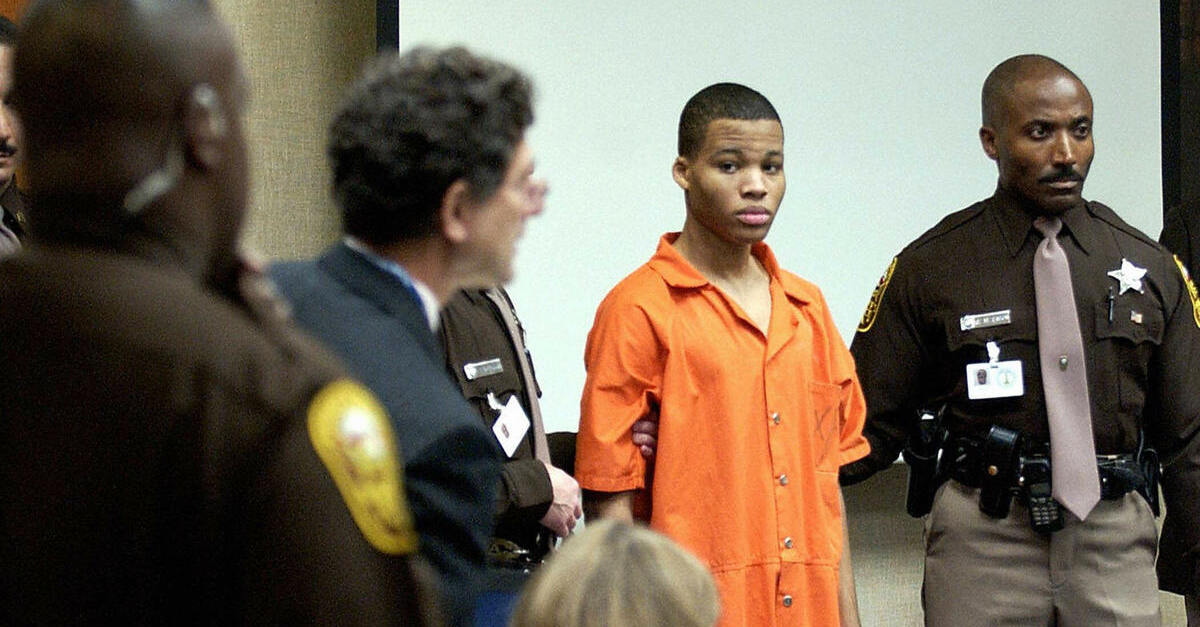 Lee Boyd Malvo is escorted by deputies as he is brought into court to be identified by a witness during the murder trial for sniper suspect John Allen Muhammad in courtroom 10 at the Virginia Beach Circuit Court 22 October, 2003, in Virginia Beach, Virginia.

Lee Boyd Malvo will be remembered forever as the then-17-year-old sniper who went on a violent rampage with then-41-year-old John Allen Muhammad in 2002, killing 17 people and injuring 10 others in the Washington, D.C. area and elsewhere. That didn’t stop a woman from marrying him earlier in March.

Malvo, now 35, was sentenced to six consecutive life sentences without parole in Maryland and four more in Virginia (Muhammad was executed in 2009 for his crimes). Despite a positive recent result for Malvo on the matter of life without parole for minors convicted in Virginia, “neither the latest change in state law nor the Supreme Court dismissal eliminates the likelihood that Malvo will live any of his life outside of confinement.”

That didn’t stop a marriage behind bars from occurring.

The Washington Post spoke with Carmeta Albarus, who witnessed the marriage, and she called it “a beautiful occasion.” There were few details provided about the woman Malvo married other than that she is “an absolutely wonderful individual,” in Albarus’s words. Craig S. Cooley, identified as one of the lawyers who represented Malvo at trial, called the woman “very impressive,” “Educated,” and a person with her “eyes […] wide open.”

Malvo and his bride are apparently close in age and first came into contact through letters:

Cooley said the woman is close in age to Malvo, but would not give her profession or where she lived. He said she started writing Malvo about two years ago, and then began visiting him some time after that.

Well-known convicted murderers still managing to get married in prison is far from a new thing.