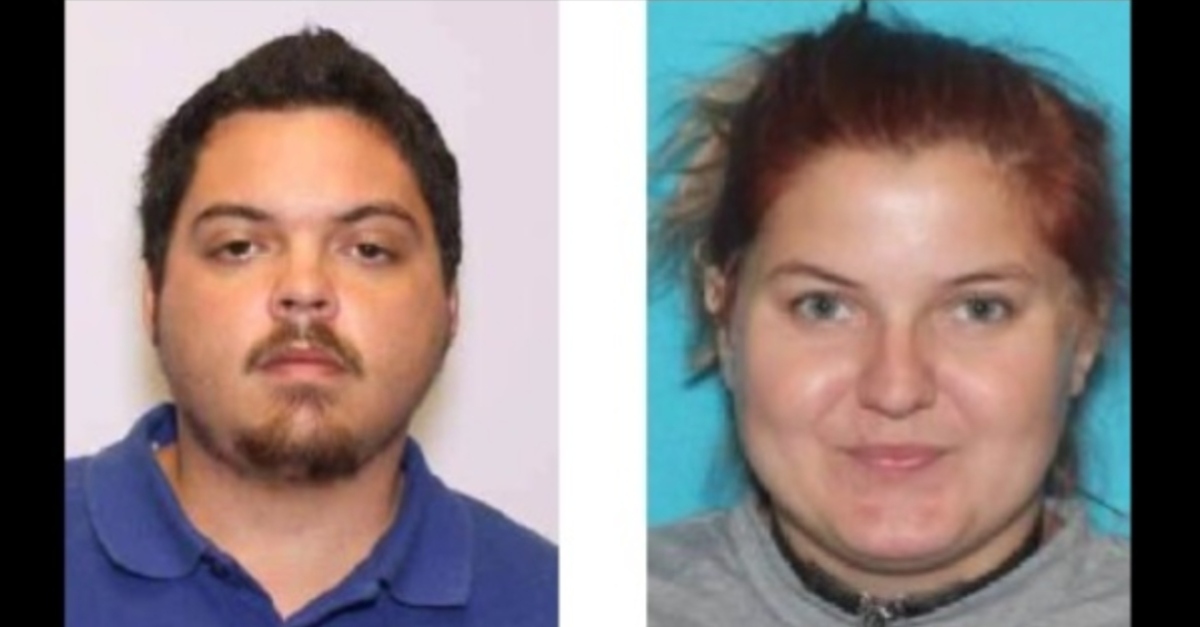 A North Carolina couple has been charged in the death of Brittany Simone Smith, 28, a pregnant woman found stuffed in a bag, the Wake County Sheriff’s Office announced. The bag has been described as a suitcase.

Thomas Clayton Johnson, 37, and Emmalei Grace Trevathan, 24, were arrested Wednesday during a traffic stop in the city of Raleigh, authorities said. Investigators have said Smith–six months pregnant and expecting a son–was last seen alive on Feb. 4 in the town of Wendell. A witness found her body Monday by the Neuse River.

That someone is allegedly more than one person.

The investigation is ongoing. The alleged motive behind all of this is unclear. Authorities say that the couple strangled Smith before putting her body in a suitcase, according to documents cited by the outlet.

“Our beautiful daughter, mother, granddaughter, sister, niece, cousin, and friend was snatched away from our lives and the lives of her innocent children,” the victim’s family said in a statement, which was both critical of some media coverage and the sheriff’s office investigation. “She is no longer with us to laugh, cry, dance, change, and become a woman of her full potential. Her baby did not get the opportunity to grow, love, play, and get to know his brothers.”

“She had a secret life, and she wouldn’t keep me informed, but she was doing stuff that I didn’t agree with,” Smith’s boyfriend Cody Page told WRAL. He claimed to see text messages in which Johnson was going to pick up the victim.

For reference, we’ll note that Page said that the victim had used drugs. Page acknowledged he also was recovering from a drug addiction.

“I loved that woman from the bottom of my heart, and would never harm that woman,” Page said, addressing social media accusations that he was behind what happened to Smith. “I never lay a finger on that woman a day in my life.”

The defendants are charged with murder, murder of an unborn child, and concealment of a body. A court staffer told Law&Crime that Johnson and Trevathan do not have attorneys of record.