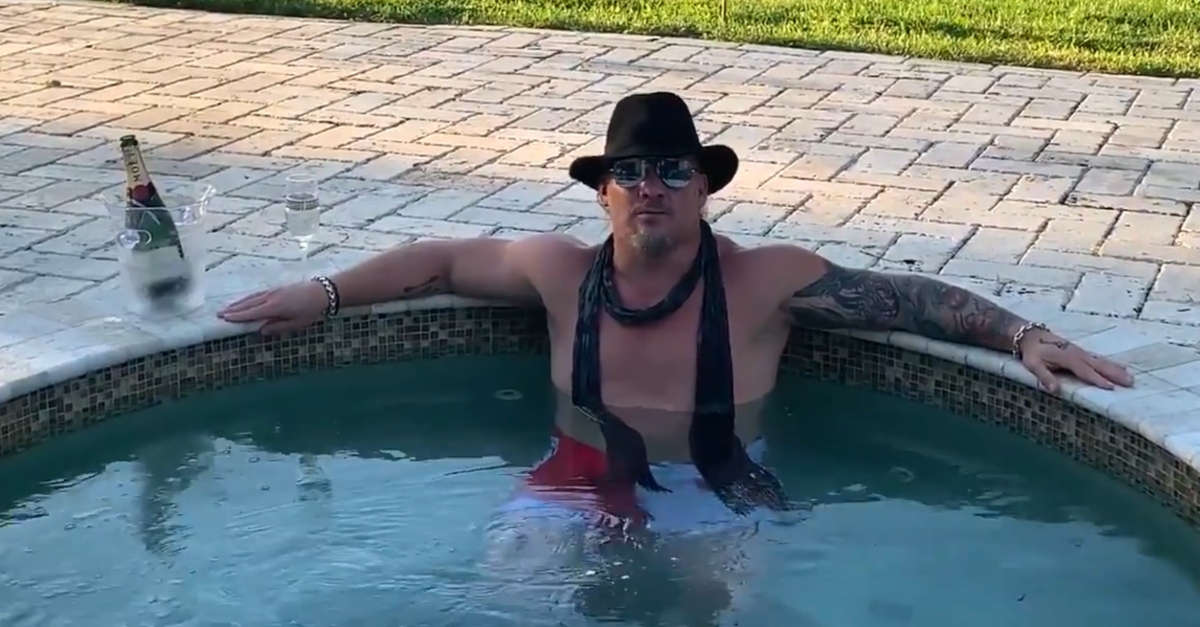 Officer Damon Miller Jr. told Law&Crime, however, that the belt has been recovered. Details remain scant because this is an open investigation.

For those who don’t follow pro-wrestling, AEW is positioning itself as the World Wrestling Entertainment’s (WWE) first major state-side competitor since World Champion Wrestling fell apart in 2000. It’s backed by billionaire money, and feuled in part by long-term criticism that some fans have against the WWE. Jericho, an established former WWE and WCW star, won the belt facing up-and-coming competitor “Hangman” Adam Page at their most recent Pay-Per-View event All Out. (Yes, we know wrestling’s scripted. Get over it.) Clearly, the final show before their new weekly series is a big deal, and meant to set the pace for the new company.

So, yeah, we guess it’s as good a time as any for their major championship to legitimately go missing.

As of 20 minutes ago, AEW belt investigation is still open and active per Tallahassee PD, despite the belt apparently being found.

The case was publicized Tuesday.

Tallahassee Police confirm that this is real. Jericho’s belt was stolen. https://t.co/S5Ht0LiYnx

Of course, Jericho released a tongue-in-cheek, in-character statement on the matter.

“Now as I a sit here at my palatial estate, my beautiful mansion, getting ready to have a little bit of the bubbly, I’m just imagining what I would do to that son of a bitch if he was here right now,” he said, sitting in a hot tub, drinking from a bottle of champagne, and promising a world-wide investigation.

Things are little more confusing in the boring ol’ reality. The TPD’s Facebook account actually announced the belt’s recovery Wednesday morning, but the post was deleted, according to The Tallahassee Democrat. In speaking with the outlet, Miller voiced surprise at the post being up, because the case was still open.