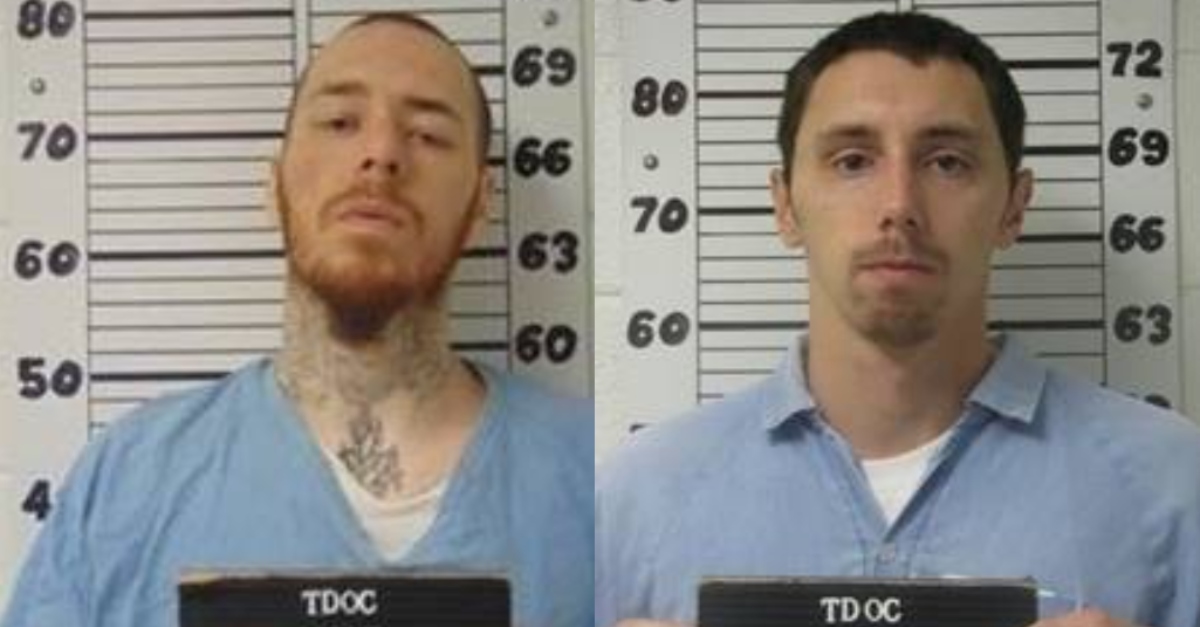 The Tennessee Department of Correction said that the duo fled from the Northwest Correctional Complex in Tiptonville at about 8:25 a.m. CT. According to the official account, the two were revealed to be missing after an emergency recount.

Sheriff’s deputies in Henry County, Tennessee said that Brown and Osteen kidnapped an employee with the Fulton County Kentucky Highway Department from a boat ramp on the Mississippi River. That was said to have happened at 9:15 a.m., just minutes after the emergency recount.

Deputies said the employee and his truck was found in Henry County. They said Brown and Osteen left him there.

“From statements made by the victim, who was blindfolded, it was believed that another vehicle had been taken by the escapees at an unknown location,” deputies said.

Authorities said there was another kidnapping, this time at a local home. Deputies said they found a resident tied up in his home, and that his 2009 red Chevrolet Silverado was stolen.

That search would end down at a Florida city in Broward County about a thousand miles from Tiptonville. Henry County deputies announced that both escapees were located in Pompano Beach According to officials, Brown was arrested first, and followed by Osteen.

The timing, lead up, and other in-context details behind the escape remains unclear. Brown’s 18 year sentence for aggravated rape was set to end in 2022, officials said. Osteen’s 8-year sentence for burglary was going to wrap up in 2023.

[Mugshots via Tennessee Department of Correction]