‘There’s a Body in the Back’: Police Working to Identify Whose Body Parts Were Found in Grisly U-Haul and Trash Bin Scenes 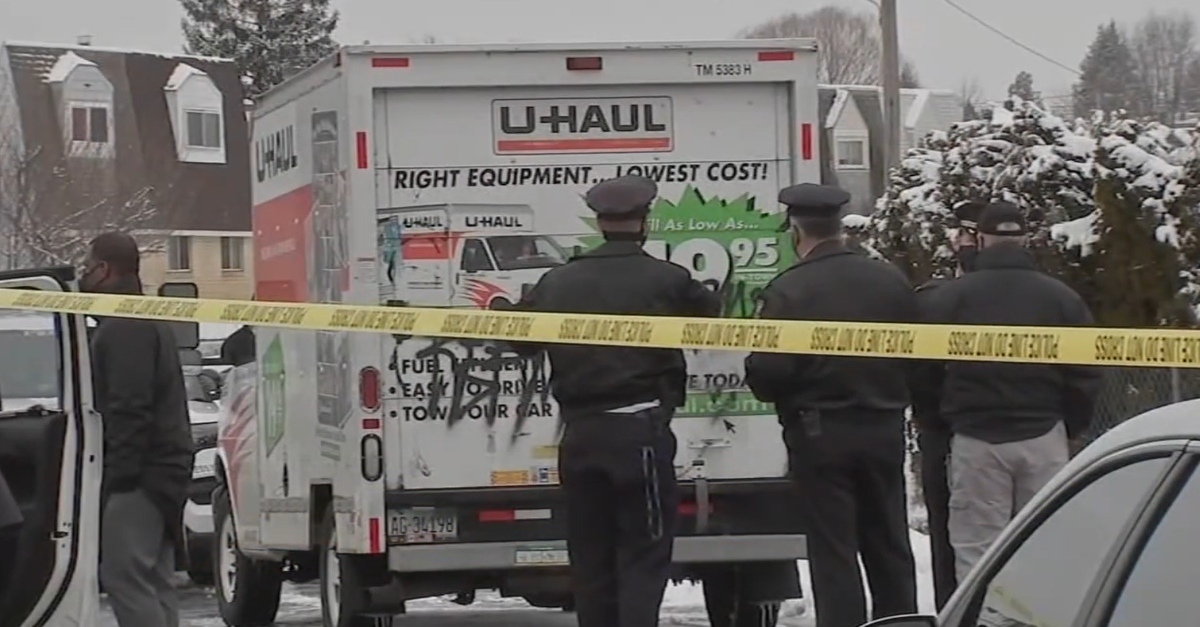 Police in Philadelphia, Pennsylvania are investigating a horrifying crime in which dismembered human remains were found in three locations. Strictly speaking, it’s publicly a mystery whether the body parts even belong to the same person. Police say they may know the identity of their possible victim, however. Neighbors identified the homeowner as Peter Gerold.

Police have not been able to identify the dismembered body but are working under the premise the victim is the owner of this home. Neighbors ID him as Peter Gerold … Neighbors say he was kind , gentle and offered work around his property often to those down on their luck … pic.twitter.com/S0VOgqv3Ge

The investigation started after cops got a report of a U-Haul involved in a burglary, according to WPVI. The vehicle left the scene. Officers caught up. The driver allegedly surrendered. According to this account, he said he didn’t want anything to do with this, and there was a body in the back. Officers said they found a trash bag containing body parts in the back, as well as a weapon.

“The vehicle pulled over, and as soon as the officers got out of the car the driver of the U-Haul just came right out the door and said, ‘I don’t want anything to do with this,’ and ‘There’s a body in the back,'” said Sgt. Eric Gripp, describing the events in a statement to WPVI.

Both the driver and the passenger in the vehicle were taken into custody, but cops did neither identified them nor announced charges.

Cops also said they found a leg and a hand in a dumpster behind a WaWa a third of a mile away from the first crime scene. Sources reportedly said body parts were also found in a garage behind Gerold’s home. Investigators believed there were signs these body parts had been subject to an attempted burning.

He is a licensed masseuse focusing on healing practices like reiki he even gave pet massages. He cared for exotic animals like birds , fish and turtles and made honey from bees in his yard that he shared with neighbors. They fear he offered work to someone who took advantage pic.twitter.com/0qKfpsNZqm

Sarah Barnett, a spokesperson for Animal Care & Control Team, said a range of animals were recovered from the home: including parrots, lizards, and koi fish, according to The Philadelphia Inquirer. She said it seemed as if the resident was attempt to breed and sell the birds, which can be worth thousands of dollars.