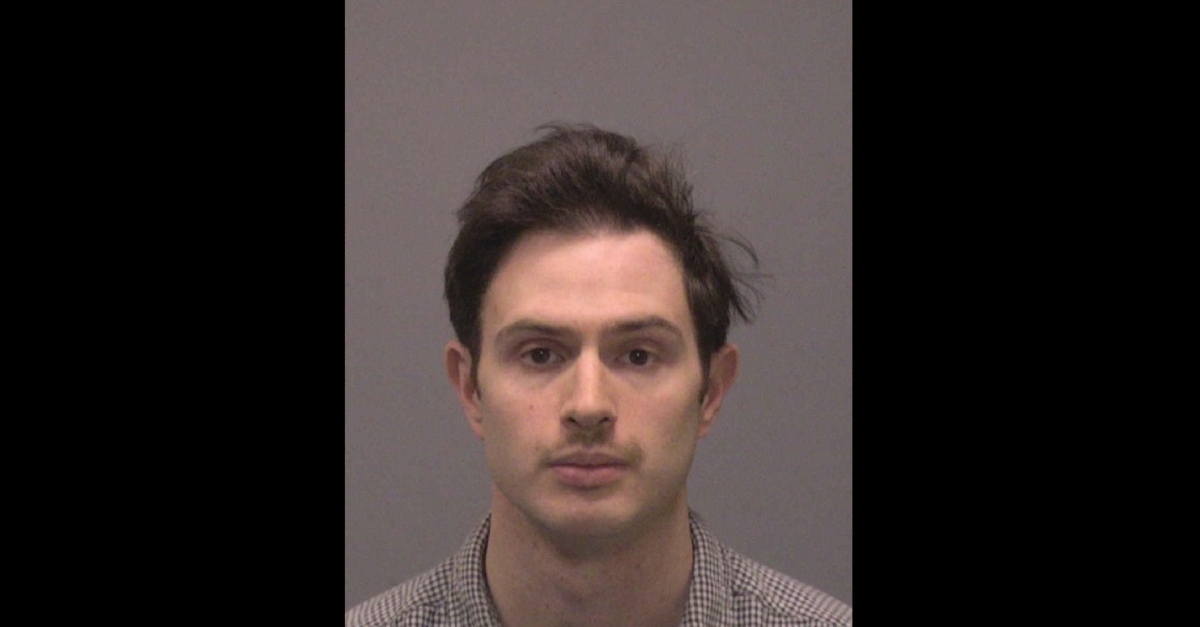 Adam Davenport, 31, has been charged for allegedly harassing lawyers Norm Pattis and Kevin Smith, attorneys for late murder defendant Fotis Dulos. Davenport is accused of making “over 30 phone calls” from two phone numbers, and going as far as to threaten the attorneys.

“You better watch your back in the parking lot,” Davenport said, according to an arrest warrant obtained by Law&Crime.

To be sure, the murder case was controversial from the very beginning. Jennifer Dulos went missing last May 24, and public suspicion quickly focused on her estranged husband Fotis Dulos, with whom she was in the middle of an ugly divorce. He was first charged with then-girlfriend Michelle Troconis for allegedly hiding evidence that his Jennifer was the victim of a violent crime. Fotis Dulos was recently charged with murder, but he died days after attempting suicide by carbon monoxide poisoning at his Farmington home amid troubles with his bond. Jennifer Dulos’s body has not been found.

Pattis defended Fotis Dulos throughout the entire process in a public, unequivocal defense that even grated on a judge. The attorney has gone as far as to suggest that Jennifer Dulos might have staged her disappearance.

Both attorneys said they’ve gotten threats before, but they took this seriously when the caller–who they did not know–said on Oct. 15 that “Smith is not safe” and “it’s gonna be real easy man, real easy,” according to the affidavit. In another incident, the suspect allegedly threatened Pattis, telling him he’d go to his office.

Police said they contacted the defendant, and he admitted he was angry over how Pattis spoke about the case in the media. Davenport said he “believes [Pattis] is spreading false information,” police said. Nonetheless, the defendant allegedly maintained he didn’t really mean anything by the calls, and that it was a mistake. He said he got intoxicated on the night of Oct. 15, and called the attorneys to get a rise out of them. He said he was sorry, explained that he recently lost his job and suffered from mental illness, and would apologize to the lawyers.

According to cops, the attorneys were told about this side of the story. Pattis said he didn’t want to press charges, but Smith said he did, explaining he had a family to look after, police said.

Davenport is charged with second-degree harassment, a misdemeanor. No attorney of record is named. A court date is scheduled for February 21.

Meanwhile, the murder case continues, even after the alleged killer’s death. Dulos’s co-defendants–Troconis and attorney-friend Kent Mawhinney–are charged with conspiracy in the case. She pleaded not guilty, and he has yet to enter plea.

The Fotis Dulos murder is still ongoing, technically speaking. A court hearing is scheduled for March 3, and the case against the deceased is likely to be dropped. Pattis said he actually wants it to continue, so the defense can push for an acquittal in court.

“Mr. Dulos was tried and convicted in the court of public opinion,” Pattis told Law&Crime shortly after Dulos’ death. “Now he has been executed. We remain committed to demonstrating he did not kill Jennifer.”

Under U.S. and Connecticut case law, that goal is unlikely at best.