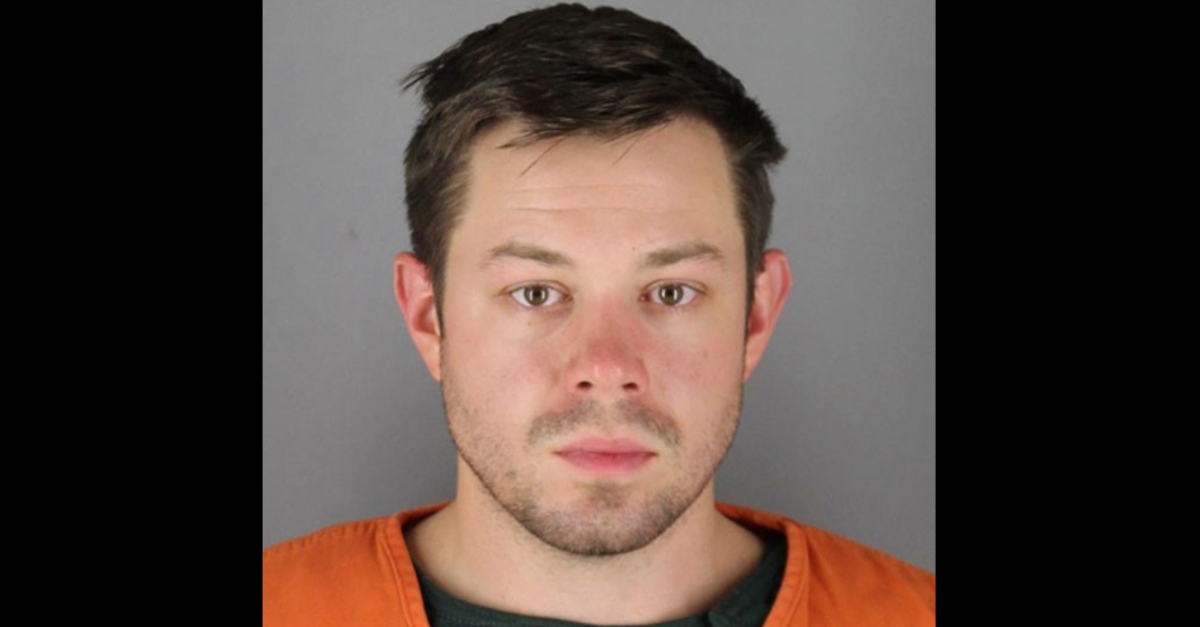 Authorities in Maple Grove, Minnesota have revealed more about how and why a local man allegedly killed his wife. Joshua David Fury, 28, murdered Maria Fury, 28, because she was leaving him, according to a probable cause statement released Tuesday.

The defendant reported the victim missing Thursday, officials said. He allegedly claimed that he left home for work at about 11 a.m. to 11:30 a.m., and that his wife said she was going to take a walk. But Maria Fury wasn’t there when suspect Joshua returned to work, according to this initial account. Her cell phone, however, was purportedly on the kitchen counter. The defendant biked around her routine walking route in a bid to find her, but to no avail. He ended up calling police.

Judging by the criminal case, that all was apparently a flat-out lie. During the search for Maria, law enforcement spoke to friends and family, who said the couple was having relationship problems, according to the probable cause statement. In the words of authorities, other people described Joshua Fury as “controlling and possessive.” The victim’s mother said that Maria was planning to leave the defendant.

Officers said they executed a search warrant accompanied by trained K-9s. The dogs sensed human remains in a crawl space on a lower level. A second search warrant let cops excavate the area, to discover that the victim had been buried in a dirt floor covered in plastic, authorities said.

The autopsy is pending, but investigators suggest Maria died as a result of asphyxiation from duct tape, and a plastic bag put on her mouth and nose.

This discovery led to the arrest of Joshua Fury. According to officials, the defendant at first denied harming his wife, and he attempted to blame all of this on her ex-boyfriend. Nonetheless, Fury later confessed, authorities said. He allegedly said he strangled her during an argument about her leaving him, and he said he felt a snap. (Authorities said she sustained neck trauma, but it didn’t seem broken.) In any case, he allegedly said she was “death breathing,” and he put a plastic bag over her head and nose until she stopped. From there, Fury allegedly buried her in the crawl space, and put plastic over the dirt.

The specific charge is second-degree murder: the act was allegedly committed with intent, but not premeditation. Fury allegedly told police he suffered from depression, and tried to die by suicide after the murder.

“He had threatened to kill himself before if Victim left as they have been having martial problems,” said the statement. “According to Defendant, the killing and cover-up took only two and half hours. Defendant said he intended to use the duct tape roll that he used to wrap Victim’s body to also hang missing posters for her.”

The family of Maria Fury, who was allegedly murdered by her husband, Joshua, & buried n a crawl space shared this statement today: pic.twitter.com/EmRAf0grcn

“Maria Pew is a victim of a horrific, unthinkable crime,” her family said in a statement. “But we will not allow her to be remembered that way; Maria would hate it if the world saw her as a victim. Maria was so much more. She was our daughter, our niece, our cousin, our friend; she loved her family and was fiercely loyal. A happy, strong, resilient, supportive, and caring individual, Maria did so much in her 28 years. But she also left behind hopes and dreams, and she left undone infinite possibilities.”

The family shared links to an advocacy group in a bid to help other women.

“In an effort to change the ending of Maria’s story for other women, we ask that you please consider supporting Cornerstone Advocacy Services’ safe housing problem,” they said. “If we can change the outcome for at least one woman, Maria would be so proud and honored. A link has been set up to donate in honor of ‘Maria’s Voice’: https://www.mightycause.com/story/Mariapew. Learn more about Cornerstone here: https://www.cornerstonemn.org.”

They also shared these resources for domestic abuse victims. There was a tense exchange between the two families waiting for Joshua’s first appearance when a woman from his family approached her family. “Get away from me!” a woman from Maria’s family yelled pic.twitter.com/wlqMVMVxuL

Joshua Fury’s attorney of record did not immediately respond to a Law&Crime request for comment. An initial appearance was set for 1:30 p.m. CT. Bail was set at $2 million.