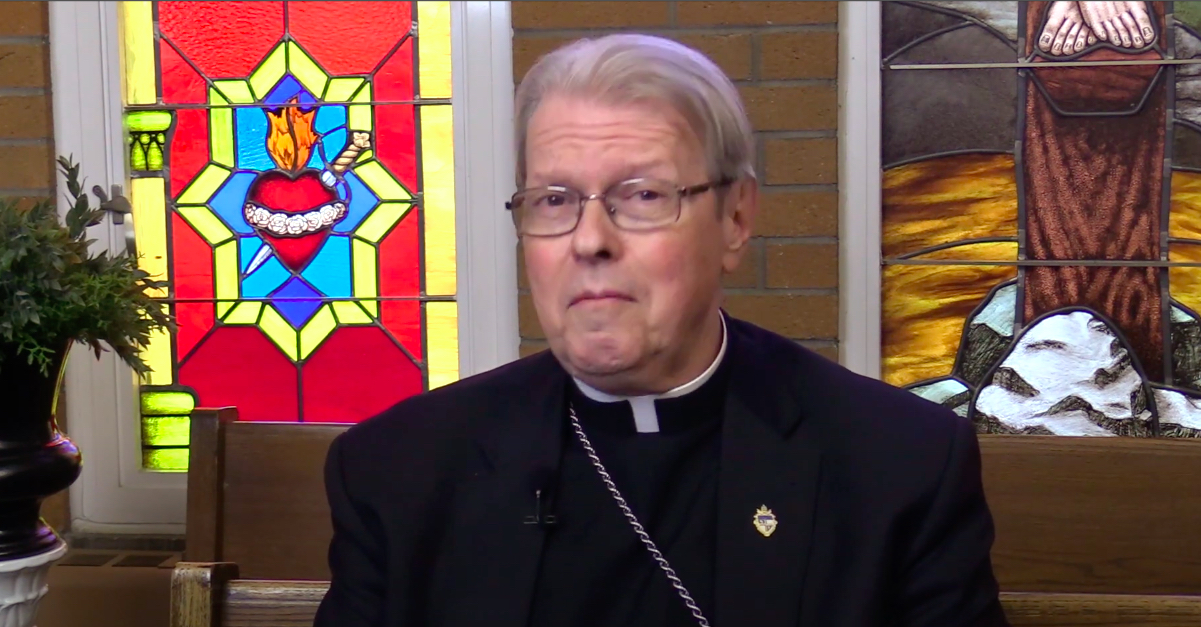 Bishop Edward B. Scharfenberger of the Buffalo Diocese

The Roman Catholic Diocese of Buffalo, N.Y. has filed a lawsuit requesting a court allow it to apply for a loan through the Paycheck Protection Program (PPP). The filing comes after the Small Business Administration (SBA) declared the diocese ineligible for such funds because it had already declared bankruptcy to avoid further Child Victims Act lawsuits. That’s according to reporting by the Buffalo News Tuesday evening.

According to the report, attorneys for the diocese claimed the SBA illegally excluded the organization from applying for a $1.7 million loan to pay its employees and prevent layoffs. Both, the diocese reasoned, would be necessary in the midst of social distancing health measures aimed at combatting the COVID-19 pandemic — which has left many places of worship (and offering plates) nearly empty these days.

The Buffalo Diocese was joined by the Rochester, N.Y. Diocese in the complaint, filed in the U.S. District Court for the Western District of New York, which seeks an injunction against the SBA for denying small businesses stimulus loans on the basis of their bankruptcy status.

According to local NPR station WBFO, approximately 250 lawsuits have been filed against the Buffalo Diocese by alleged abuse victims since the state reopened the filing window for the Child Victims Act window in August. The diocese said it ultimately expected more than 400 alleged victims to file suits.

In documents filed with the court, the diocese stated that it “will struggle to continue making payroll payments” for the duration of the emergency pandemic order. It argued that such circumstances fulfill the main eligibility requirements under the PPP.

Church lawyers further claimed that the bankruptcy rule was arbitrarily added to the legislation by the SBA. The diocese position is that the explicit language in the Coronavirus Aid, Relief, and Economic Security (CARES) Act did not restrict the diocese from loan eligibility.

As part of the Coronavirus Aid, Relief, and Economic Security (CARES) Act, the PPP was primarily intended to help the nation’s small businesses — those with less than 500 employees — to keep employees on their payroll and prevent mass layoffs. Churches and religious institutions are generally eligible for such loans, which are forgiven if 75-percent or more of the funds are used to pay employees.

New York State Sen. Brad Hoylman, a downstate Democrat who does not represent Buffalo in the state senate, said the Buffalo Diocese “should be ashamed” for seeking the money.

The Buffalo Diocese should be ashamed.

Now it is suing in court to receive federal stimulus money for which it is ineligible. https://t.co/QQWqjKmQtm