‘As If They’re Trolling’: The FBI Celebrates Martin Luther King Jr. Day in a Tweet 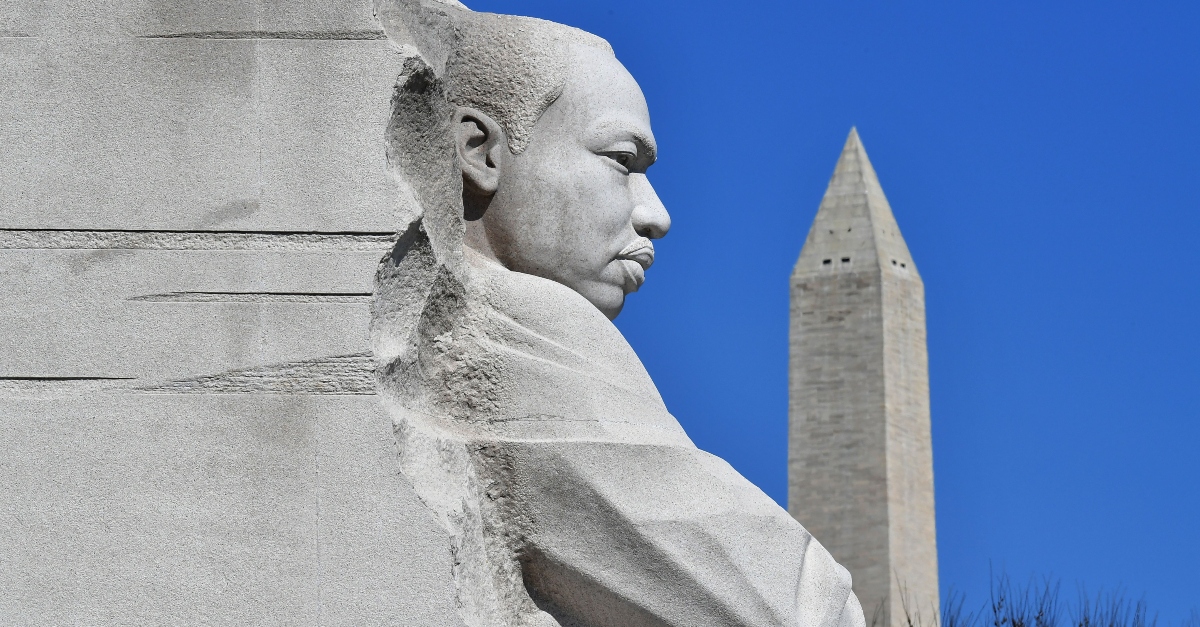 Hey, everyone. Happy Martin Luther King Jr. Day! Except to the Federal Bureau of Investigation.

Today, the FBI honors the life and work of the Reverend Dr. Martin Luther King, Jr. A quote from Dr. King is etched in stone at the FBI Academy’s reflection garden in Quantico as a reminder to all students and FBI employees: “The time is always right to do what is right.” #MLKDay pic.twitter.com/UKMLAAZw5w

Annual reminder that the FBI wrote to Martin Luther King Jr. and told him he’d be better off dead. #MLKDay https://t.co/SLD4cLs1aZ pic.twitter.com/k5forWJ8Yc

The bureau once sent King an anonymous letter. The letter, meant to appear written by a black person, told King to die by suicide.

“King, there is only one thing left for you to do,” the letter-writer stated. “You know what it is.”

Federal investigators later found that the FBI engaged in a campaign to discredit King even after his death because then-Director J. Edgar Hoover loathed the civil rights figure.

“Evidence obtained by the committee indicated that the allegation that Dr. King posed a threat to national security was merely a convenient rationalization used by the Director to justify his personal vendetta against the civil rights leader,” they wrote.

With all that in mind, the FBI is a popular target for on Twitter. That pattern continued Monday.

They do this every year, as if they’re trolling at this point. https://t.co/fYVbtnt6ex

Maybe sit this one out. https://t.co/8gDD8fK3bM

You hated him then and you’d hate him today if he were alive. https://t.co/xbltHzMIfD

Would it have killed you to add “we have tried to learn from our gross mistreatment of him”?https://t.co/WZoz8KLTRn

James Comey, one of Hoover’s successors, has called the the agency’s surveillance of King “shameful.”