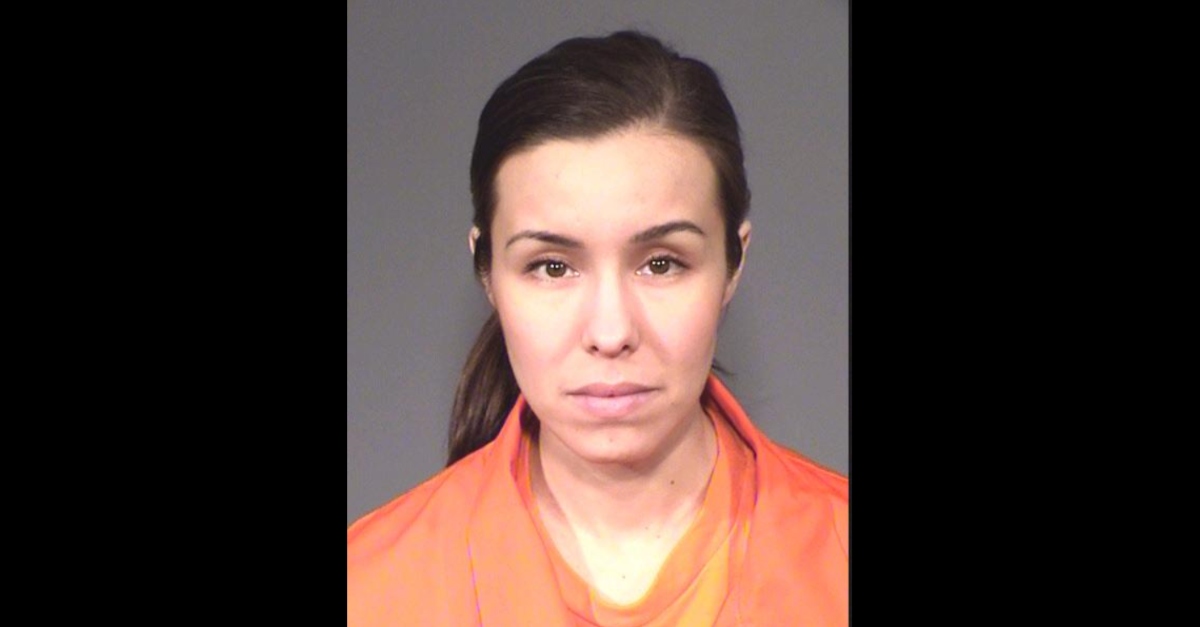 Will convicted murderer Jodi Arias ever leave prison? It doesn’t look like it. The Arizona Supreme Court on Wednesday declined to review her conviction in the 2000 killing of her ex-boyfriend Travis Alexander, according to 3TV/CBS 5.

This decision arrives months after an appellate court upheld Arias’s conviction, although judges at the time knocked trial prosecutor Juan Martinez for misconduct. Nonetheless, the underlying conviction remains. The court agreed that juror prejudice did not result in the conviction. Arias’s lawyers had argued that coverage of the case and Martinez’s conduct resulted in prejudice against the defendant that was so egregious that Arias should get a new trial.

The court didn’t buy it. They maintained there was enough evidence, including her confession.

“Because Arias admitted killing the victim, the State needed only show that she acted with premeditation rather than in self-defense,” they wrote in the opinion. “To prove her state of mind, the prosecutor presented substantial uncontroverted evidence that Arias planned the killing before she left California.”

According to the court, “uncontroverted evidence” included: a .25 caliber gun, the same as the murder weapon, was taken from the home of Arias’s grandparents less than a week before the murder; the defendant renting a car for her trip to Arizona even though she already owned one; obtaining gas containers and purchasing fuel multiple times before leaving California; and turning off her cell phone before she reached Arizona.

Arias shot and stabbed Alexander at his home, prosecutors said. Friends of the victim described the former couple’s relationship as passionate, but said the defendant exhibited odd behavior.

“And Travis just kept pushing her off and he’s like, ‘Jodi…get off me. Like, what are you doing?’” Sky Lovingier told 20/20 in a February report. “And I look at [then-husband Chris Hughes] and I’m like, ‘Does she not realize we’re sitting here?’”

Martinez was fired from the Maricopa County District Attorney’s Office in March, and consented in July to disbarment. He continued to deny allegations of prosecutorial misconduct and sexual harassment.

[Mugshot via Arizona Department of Corrections]