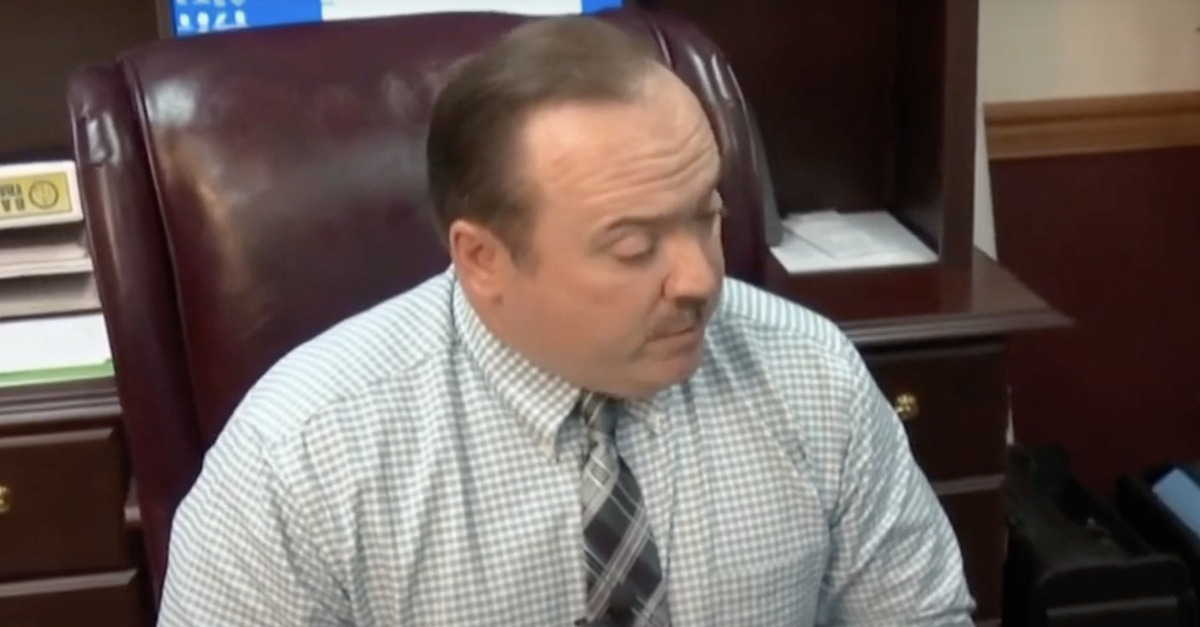 Goldy has been the Commonwealth’s prosecutor for Kentucky’s 21st Judicial Circuit, which includes Rowan, Bath, Menifee, and Montgomery Counties since January 2013, where he handles felony criminal cases. In its order suspending Goldy, the court included a report by the Inquiry Commission that investigated Goldy’s actions.

According to the Commission’s findings, Goldy met Misty Helton, an incarcerated defendant, in 2015 or 2016, and began communicating with Helton via Facebook Messenger. Over the next few years, Goldy communicated with Helton about a variety of legal matters, such as changing the dates of her court appearances. The two would go on to exchange hundreds of pages of messages. Often, Goldy would ask Helton for nude pictures and videos — requests to which she would sometimes comply.

According to official findings, Helton “believed [Goldy] always felt like she was in debt to him with sexual favors.”

For example, the report details a May 2018 conversation in which Helton sent Goldy nude photographs of herself. Goldy responded, “Wow Nice I do have most of those I think But they are very nice I’m sure you have some even better.” Helton responded that she may have more videos. Later, when Helton asked Goldy how she might request the return of seized property from the court, Goldy responded, “Why was there a failure to indict? If it’s because of labs or something they can still indict when they come back. Any luck finding that video.”

During the following weeks, Goldy messaged Helton several times that she “owed” him a video, reminding Helton, “Don’t forget me I’ve been patiently (or not so patiently) waiting lol,” and adding: “It better be worth the wait.” Further, the Commission found that Goldy and Helton exchanged many more messages over a seven-year period.

The Commission ultimately concluded that Goldy discussed Helton’s many criminal matters directly with her — without her counsel being present — and, “In return for his actions, Mr. Goldy solicited nude pictures and videos from Ms.Helton.” It also found that “Mr. Goldy maintained that the communications were in the normal course of his duties as Commonwealth Attorney.” However, the Commission determined that, “Throughout his testimony, Mr. Goldy shows a complete disregard for SCR 3 130(4 2) regarding communication with a person represented by counsel,” and that the relationship between Goldy and Helton “was not in the normal course of business for a Commonwealth Attorney.” Goldy also admitted to receiving nude pictures from Helton while she was a defendant in his judicial circuit.

Ms. Helton’s described [sic] in detail the quid pro quo nature of their relationship, her testimony was supported by the Facebook Messenger documents in which Mr. Goldy received nude photographs, requested more photographs  and continued to request a video from Ms.Helton in exchange for money and favorable actions in her criminal cases

The context of the messages supports Ms Helton’s testimony that the video requested was of a sexual nature. The evidence establishes probable cause to believe that Mr.Goldy abused his power by using his official position as Commonwealth Attorney to provide Ms. Helton with assistance in criminal matters for her benefit while he expected and requested actions of a sexual nature from her for his benefit.

Based on those factual findings, the Commission concluded that, “Mr. Goldy’s professional misconduct poses a substantial threat of harm to the public pursuant to SCR 3 165(1)(b),” and recommended his suspension.

Goldy has denied wrongdoing in the matter. In a recent interview conducted from jail, Helton told reporters that Goldy assisted her in court cases (such as by having warrants withdrawn and other “favors”) in exchange for nude photos and videos. “Being in debt to the commonwealth’s attorney is like a life sentence for somebody in the justice system,” explained Helton.

Video of Helton’s interview is available to view here:

Pursuant to the court’s order, Goldy must notify all his clients of his inability to provide further legal services, and must cease all advertising activities. The court noted that it was unable to entirely remove Goldy from office, because under Kentucky law, the only way to do so is via impeachment proceedings.

Goldy still faces possible disbarment for professional misconduct. He did not immediately respond to a request for comment.