Activist Who Calls Herself ‘Trump in a Dress’ Allegedly Recruited ‘Posse’ to ‘Arrest’ Ohio Governor, Sentence Him to ‘Exile’ or ‘Execution’ 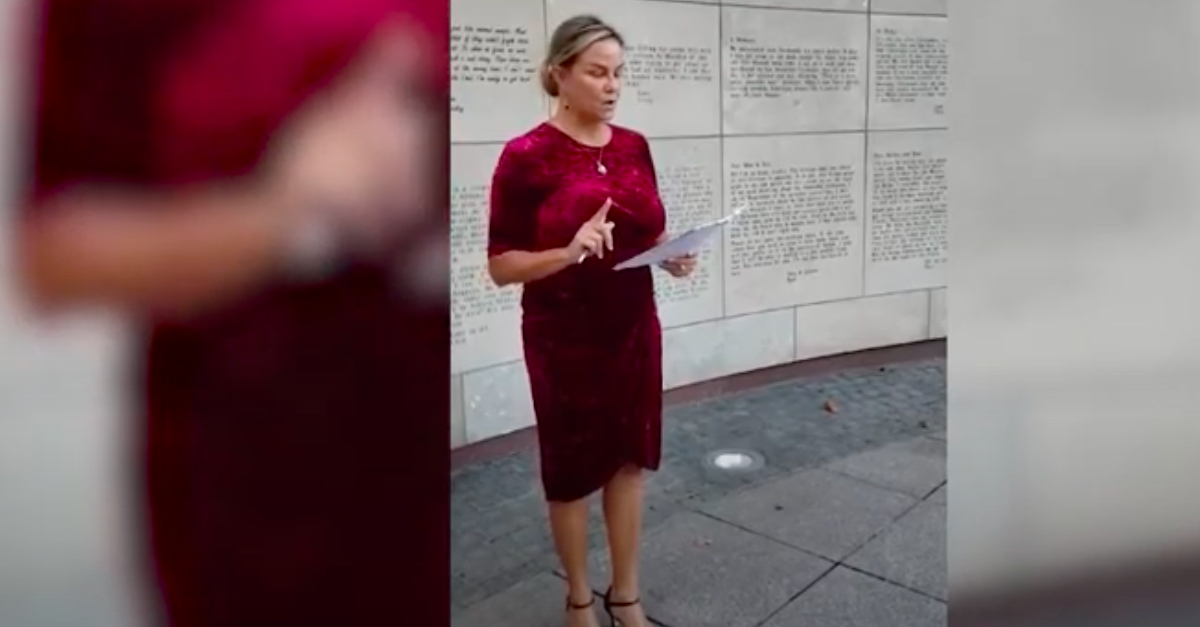 A former write-in GOP gubernatorial candidate with ties to the Ohio Republican party allegedly attempted to raise a “posse” to kidnap Gov. Mike DeWine (R), try him over his decision to implement pandemic-related health restrictions, and sentence him to either exile or death, the Ohio Capital Journal reported. Renea Turner’s alleged plan was discovered after one of the people she reportedly contacted to join the posse notified law enforcement.

The case, reminiscent of the recently foiled kidnapping plot against Gov. Gretchen Whitmer (D), has been referred to the Ohio State Highway Patrol, the agency charged with the governor’s security for further investigation. No arrests have been made.

According to an Oct. 16 Piqua Police Department report obtained by the Capital Journal, a citizen called that morning and told officers that he’d just received a call from Turner.

“Turner reportedly asked if they wanted to take part in an attempt to arrest the governor at his home later that weekend and try him for allegations of tyranny,” the report stated. The news organization did not report the identity of the caller, but Turner later agreed to an interview with Cleveland.com, telling the outlet she did make several such phone calls, but denied making any concrete plans. She also said she believed DeWine should be removed from office and placed under house arrest to “protect” him, adding that she should take his place as the state’s governor.

Turner took that notion a step further on Thursday, posting several photos and a video to her Facebook page in which she claimed to have dissolved the “political bands” between Ohioans and the governor; she proclaimed that she would be taking office “immediately.”

“Our Constitution will not have a Tyrant. We will have no Tyrant.  It is a Government of the People for the People by the People. Mike DeWine has become so corrupt that he has oppressed Ohioans. He has proven abuse and usurpations, pursuing invariably the same object, evinces a design to reduce Ohioans under absolute despotism,” Turner wrote in a lengthy post on her Facebook page. “It is my right and my duty, to alter such Government and provide new guards for Ohioans future as Ohio’s 71st Governor. I, Renea D.  Turner, will become the one people to dissolve the political bands which have connected us with another. Renea D. Turner will take the Governor Oath immediately!”

She also filmed herself taking the oath of office in a post captioned “history is being made.”

That very same Facebook page has an “about” section where Turner describes herself as “Trump in a dress!”

Ohio State Rep. John Becker (R), himself a staunch critic of DeWine, said he met with Turner earlier in the month—before the kidnapping allegations became public. He said that Turner expressed an interest in finding sheriff who would be willing to arrest the Governor. Becker also said Turner inquired about whether the governor’s home was public property, given his office. After finding out about the “foiled plot,” Becker posted a video on YouTube.

“The plot did not materialize and the governor was not in danger at all,” Becker said in the video. “But the plan was, and this is what gets scary, is they were planning to arrest the governor at his home, put him on trial for tyranny and with the potential penalty for that being either execution or exile.”

DeWine told reporters that he wasn’t aware of any plan to place him under unofficial “arrest.”

Law enforcement authorities earlier this month foiled plots to kidnap the governors of both Virginia and Michigan. Unlike DeWine, those governors are Democrats. The suspects in those incidents were allegedly motivated by pandemic-related health restrictions.