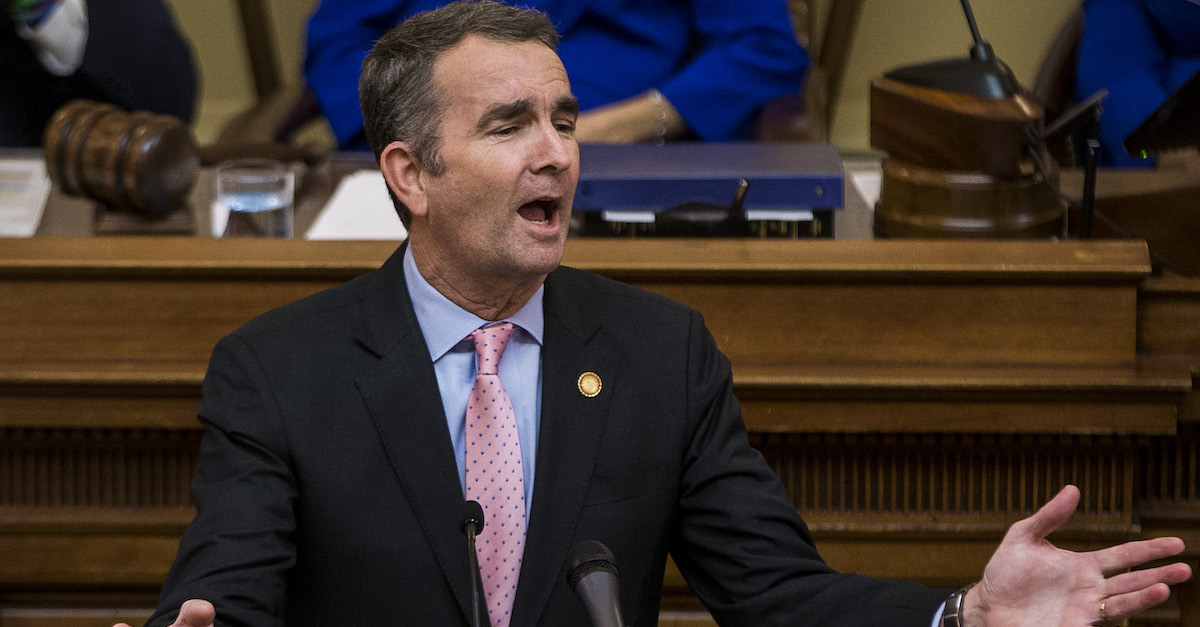 The Federal Bureau of Investigation (FBI) says the foiled kidnapping conspiracy by alleged criminals who refer to themselves as a “militia” also included Virginia Governor Ralph Northam (D).

During Tuesday morning testimony in a Michigan courtroom, Trask said that the far-right kidnapping plotters did not mention Northam by name–but alluded to him as a would-be “target” over the controversies that erupted after several governors across the country issued public health-focused proclamations to combat the still-raging novel coronavirus (COVID-19) pandemic in early spring.

“At this meeting they discussed possible targets, taking a sitting governor, specifically issues with the governor of Michigan and Virginia based on the lockdown orders,” Trask said, according to Reuters. His testimony was reportedly premised on information he claimed was confidential–including encrypted communications from the paramilitary group members themselves which was somehow obtained by law enforcement.

Trask went on to allege that one of the group member suspects suggested donning a pizza delivery person disguise and showing up at Whitmer’s house to “cap her,” which is a slang term for shooting someone with a firearm.

The FBI agent did not elaborate on any of the group’s would-be plans for what might have been done with Northam after he was taken into custody.

“The FBI alerted key members of the Governor’s security team throughout the course of their investigation,” Northam’s press secretary Alena Yarmosky said in a statement on Tuesday.

She added that in accord with “security protocols for highly-classified information, neither the governor nor other members of his staff were informed” before indictments were filed against the alleged plotters earlier this month.

“At no time was the Governor or his family in imminent danger,” Yarmosky said. “Enhanced security measures have been in place for Governor Northam and his family for quite some time, and they will remain.”

The new information regarding Northam as a potential target has raised eyebrows and directed renewed attention to President Donald Trump’s Twitter page and statements.

Online commentators couldn’t help but notice that at least one small group of men appeared to have taken the president up on his advice.

“President Trump called upon his supporters to ‘LIBERATE VIRGINIA’ in April — just like Michigan…The rhetoric coming out of this White House has serious and potentially deadly consequences. It must stop.” https://t.co/6buFNnYU8o

3 minutes after Donald Trump sent the “liberate Michigan” tweet, he sent a “liberate Virginia” one. You can parse Trump’s tweets as long as you want. No need for explanation. His followers know exactly what he means. #Northam https://t.co/aym6dvkKgt