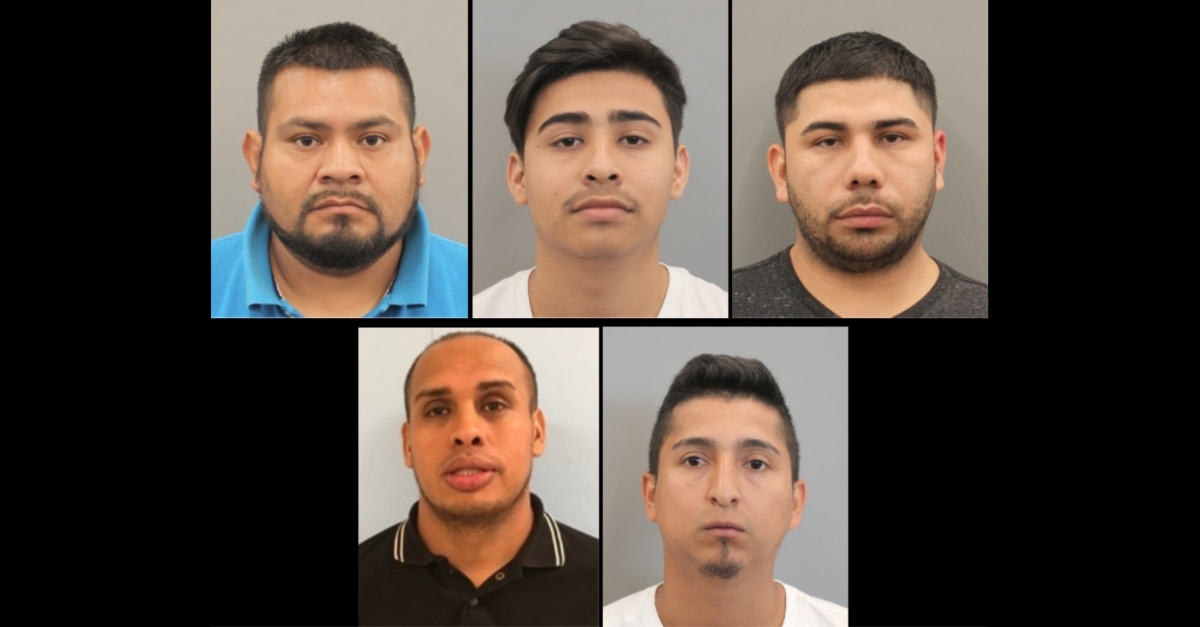 Police in Houston, Texas have announced the arrests of 5 suspects in a smuggling and kidnapping case. Two women and 16 men were held captive, cops said on Friday. The survivors were described by Houston Police Chief Art Acevedo as immigrants “from various Latin American countries.”

Charges include engaging in organized criminal activity by kidnapping. Aviles-Diaz, Silvestre, and Campos-Gomez are also charged with aggravated sexual assault. It’s unclear if the defendants have attorneys in this matter.

Chief Acevedo told reporters in a press conference Friday that on June 5, a family member told police about a relative being kidnapped and held for ransom in the Houston area. Investigators performed a traffic stop in the area in which the kidnappers were believed to be. This resulted in them saving a juvenile, and detaining several suspects. The Department of Homeland Security (DHS) participated in the investigation.

Chief @ArtAcevedo: these women were held captive and assaulted for 25 days. Of the 5 men arrested, 3 are charged w sexual assault. More charges are possible. #abc13 pic.twitter.com/M88zLIYQvz

Victims: 2 women & 16 men. Acevedo says the 16 men were being held with little/no clothing on—so they couldn’t run. They were enslaved “in some cases for work, in some cases for sex.” #abc13

There was a rescue operation in northwest Houston to save the victims. There was also a money exchange to purchase an additional victim, cops said. Authorities learned about a stash house containing others held against their will. Another rescue operation at this residence resulted in the release of 16 other people, said cops.

Acevedo: “More than likely they were smuggled thru and brought to a safe house.” On June 5, a family contacted HPD to report their relative was held hostage for ransom money. #abc13

The women were sexually assaulted, authorities said. The male survivors were detained down to their “skivvys” to prevent escape, and were “enslaved, in some cases, for work and sex,” cops said.