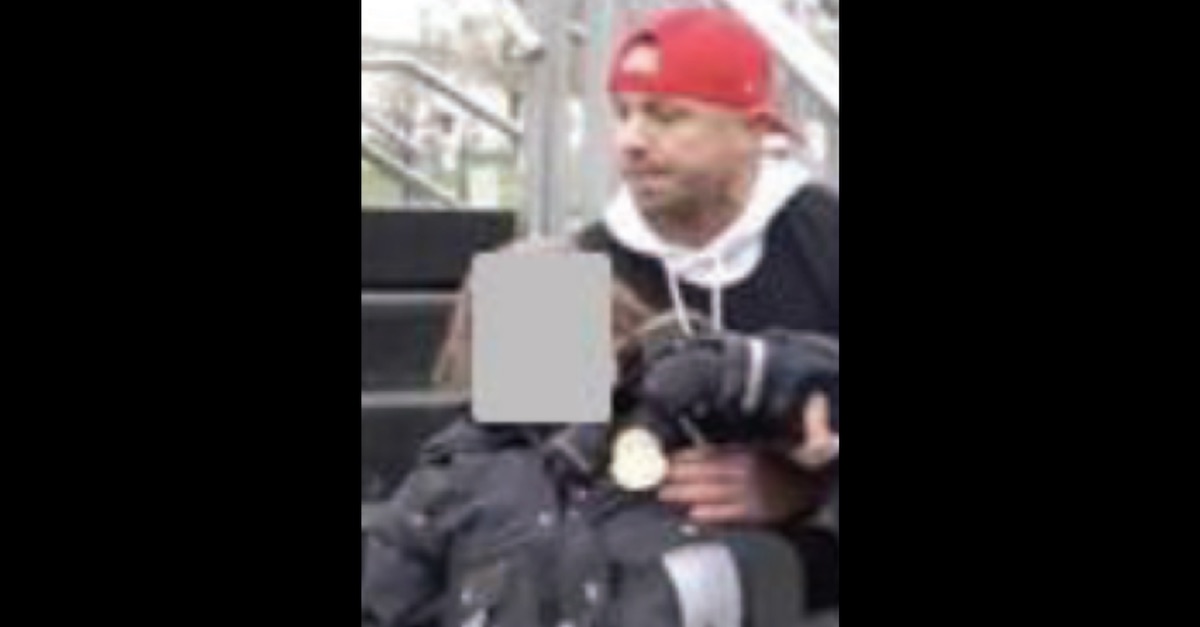 The suspect picking up the concussed officer and allegedly saying, “We don’t have to hurt you. Why are you standing in our way?”

Bucks County, Pennsylvania man Ryan Samsel, 37, has been arrested and charged with federal crimes for his alleged actions during the insurrection at the Capitol on Jan. 6.

According to the complaint documenting the FBI’s investigatory findings about Samsel’s role in the riot, the defendant positioned himself at a barricade and assumed an “aggressive posture,” turning his MAGA hat around in a way that the feds believed was a bro-ready-for-bar-brawl stance. The charging document reads, “[Samsel] turned his hat around backwards in a manner that appears as if [he] was preparing for a physical altercation.”

Samsel took off his jacket, turned his MAGA hat backwards, and charged the barricades.

The viral video below tells the story:

After he broke through the barricade, Samsel and others allegedly knocked down a police officer. That officer hit her head on the cement steps and was knocked unconscious. According to the feds, Samsel picked the officer up off the ground, and handed her to a fellow officer. That moment is pictured at the top of the story.

By this time, the officer had regained consciousness and heard Samsel say, “We don’t have to hurt you. Why are you standing in our way?” The officer later blacked out a second time, was taken to the hospital, and was diagnosed with a concussion.

At one point, the charging documents tell the story in a series of pictures: 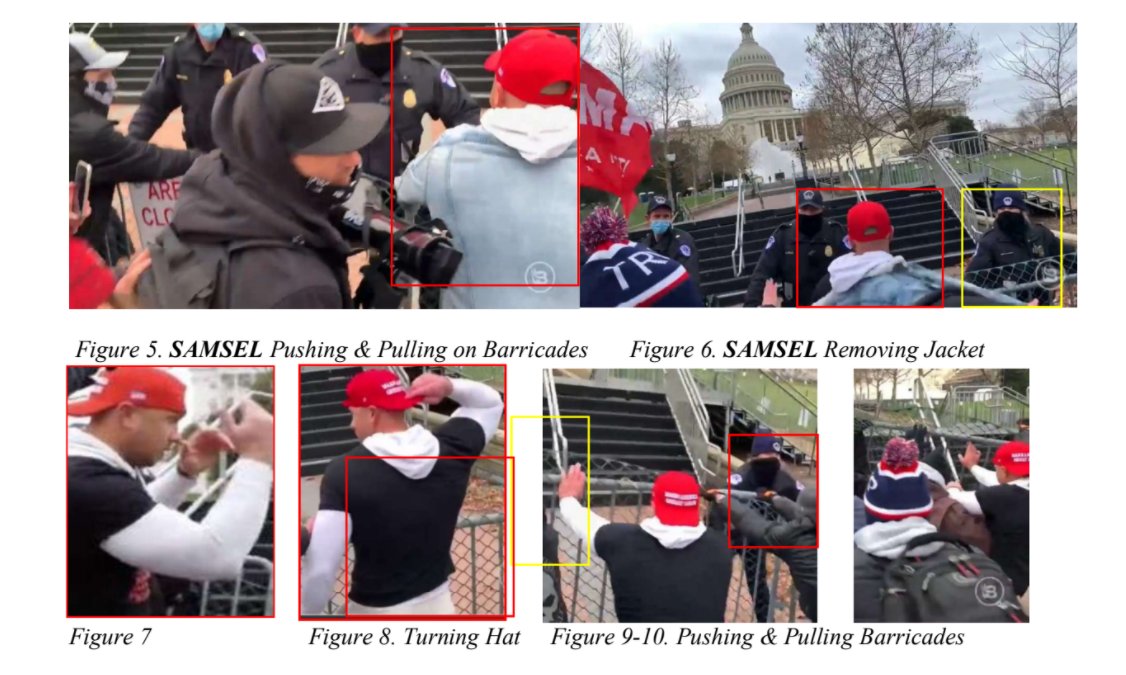 The violence at the Capitol isn’t been Samsel’s first run-in with the law. He is on parole in Pennsylvania and is wanted in Riverside, New Jersey on an assault warrant dating back to 2019.

Samsel was arrested on Saturday in the Eastern District of Pennsylvania.