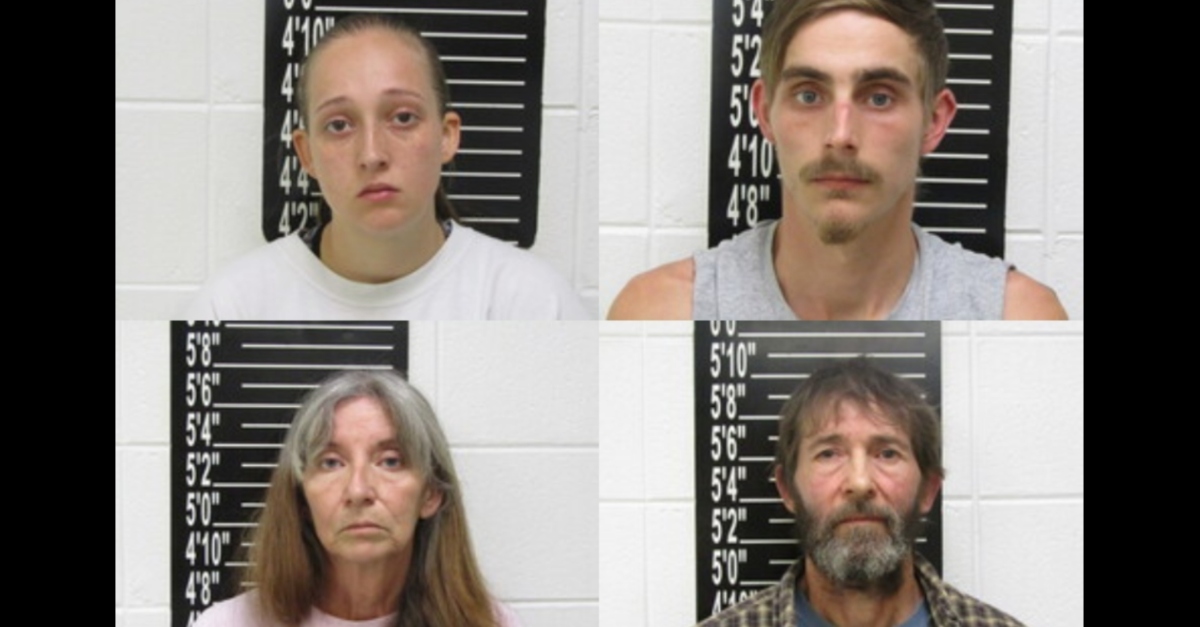 Judging by the allegations from Missouri deputies, there’s a lot of blame to go around in the abuse of a four-year-old boy. Four adults have been charged in mistreatment resulted in injuries and “extreme malnutrition,’ according to the Stone County Sheriff’s Office on Friday. Investigators say they even found a wooden crate made of pallets at the residence. They suggest the child was caged inside for lengthy periods of time.

Deputies say this incident popped up on their radar in regard to a unresponsive four-year-old boy. The child was taken to the Cox South Hospital, then airlifted to Kansas City. He was described as being in critical condition. Medical personnel said his injuries were consistent with physical abuse. The four defendant each lived at his home, authorities said.

Barton was identified as the child’s mother, according to Fox 2 Now. She allegedly told a detective that the child had been hurting himself (eg. clawing at his arms, and banging his head). When asked if she sought medical attention, she allegedly said her attempts to get on Medicaid were delayed because of the COVID-19 pandemic. A nurse told detectives that it was not possible for certain injuries to be self-inflicted, officials said.

Barton’s public defender did not immediately respond to a Law&Crime request for comment. Neither did Hilliker’s lawyer. Kost and McLendon do not have attorneys of record as of Sunday.