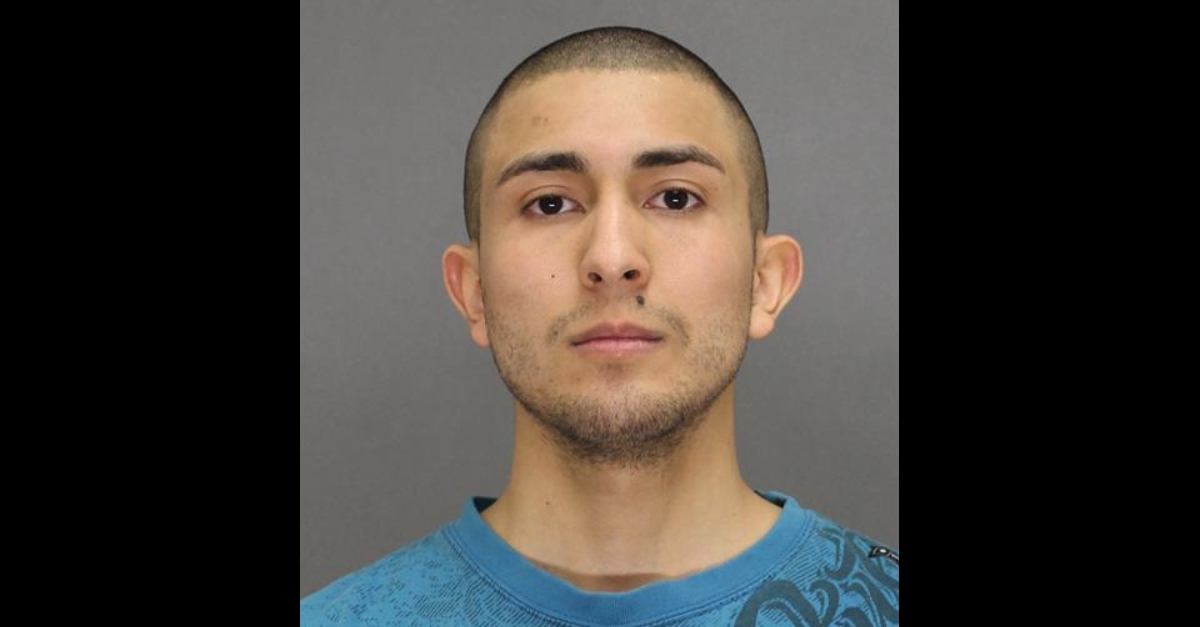 A man has been accused of an ugly murder in Green Bay, Wisconsin.

Andres Garcia-Saenz, 22, is charged with first-degree intentional homicide and burglary with a dangerous weapon, according to records viewed by Law&Crime. He’s been charged in the stabbing death of Douglas Campbell, 73.

Brown County Deputy District Attorney Dana Johnson laid out the allegation like this.

“The total number of estimate stab wounds at that time were approximately 175,” he said in a probable cause hearing covered by WBAY-TV. “A large number of the wounds were at the back of the head and neck.”

Police said that Garcia-Saenz burglarized the victim’s home. A knife and hammer were at the scene. The defendant allegedly told cops that he and Campbell met on a dating app and that he went to his home, but he kept changing his story on how long they had known each another.

Some of Campbell’s things were found in trash outside of the defendant’s apartment, police said in the WBAY report.

In court, there was clear friction between Garcia-Saenz and his defense lawyer on whether he should speak before the court.

“I request that the mute be put on,” the lawyer Jeffrey Cano told the court. “All I’ve heard is he wants to say please. That’s it.”

Garcia-Saenz had more to say than “please.” He denied killing Campbell.

“Sir, I didn’t kill Doug,” he said. “I would have never killed Doug. I’m religious person your honor.” The defendant asserted that he was drunk and high when speaking to cops, according to WLUK-TV.