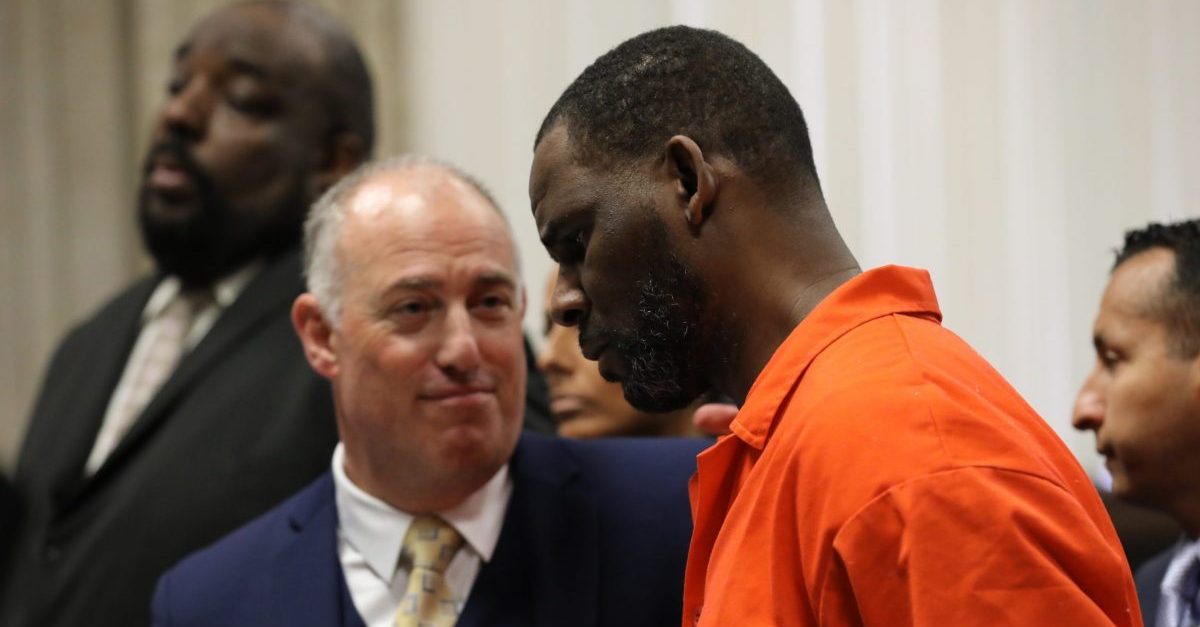 Attorneys for embattled R&B singer R. Kelly are hitting back at a Chicago Tribune editorial board opinion which suggests Kelly should remain locked up while other inmates go free during the coronavirus pandemic. The editorial board’s opinion was basically that Kelly, who is accused of a series of sex crimes, is simply too dangerous to release.

“We were disheartened with the editorial,” wrote Kelly attorneys Steve Greenberg and Mike Leonard. They said Chicago’s Metropolititan Correctional Center “in crisis” because of COVID-19 and noted that “[t]he number of detainees and MCC personnel stricken with COVID-19 has risen exponentially.”

“[T]he virus will continue to rage there in light of its conditions, coupled with its lack of an effective response. The MCC has no idea of the rate of actual infection, and social distancing at the MCC is impossible,” the attorneys wrote.

The editorial board cited the federal judge who refused to free Kelly as part of its rationale for the opinion.

“The defendant is currently in custody because of the risks that he will flee or attempt to obstruct, threaten or intimidate prospective witnesses,” the Tribune quoted the judge.

“That’s a good call by the judge . . . [t]he defendant will get his case heard in full if it goes to trial this fall,” the editorial board opined while admitting the decision was in “puzzling contrast to another call” by another judge in Chicago “who freed alleged street gang member Jose Flores from the same lockup.”

“Our view is that while detainees and convicted prisoners have a right to petition for release to avoid contagion and deserve to be heard, protecting public safety is paramount,” the editorial board rationalized.  “Anyone who represents a threat to the community or is a flight risk is behind bars for a reason. Even during a pandemic.”

And, then, the editorial board said this: “The best advice for staying healthy is to avoid trouble with the law.”

Kelly’s attorneys said the editorial board “missed the primary issue,” which they framed as “whether the MCC could adequately protect Kelly.”

“Instead of putting forth easy, headline-grabbing material in the form of an editorial, the editorial board and the Tribune would have better served its readers by reporting on the crisis at the MCC and thus explaining the context for these two bail motions,” they said.