Man Coughed on Cashier After Complaining That Social Distancing Was Getting ‘Out of Hand’: Deputies 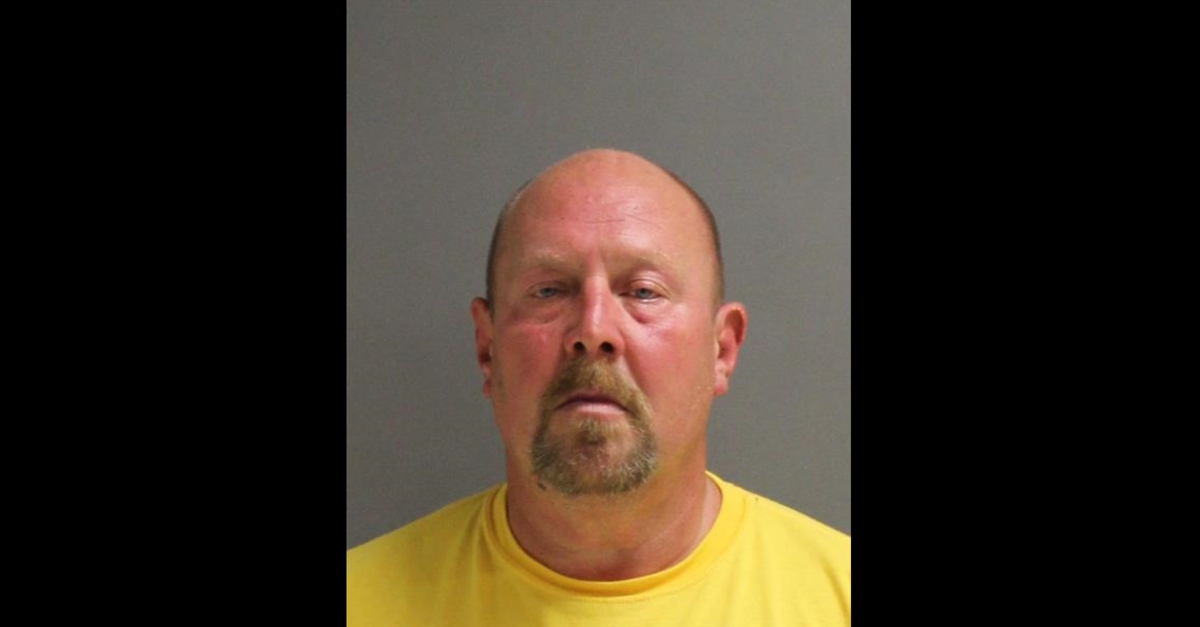 Even proponents of social distancing would agree that the practice is incredibly demanding. But what do we do about it? A) Ride it out to limit the spread of the novel coronavirus? B) Donate money to the less fortunate, who’ve been hit hard by measures? C) Cough all over the damn place?

A Florida man is accused of going with option C. Christopher Canfora, 49, is charged with aggravated assault with intent to commit a felony, according to records reviewed by Law&Crime.

A cashier at a hardware story claimed that the incident happened at work on Tuesday morning, deputies said in an arrest report. She claimed that Canfora, a customer, approached her register for checkout and laughed at the “boxes” on the ground, which were meant to mark a six-foot distance.

“This is getting out of hand,” Canfora allegedly said, implicitly referencing social distancing. “This is why everywhere I go I cough behind everyone with a mask on.”

The cashier claimed that the defendant went up, and coughed all over her and the register without covering his mouth, deputies said.

A store manager backed up the story, authorities said. She claimed to hear Canfora laugh and make fun of the social distancing boxes on the ground, according to the arrest report. This witness said she saw Canfora tell the cashier he was “over all of this,” and he coughed all over the counter.

Both the cashier and the manager claimed to hear the defendant say he was on the way to a Winn-Dixie supermarket, and would do this again there.

Deputies said they met up with Canfora at his home, and he agreed to speak. He said he didn’t’ remember any incident with the staff, and just described himself as “happy-go-lucky,” according to the arrest report. The defendant allegedly denied coughing on anyone, but did remember speaking to the cashier about COVID-19.

[Canfora told] the cashier how the virus was getting out of control and everyone was coughing while standing in his “little square.”

“Canfora stated he did not expect anyone to understand his sense of humor, as he and his partner joke around at his work frequently, though he did not remember exactly what he said to the employees there,” deputies wrote.

Well, apparently, authorities didn’t get his sense of humor, either. They construed his alleged actions as a threat followed by an assault. Deputies said his statement created a “well-founded fear” in the mind of the cashier that violence was about to take place.

The defendant’s attorney of record did not immediately respond to a Law&Crime request for comment.