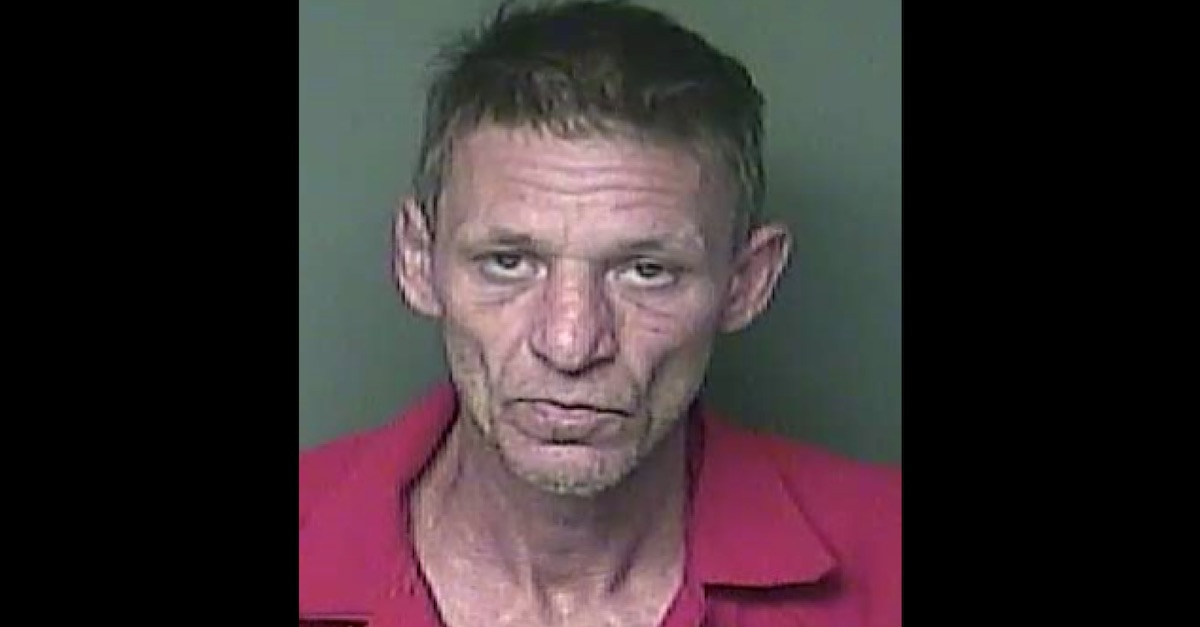 He burned down her “she shed.”

A Hamburg, Louisiana man who was apparently upset that he had not yet received his stimulus check disbursement from the Internal Revenue Service amid the coronavirus pandemic allegedly lit his mom’s shed on fire in Avoyelles Parish last Friday.

According to authorities, 51-year-old Marvin Smith Jr. set his mom’s shed on fire after an argument about the non-existent check, which you surely know by now will have President Donald Trump’s name on it. The defendant allegedly then fled the scene in an unspecified “recreational vehicle.”

Authorities responded to the residence just before 1 p.m. on April 17, a news release on the incident said.

The State Fire Marshal’s Office (SFM) investigators assessed the shed fire scene and determined that the fire was no accident. According to the fire experts who analyzed the scene, the shed blaze was intentionally set from the inside of the structure.

Authorities said they learned shortly thereafter what sparked the controversy and the fire:

Deputies learned Smith got into an argument with his mother over his stimulus check status. Witnesses statements indicate Smith was inside of the shed just moments before smoke and flames were seen and he was fleeing the area on a recreational vehicle.

The Monday news release said that Smith Jr. had a knife on him when he was taken into custody by the Avoyelles Parish Sheriff’s Office.

Jail records reviewed by Law&Crime show that Smith Jr. was booked on Friday. Per the SFM, the charge for the shed fire is simple arson, but the defendant was “booked on multiple charges including the one associated with this case.” It’s not immediately clear what that entails.

It’s also not clear at this time if Smith Jr. has an attorney in this matter.