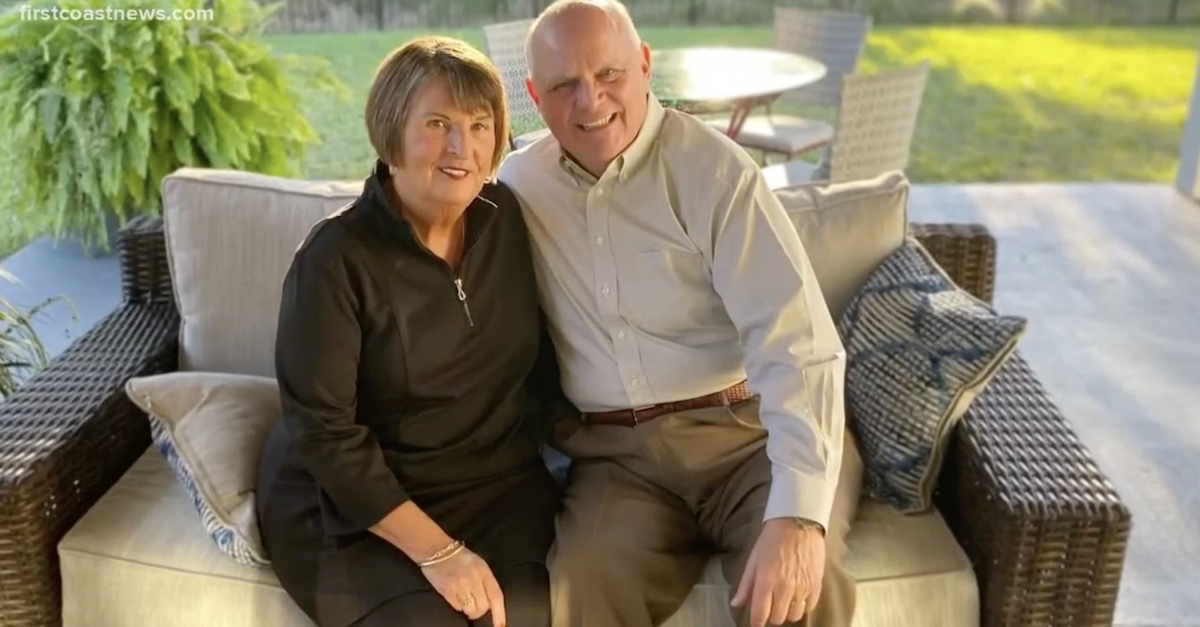 A Florida appellate court has ruled that a COVID-19 patient’s family cannot force a hospital to treat the patient with ivermectin, melatonin, or other treatments against the hospital’s will. Citing state law, the judges decided that patients have the right to refuse treatment or choose among treatment options, but not to force a medical provider to provide any specific treatment.

A unanimous per curiam opinion by a three-judge panel at the First District Court of Appeal — yes, the proper name is singular — rejected a plea by the family and upheld the ruling of a trial court.  The lower court refused to grant emergency injunctive relief to force the Mayo Clinic Florida to administer a protocol of “specific doses of Lovenox, aspirin, Famotidine, Dexamethasone, Fluvoxamine, Doxycycline, Vitamin C, Vitamin D3, Zinc, Melatonin, and ivermectin” to Daniel Pisano, a 71-year-old man who was being treated at the Mayo Clinic for COVID-19.

According to the opinion, which was rendered on Jan. 14 but published on Jan. 27, Pisano was admitted to the clinic on Dec. 11, 2021, and his condition soon deteriorated. Within a week, he was on a ventilator and in a medically-induced coma in the intensive care unit. His family, including wife Claudia Pisano and son Christopher Pisano, were told by the doctors at the hospital that they had exhausted the possible course of treatment and estimated his chance of survival to be between 0-5%.

An outside doctor, Dr. Ed Balboa, was the one who recommended the alternative protocol that included ivermectin and other treatments, and Pisano’s family requested that the Mayo Clinic administer this protocol, offering to sign a waiver releasing the hospital from all liability if they did so.

Mayo Clinic, like most hospitals, has a “closed staff” and only allows its own approved doctors to treat patients within its facilities. In addition to not being an employee of or under contract with Mayo Clinic, Balbona failed to meet several of Mayo’s requirements for doctors to treat patients in their ICU, including “being board-certified in both critical-care medicine and the physician’s primary field,” the opinion noted.

The hospital would not allow Balbona to treat a patient under its care, and none of the internal staff were willing to administer the complete protocol advocated by the patient’s family. Some were willing to give certain drugs, but administered in lower doses than Balbona had wanted. Ivermectin drew specific objections, and no one at Mayo would agree to give that drug to Pisano:

In particular, no one on Mayo Clinic’s staff was willing to prescribe or administer ivermectin. According to Mayo Clinic, there had been no showing that ivermectin is effective in treating late-stage COVID-19 patients like Mr. Pisano, it was not FDA approved to treat COVID-19, and no national or international organization recommends its use for COVID-19. Mayo Clinic prohibits staff from prescribing or administering medications for off-label use that are not supported by medical literature and approved through Mayo Clinic’s approval procedures.

Franco also raised other objections to Balbona’s treatment protocols, stating that the recommended dosage and frequency of ivermectin was higher than the standard dose for the drug’s approved uses, and there were concerns about side effects, including bleeding and interactions with Pisano’s other medications.

On Dec. 29, 2021, Claudia and Christopher Pisano filed an emergency petition for injunctive relief in the Duval County Circuit Court, and a hearing was held the next day, Dec. 30. The Pisanos argued that Florida Probate Rule 5.900, which allows for expedited judicial intervention concerning medical treatment procedures, entitled them to relief to order Mayo Clinic to administer Balbona’s protocol, including the ivermectin, and submitted medical research and information about Balbona’s treatment of other COVID-19 patients to support their case.

Mayo Clinic countered that no Florida appellate court had interpreted Probate Rule 5.900 to operate in a way that would force a hospital to provide a specific treatment against the medical judgment of its own doctors. The Pisanos also had failed to sufficiently show there was legal authority to force the hospital to administer its desired treatment regimen and failed to establish the elements required for injunctive relief, the clinic also argued.

Balbona testified at the hearing. He stated his belief that ivermectin was helpful and had helped other COVID-19 patients of his in the past. Upon cross-examination by the Mayo Clinic attorneys, Balbona acknowledged a number of issues and criticisms with an ivermectin protocol for COVID-19:

On cross-examination, Dr. Balbona confirmed that he had never been permitted to administer ivermectin in a hospital setting except in one court-ordered circumstance. That patient died, not from COVID-19, but instead from bleeding. Furthermore, none of the other COVID-19 patients he had treated with his protocol were on ventilators like Mr. Pisano. Some of his COVID- 19 patients had been hospitalized and were treated by doctors who wanted to place them in intensive care or on ventilators, but they discharged themselves so Dr. Balbona could treat them. Dr. Balbona stated there were no hospitals in Jacksonville that allowed ivermectin to be administered, though there were hospitals in South Florida . . . . He acknowledged that several major health organizations were either neutral on the use of ivermectin to treat COVID-19 or were opposed to it. The FDA was opposed to it. He agreed that no major health organizations were in favor of it.

According to Jacksonvilla, Fla. television stations WJXX and WTLV, Mayo Clinic attorney Ed McCarthy “conceded the deathbed petition of Pisano’s family presents ‘a very, very difficult situation,’ but said requiring the hospital to provide a medical treatment opposed by his doctors would set a dangerous precedent.”

“The legal remedy that they seek,” McCarthy argued at the hearing, “while grounded in good intentions, is asking the Court to substitute its judgment for the medical professionals’ judgment and, frankly, would undermine the integrity of the practice of medicine.”

The trial court denied the Pisanos’ petition on the merits, finding they had failed to demonstrate a likelihood of success on the merits and failed to establish they were entitled to a preliminary injunction. The court’s order recognized that Mayo Clinic was a closed hospital and would not be forced to allow an outside physician who was not credentialed at Mayo Clinic to treat a patient there.  The court also ruled that a patient’s right to privacy was “the right to accept or refuse” which did not include “a right to demand a particular treatment.”

“There is no right, constitutional or otherwise, of a patient to substitute one’s judgment for a medical professional,” wrote the trial judge, quoting from another case just a few months prior. (That case, Drock v. Palm Beach Gardens Medical Center, was decided by Florida’s 15th Circuit Court on Oct. 16, 2021.)

On appeal, the First District Court of Appeal rejected some of the Pisanos’ arguments because they had not been properly raised and preserved for appeal. The issues that remained before the court, the opinion explained, were whether Probate Rule 5.900 or a patient’s right to privacy and self-determination included being able to compel a hospital to provide a certain treatment and whether the trial court was correct in ruling that the Pisanos had not satisfied the requirements for injunctive relief.

On both of these issues, the intermediate appellate court ruled in favor of Mayo Clinic.

Rule 5.900, the court noted, arose out of a 1990 Florida Supreme Court case that held “a medical surrogate or proxy may exercise the constitutional right of privacy to end life-saving treatment for an incompetent person if that person expressed such wishes while still competent.” The state’s highest court had encouraged the Probate and Guardianship Committee to develop procedures for expedited judicial proceedings for these issues, and Rule 5.900 was the result.

The Pisanos’ interpretation of Rule 5.900 attempted to stretch it too far, the court held:

It does not, as they contend, “require” courts to intervene in medical treatment, but rather creates an expeditious procedural mechanism for limited medical disputes. The rule requires only that the trial court render a decision. It is silent regarding the scope of relief to which a petitioner is or may be entitled under substantive law..

Appellants frame the issue as whether Mr. Pisano has “the right to choose life,” but that framing misses the legal dispute at issue. No one disputes Mr. Pisano’s “right to choose life.” The question before this Court is not whether ivermectin or any other particular treatment is effective or reasonable. The answer to that question is quite obviously of critical importance to Mr. Pisano and his family. But the petition before us presents a legal question that is, while not unrelated, entirely different. The question here is not about whether Mr. Pisano (or his proxies) may “choose life”; it is whether Mr. Pisano has identified a legal right to compel Mayo Clinic and its physicians to administer a treatment they do not wish to provide. The answer is no.

The case law provided “no legal basis to usurp the medical judgments of treating physicians and compel them to administer medical treatment against their will,” the court wrote.

“Rule 5.900 does not provide a substantive legal basis to compel a hospital, physicians, or medical staff to administer treatment against their medical judgment or perceived ethics. We agree with the trial court that Appellants failed to satisfy the requirement for injunctive relief. Accordingly, the trial court’s denial of the emergency petition is AFFIRMED.”

The case was, as WJXX and WTLV reported, “one of dozens nationally in which families want to force hospitals to allow Ivermectin treatments and is at least the third in Jacksonville.”