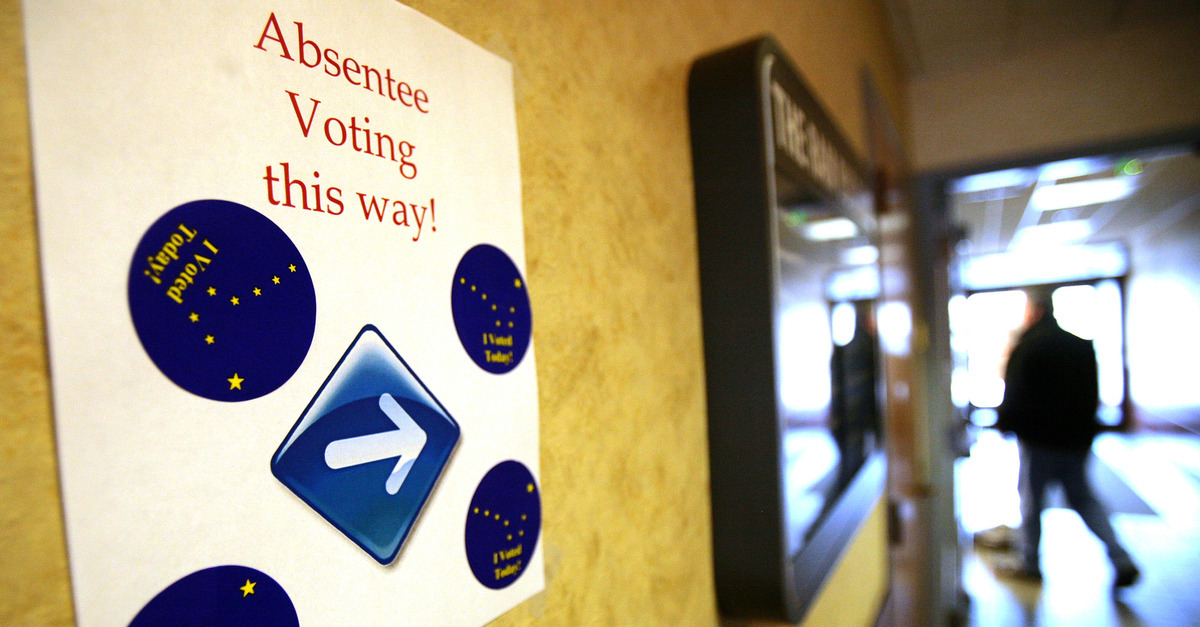 A federal judge Monday smacked down Alabama’s multiple attempts to make absentee voting more difficult in the state’s upcoming elections. Alabama has a primary runoff election scheduled for July 14, a special primary election on August 4, and of course, the general election on November 3.

When a person votes via absentee ballot, Alabama’s election laws require that the ballot must be signed by either a notary or two adult witnesses; the voter must submit a copy of their photo ID. These measures present particular hurdles in light of the global pandemic—particular to the elderly and infirm who would need to risk exposure to the virus in order to comply with voting requirements. Curbside voting–which has been a solution in other locations–isn’t a thing in Alabama; while the state doesn’t officially prohibit curbside voting, it has shut down attempts by counties to establish curbside voting operations on the grounds that they didn’t meet the state’s election law standards.

The Alabama rules amount to a major problem, U.S. District Judge Abdul K. Kallon, a Barack Obama appointee, bluntly pointed out. Voting is a fundamental right, and it’s illegal for a state to force voters to jump through all sorts of hoops just to exercise their right to vote.

Alabama litigated kitchen-sink style, raising arguments from these laws are “necessary to preserve the legitimacy of upcoming elections,” to lack of standing, mootness, non-justiciability, and state sovereign immunity. None of them came close to convincing the court to side with Alabama. Judge Kallon slammed the state, saying its “argument turns standing into a shell game.” The judge refused to “abdicate [the court’s]… role to address” an important dispute.

The court was especially nonplussed with the defendant state’s argument that any injuries suffered by plaintiffs were caused by coronavirus, and really not by Alabama. Kallon wasn’t having Alabama’s pandemic edition of pass-the-buck, writing as follows:

This argument again mischaracterizes the injury. The injury alleged is the state’s decision to force the individual plaintiffs to comply with the complained-of requirements for voting. The virus might make the injury severe—because complying with the requirements might expose the plaintiffs to serious health risks—but it does not cause the legal injury.

Siding with the plaintiffs–a group of Americans over age 65 with health conditions–Judge Kallon systematically dismantled Alabama’s arguments. Kallon called Alabama’s arguments “underwhelming” and noted that the state already has plenty rules in place to prevent fraud without requiring them to find a notary and make copies of their licenses during a pandemic. Voters already need to provide a driver’s license number or social security number, and must submit an affidavit signed under penalty of perjury verifying their identity. And that should be good enough.

Furthermore, the judge noted, Alabama obviously doesn’t believe these measures are necessary all the time, because it already waives the photo ID requirement for absentee voters in certain circumstances.

Additionally, Alabama’s verification rule isn’t even an effective way to prevent fraud. The witnesses who can satisfy the requirement might not even know the person completing the ballot.  All that’s required is that they certify having seen a signature. Without an obligation to verify the signer’s identity, Kallon wrote, “this is hardly a foolproof fraud prevention measure.”

Finding that “even one disenfranchised voter […] is too many,” the district court blocked Alabama from enforcing its identification rules and curbside-voting prohibition.

In the opinion, the court gave a shout out to the some of the groups that Alabama’s requirements would especially disenfranchise: the 215,000 elderly and the 186,000 black Alabamians, all of whom are at higher risk for COVID-19. The court also ruled that the plaintiffs made out a valid claim for disability discrimination, as Alabama’s laws presented then with the “option of braving exposure to an illness from which they are at high risk of severe complications or dying, or foregoing their right to vote.”

Monday’s ruling was for a preliminary injunction – not a win for the entire underlying lawsuit. However, as is always the case – and as the court specifically recognized – a preliminary injunction is issued when plaintiffs prove probability of success on the merits. In other words, Judge Kallon’s ruling now is a pretty strong indicator that if things go as we expect, the plaintiffs would win again after the case is fully litigated. Per the court: