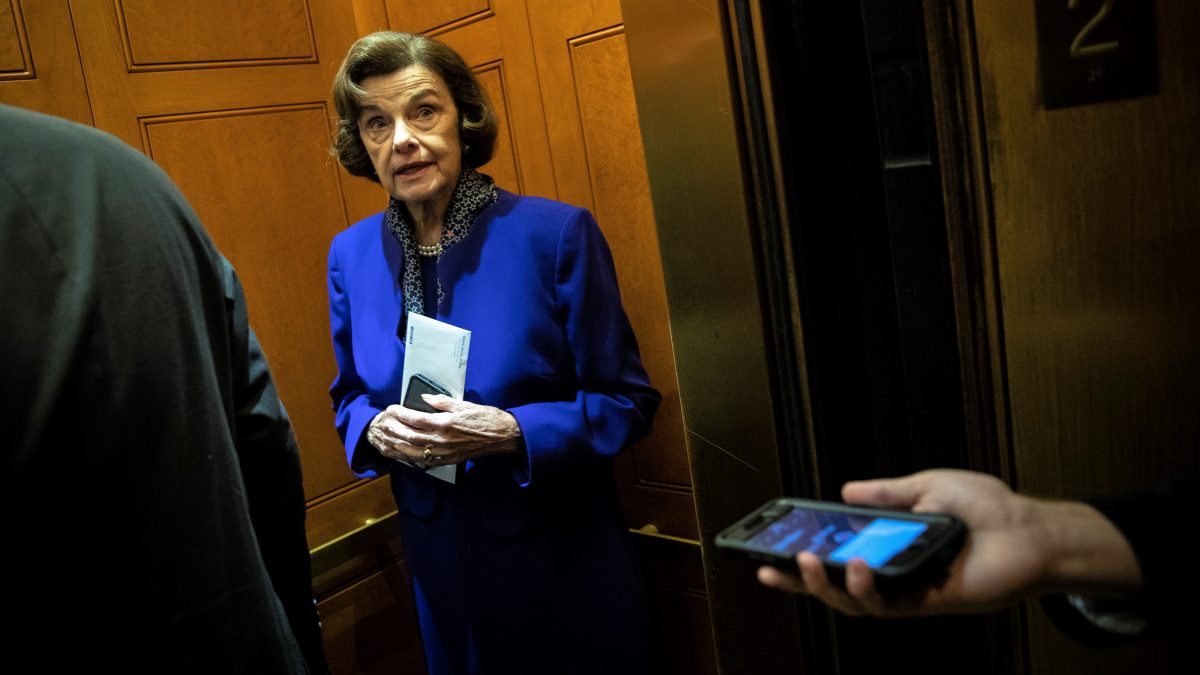 Sen. Dianne Feinstein (D-Calif.) was recently contacted by the Federal Bureau of Investigation (FBI) over a series of suspicious stock trades made immediately before the March stock market crash attributed to the novel Coronavirus (COVID-19) pandemic.

The scandal first swelled up in late March after Sen. Richard Burr (R-N.C.) and his wife made a series of similar trades totaling some $1.5 million in the stock of companies that were negatively impacted by the pandemic, resulting panic and market volatility. Notably, Burr has stepped down from his role as Senate Intelligence Committee chairman, and that is expected to continue “during the pendency of the investigation.”

Feinstein has disclaimed any wrongdoing and also provided documents to law enforcement to help make the case that she was not personally involved in the transactions made by her husband, investment banker Richard Blum, according to her office.

“She was happy to voluntarily answer those questions to set the record straight,” spokesperson Tom Mentzer told the San Francisco Chronicle. “There have been no follow-up actions on this issue.”

According to the New York Times, Burr’s family and Feinstein’s family made those trades after attending Senate Intelligence Committee briefings on the severity of the Coronavirus–weeks before such information was made available to the general public.

Blum sold between $500,000 and $1 million worth of a biotechnology company stock on January 31, according to a financial disclosure form filed with the Secretary of the Senate. Exact values of traded stocks are not required by federal disclosure laws.

“All of Senator Feinstein’s assets are in a blind trust,” Mentzer said when the scandal first broke. “She has no involvement in her husband’s financial decisions.”

Many Democrats rallied around the octogenarian senator and moved to protect Feinstein from allegations of insider trading by noting that her husband’s sell-off was made during a low point in the stock’s value–but the value of the stock at the time of the sale is not the dispositive determination for whether insider trading has occurred.

It was later reported that Feinstein’s family sold off additional shares of the stock in late and mid February–totaling up to $6 million worth.

After that, non-partisan government watchdog organization Common Cause filed three formal complaints with the U.S. Department of Justice, SEC and the Senate Ethics Committee.

“The American people expect and deserve leaders who look after the interests of the people before their own personal interests,” Common Cause President Karen Hobert Flynn said in a press release accompanying those complaints. “These potential violations of insider trading laws and the STOCK Act by these Senators, outlined in widespread media reports, show what appears to be contempt for the law and further a contempt for the American people these Senators have sworn to serve. Situations like these are exactly why Common Cause fought to help pass the STOCK Act, to prevent government officials abusing their power for their personal profit.”

Statement from a spokesperson for Sen. Kelly Loeffler on whether she has been contacted by federal investigators regarding her stock trades: “No search warrant has been served on Sen. Loeffler. She has followed both the letter and spirit of the law and will continue to do so."

Each of the senators has maintained their innocence.

“Under Senate rules I report my husband’s financial transactions,” the long-serving California senator insisted. “I have no input into his decisions. My husband in January and February sold shares of a cancer therapy company. This company is unrelated to any work on the coronavirus and the sale was unrelated to the situation.”

Burr is the primary target of the ongoing investigation and his case is more developed than the investigations surrounding the three other senators allegedly involved in the suspiciously-timed trades, according to the Times.

Mentzer said that Feinstein had not been contacted by the FBI since April after answering a series of “basic questions” about her husband’s stock trades.