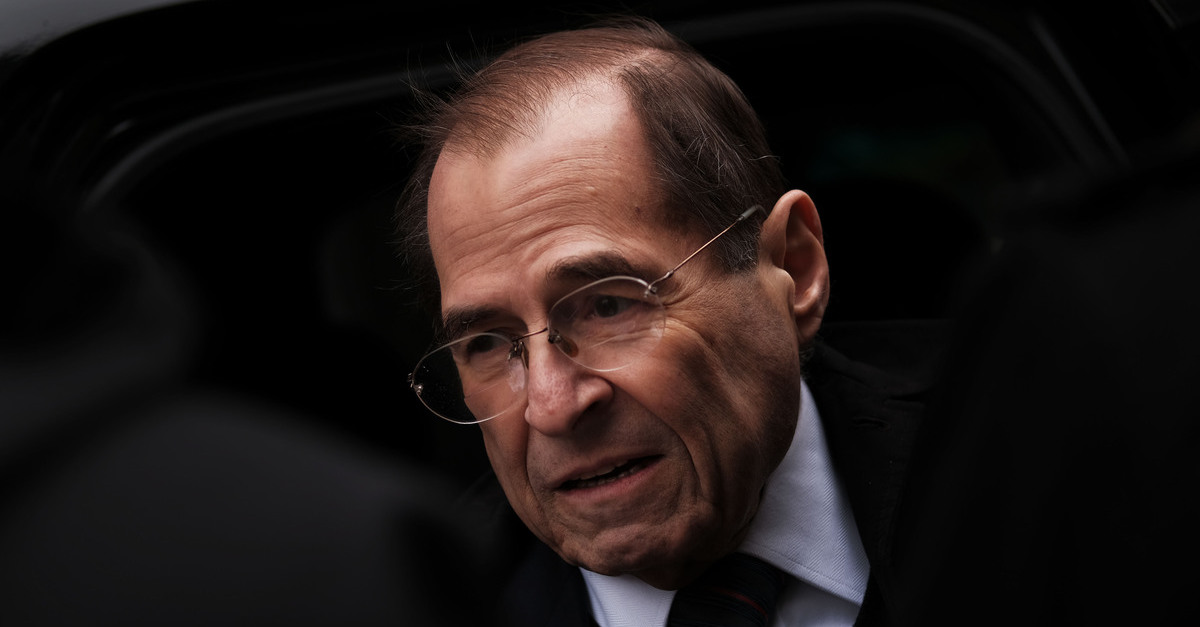 Democrats in the House of Representatives have joined organized immigration judges and are now calling for an absolute freeze on immigration court proceedings due to concerns over the transmission and spread of the novel Coronavirus (COVID-19).

“[W]e write to request that DOJ and the Executive Office for Immigration Review (EOIR) take urgent measures, in addition to closing individual courts as needed, to protect the public from the COVID-19 outbreak,” a letter released late Wednesday by Rep. Jerrold Nadler (D-N.Y.) and presumably other Judiciary Committee Democrats reads.

“Toward this end, [the Department of Justice] and EOIR should immediately suspend all immigration court master calendar and individual hearings and hold telephonic bond hearings for detained individuals until the courts return to normal operating status,” Nadler’s letter goes on.

The proposal is being cast as a necessary public health measure in light of the recently-attained collective consciousness as to the pandemic’s severity and the potential for catastrophe if drastic measures are not acted upon with haste.

Democrats—who are decidedly acting in line with Centers for Disease Control (CDC) guidance over gathering sizes and social distancing in this instance—insist that those initial moves are not enough and are calling for a more holistic approach to fighting the Coronavirus by effectively shutting down the immigration justice system in its entirety.

“These life-saving measures are necessary to minimize the risk of infection to immigration judges and other court personnel, government and private sector attorneys, and noncitizen respondents and their families,” the letter continues. “Forcing individuals to congregate in crowded waiting areas and courtrooms poses a grave public health threat.”

Nadler’s call—perhaps perforce—echoes a substantially similar demand made days earlier by the National Association of Immigration Judges, the collective bargaining organization for federal immigration judges in the United States.

In an open letter circulated with the backing of three additional unions representing federal employees, the immigration judges called for “the emergency closure of the nation’s Immigration Courts in adherence with current public health protocols regarding the COVID-19 virus and recognizing the urgency of this public health crisis.”

Our nation is currently in the throes of a historic global pandemic. ​The Department of Justice’s (DOJ) current response to the COVID-19 pandemic and its spread is insufficient and not premised on transparent scientific information. The DOJ is failing to meet its obligations to ensure a safe and healthy environment within our Immigration Courts.​ ​No doubt, closing the courts is a difficult decision that will impose significant hardship for those in the Migrant Protection Protocols and detained Respondents. But these are extraordinary times. Respondents who are in detained settings are in a particularly vulnerable situation that warrants specialized considerations.

The immigration judges have been at the forefront of proactive response to the Coronavirus pandemic. Last week, the organization embarrassed the Trump administration—EOIR specifically—by publicizing upstream demands to tear down CDC guidance and warning posters.

Leaked inter-agency emails first obtained by Law&Crime showed the superiors’ directives—but the decision was quickly reversed after a spate of bad press.

Nadler’s letter suggests House Democrats have found something of a lodestar in their own slowly-building response as the Coronavirus ravages all semblances of what has long been considered normal in the United States.