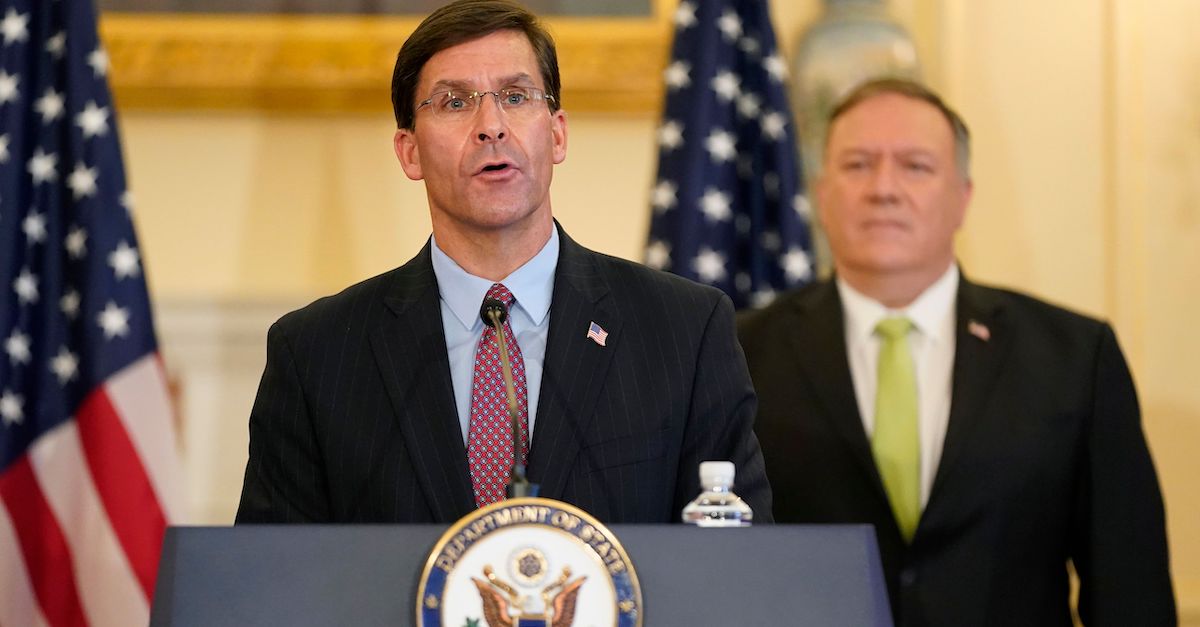 When Congress passed the $3 trillion CARES Act in response to the unprecedented ravages of the pandemic, it allocated funds to the Defense Department in order to “prevent, prepare for, and respond to coronavirus.” And under the Defense Production Act, President Donald Trump was able to compel private corporations, namely defense contractors, to accept contracts and assist in the production of desperately needed personal protective equipment, like masks. Weeks later, the Pentagon decided that the production of jet engine parts, among other things, was an appropriate use of taxpayer-funded COVID-19 emergency funds—and now it’s asking for billions more in relief.

Undersecretary of Defense for Acquisition and Sustainment Ellen Lord told the newspaper in a statement that the military-industrial complex is the “nexus” between economic and national security.

“We are thankful the Congress provided authorities and resources that enabled the [executive branch] to invest in domestic production of critical medical resources and protect key defense capabilities from the consequences of COVID. We need to always remember that economic security and national security are very tightly interrelated and our industrial base is really the nexus of the two,” Lord said.

The manner in which CARES Act funds have been spent is likely to remain a controversial issue for some time. Just days ago, for instance, it was reported that Tennessee would use COVID-19 relief funds to train police recruits. The Paycheck Protection Program (PPP) that was created to assist small businesses has been riddled with fraud.

In the early days of the program, we saw chains like Shake Shack, Potbelly, Ruth’s Chris, Sweetgreen and others return millions in dollars in forgivable loans that they applied for—but only after public backlash. Even the Los Angeles Lakers applied for PPP funds. Meanwhile, at least 100,000 small businesses (as of May) have closed forever.

According to The Post, a number of contractors that received received funding from the Pentagon under the Defense Production Act also received funds through PPP loans:

And government data shows that at least 10 of the approximately 30 companies known to have received the Defense Department DPA funds also got loans through the Paycheck Protection Program, another relief package created by the Cares Act. That program, overseen by the Small Business Administration, offered millions of firms forgivable loans if they used the lion’s share on payroll.

For instance, Weber Metals, a California-based subsidiary of German firm Otto Fuchs, received between $5 million and $10 million through PPP in April to support 412 jobs, and then got an extra boost through a $25 million DOD relief award in June. Weber officials did not respond to requests for comment.

Defense Department spokeswoman Jessica Maxwell answered that these funding sources were not “in conflict or duplicative.”