Biden’s Public Transportation Mask Mandate Will Take Effect One Minute Before Midnight. Here’s What You Should Know. 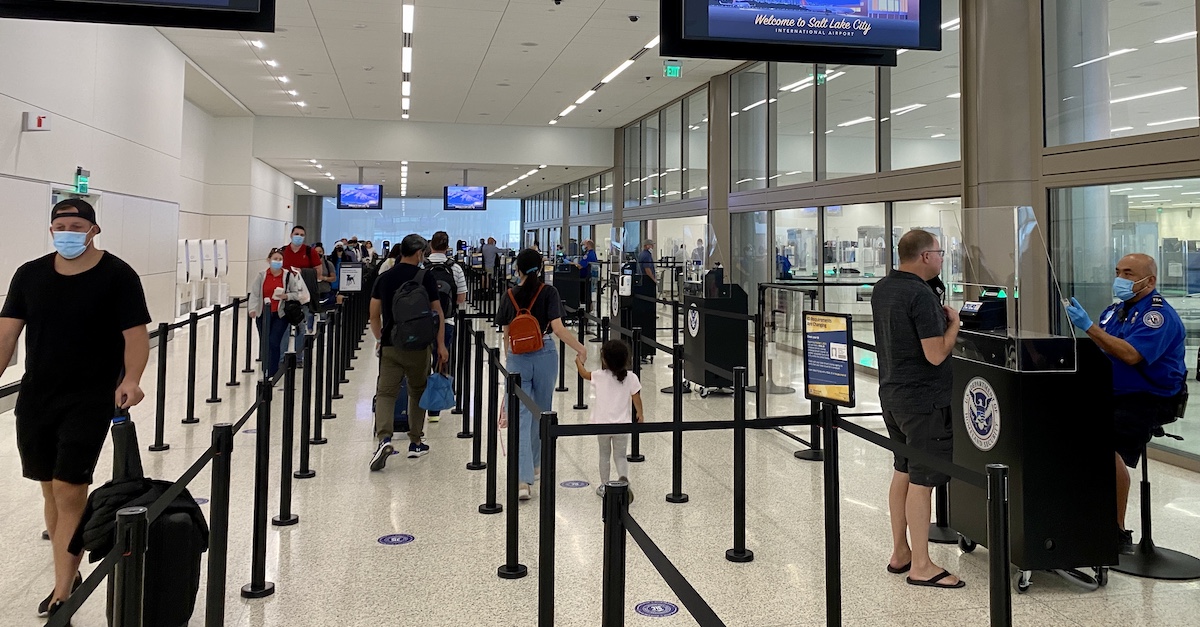 A Transportation Security Administration (TSA) agent wearing a protective face mask and sitting behind a barrier checks the identification of a traveler at the security screening center in Salt Lake City, Utah on October 8, 2020.

This Groundhog Day, it’s time for something different in the U.S. coronavirus response.

At 11:59 p.m. on Monday, the Transportation Security Agency will begin enforcing the nationwide mask mandate that President Joe Biden implemented by executive order on the first full day of his term of office. The mandate applies to all areas of public transportation, including airports, trains, plains, subways, buses and stations.

“TSA will fully comply with the President’s Executive Orders, CDC guidance and the DHS National Emergency determination to ensure healthy and secure travel across all transportation sectors,” Darby LaJoye, a senior official serving the duties of the TSA Administrator, said in a statement. “This will help prevent further spread of COVID-19 and encourage a unified government response. As we continue to experience impacts from this pandemic, we are committed to this measure as the right thing to do for the TSA workforce, for our industry stakeholders and for passengers.”

The TSA’s announcement follows and supplements a similar statement from the Centers for Disease Control and Prevention, which issued an 11-page order on Friday putting meat on the bones of Biden’s executive order.

“Appropriately worn masks reduce the spread of COVID-19—particularly given the evidence of pre-symptomatic and asymptomatic transmission of COVID-19. Seven studies have confirmed the benefit of universal masking in community level analyses: in a unified hospital system, a German city, a U.S. State, a panel of 15 U.S. States and Washington, D.C., as well as both Canada and the United States nationally,” the CDC’s order states. “Each analysis demonstrated that, following directives from organizational and political leadership for universal masking, new infections fell significantly.”

That passage of the CDC’s study alone contained half a dozen footnotes with study’s showing the proven effectiveness of mandatory mask-wearing in public spaces, but such an action was shunned by the former Donald Trump administration.

“Masks have become a partisan issue, unfortunately,” Biden noted on Jan. 21, when he unveiled the mandate one day into his presidency. “But it’s a patriotic act.”

Martin S. Cetron, the director of the CDC’s Division of Global Migration and Quarantine, noted that the mandate will confer an economic benefit as well as a public health one.

“Requiring masks on our transportation systems will protect Americans and provide confidence that we can once again travel safely even during this pandemic,” Cetron noted in his order. “Therefore, requiring masks will help us control this pandemic and aid in re-opening America’s economy.”

Enforcement will be challenging, with legal scholars questioning whether Biden has legal authority for his mandate.

“The president cannot impose a nationwide mask mandate, and Biden knows that,” South Texas College of Law Professor Josh Blackman told Law&Crime in an email two months ago. “I am more skeptical about a mandate on certain forms of interstate travel.”

Since that interview, Biden took office and the federal agencies under his control have elaborated upon their plans, and the TSA appears to be serious about scofflaws and proving the critics wrong.

“TSA’s primary objective is to obtain voluntary compliance from all passengers at the checkpoint with regard to wearing of face masks,” spokesperson Daniel D. Velez told Law&Crime in an email. “Depending on the circumstance, refusal to wear a mask may result in an individual being subject to a civil penalty for attempting to circumvent screening requirements, interfering with screening personnel, or a combination of those offenses.”

For the TSA, the goal is to avoid that sort of escalation.

“The compliance memo is not final and the primary goal remains voluntary compliance,” Velez added. 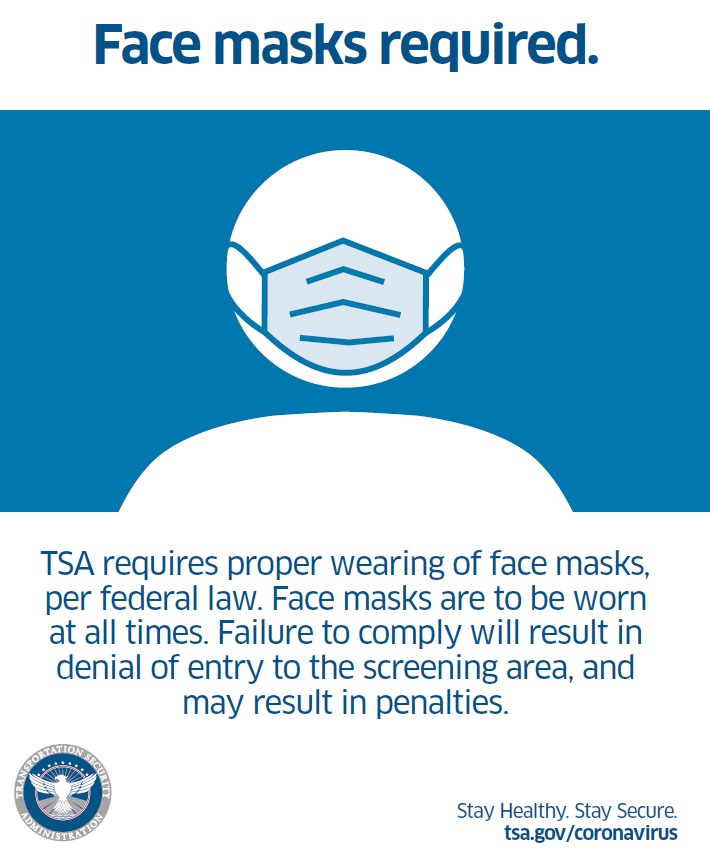 The regulations are set to kick into gear shortly after Biden’s planned meeting with 10 Republican senators on the subject of COVID-19 relief.

Sen. Ron Wyden (D-Ore.), the incoming chair of the Finance Committee, did not see any progress coming from that huddle.

“The package outlined by 10 Senate Republicans is far too small to provide the relief the American people need,” Wyden said in a statement. “In particular, a three-month extension of jobless benefits is a non-starter. Many states still have not gotten benefits out the door after Donald Trump’s tantrum in December caused them to lapse, and we’re facing another cliff in just six weeks. We can’t keep jumping from cliff to cliff every few months. Workers who have lost their jobs through no fault of their own shouldn’t be constantly worrying that they are going to lose their income overnight. An extension of benefits for at least six months is essential.”

Biden has expressed openness to using the reconciliation process to sidestep GOP opposition if both sides of the aisle cannot reach an agreement.

That will require unanimity among the Democratic caucus, which West Virginia Senator Joe Manchin signaled may not happen. Manchine lashed out at Vice President Kamala Harris for appearing on TV in his district to pressure the Blue Dog Democrat to stay on board with the more progressive ambitions of the coronavirus relief, including $2,000 stimulus checks.