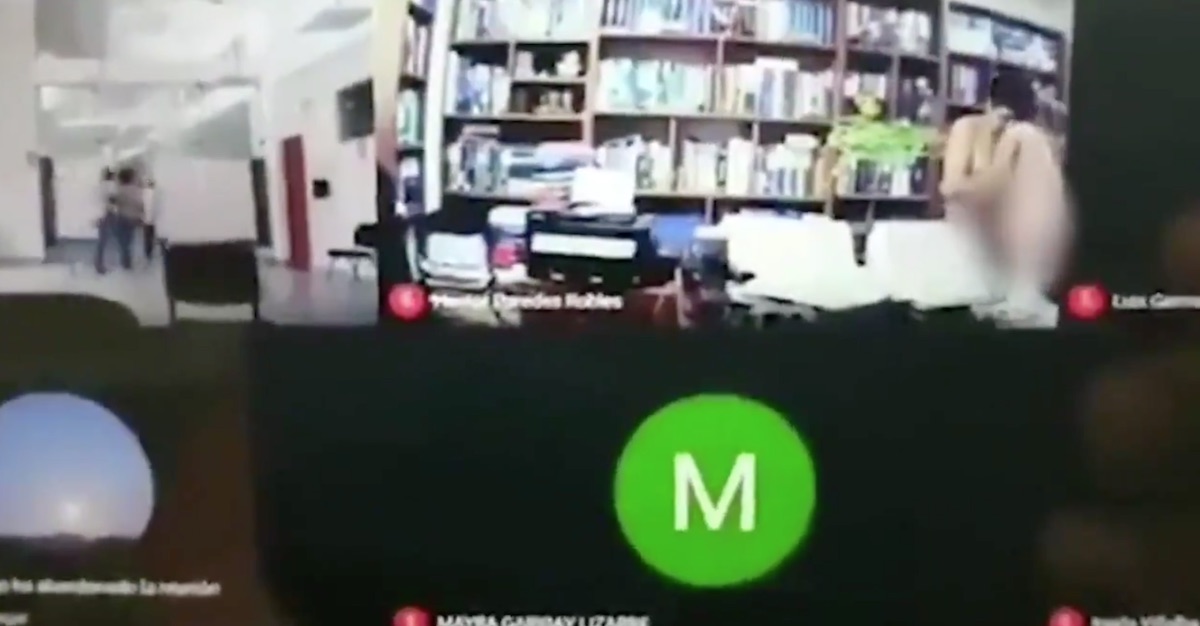 While there are certainly major differences between the American and Peruvian legal systems, one thing is pretty universal: lawyers are expected to refrain from having sex during court hearings.

Peruvian defense lawyer Héctor Cipriano Paredes Robles had been taking part in a virtual hearing involving a feared local gang, when his video feed began to show him stripping naked, and engaging in what appeared to be sex with a naked woman.

Warning: the video, though censored, is NSFW.

A lawyer was caught having sex during a Zoom court hearing last week after leaving his computer camera on.

The judge presiding over the virtual hearing branded lawyer Hector Paredes Robles a disgrace for his X-rated public performance in central Peru on Tuesday. pic.twitter.com/1zdIdGjEO9

The naked encounter went on for several minutes, as the attorney and his partner moved around into multiple positions. Judge John Chahua Torres repeatedly tried to alert Robles that the hearing participants could see his actions on the live feed, but to no avail.

“We are witnessing obscene acts which represent a violation of public decency and are aggravated by the fact they are being recorded nationally,” Judge Torres said.

“I instruct the State Prosecution Service to launch an immediate investigation,” he continued.

Fallout has been swift in the matter. Robles was replaced in the case, and barred from future involvement in the litigation. The case, which raised charges of fraud and extortion, involved local gang “Los Z de Chanchamayo.”

The Junín Bar Association later issued a statement that it “strongly rejects” the “obscene acts,” and called for an investigation into Robles’ future as a lawyer.  The woman shown in the video has not yet been identified, though some have suggested that she was Robles’ client.

Ameri later said in an interview that he has terrible internet service in his home, and that he had only been checking the scars on his girlfriend’s recently-augmented breasts. “She was beside me and I kissed her tits, and that was all,” Ameri explained.