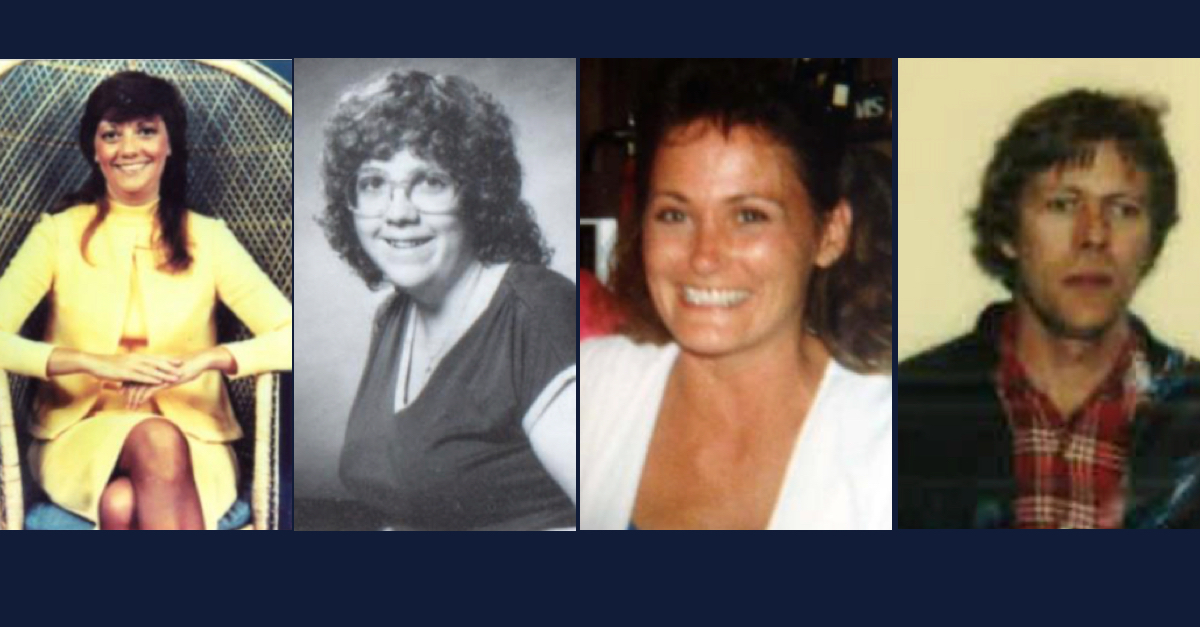 Investigators in Indiana have identified the man they say robbed and murdered three women in a series of attacks at hotels in Kentucky and Indiana in the 1980s.

Heath was murdered at a Super 8 Motel in Elizabethtown, Kentucky, on February 21, 1987. Gill and Gilbert were both murdered on March 3, 1989, at two different Days Inn hotels in Indiana.

A fourth woman, a hotel clerk identified only as Jane Doe, was sexually assaulted and stabbed while working at a Days Inn in Columbus, Indiana. According to reports, she escaped and was able to describe her attacker to police.

After the murders, police were able to link the murders of Gill and Gilbert using ballistic evidence. Investigators further linked Heath and Gilbert’s deaths, as well as the sexual assault of the Jane Doe victim, through DNA analysis. But the investigation stalled out, and for years, the case of the “I-65 Killer,” also called the “Days Inn Killer,” went unsolved.

Officials turned to forensic genealogy in 2019, according to the Indiana State Police press release. The approach “combines the use of DNA analysis with traditional genealogy research and historical records to generate investigative leads for unsolved violent crimes,” the press release said.

Investigators were able to upload crime scene DNA to one or more genealogy databases and locate a “close family member” related to Greenwell.

“Through this match it was determined that the probability of Greenwell being the person responsible for the attacks was more than 99 percent,” the press release said.

Greenwell died in 2013 in New Albin, Iowa. He was 68 years old. Police say he had an “extensive criminal history ranging from 1963 to 1998. During that time, he was arrested for armed robbery multiple times, and escaped jail twice. He was also arrested for various physical assaults as far back as 1965 and up until 1998. 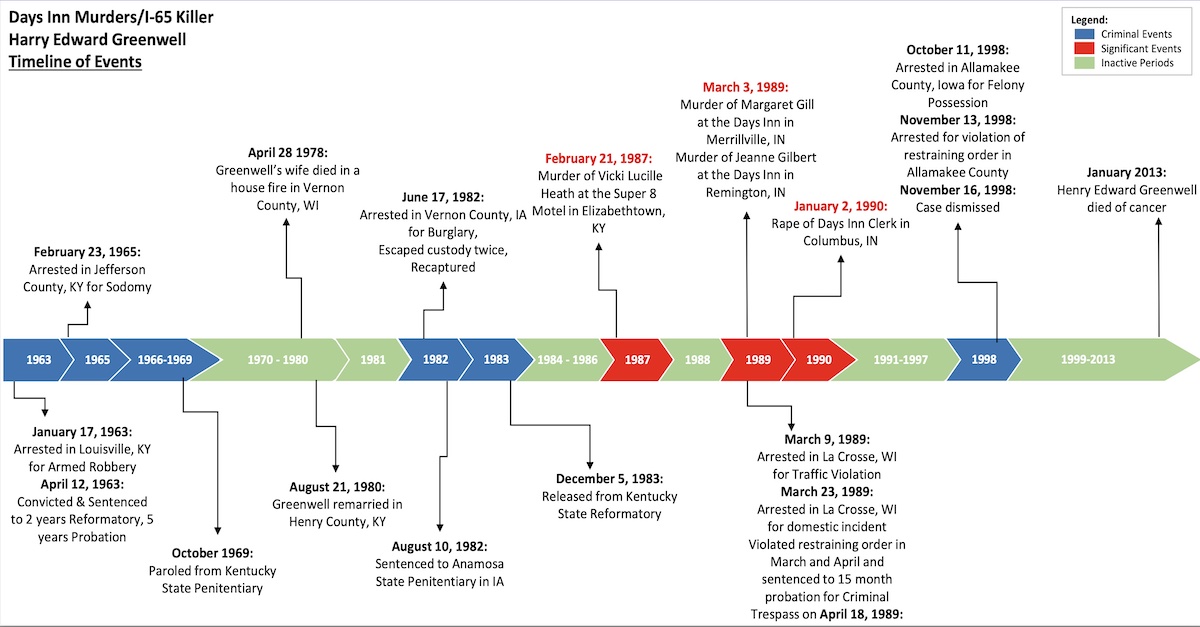 However, it appears that Greenwell was beloved by family and friends.

An obituary described him “a man with many friends who loved his straight-up attitude, and his willingness to help anyone.”

“His spirit will live on in many by good deeds he offered,” the obituary added.

Greenwell apparently worked for Canadian Pacific Railroad for 30 years and retired in February 2010.

Greenwell apparently was survived by a wife and children.

The surviving family of at least one of his victims, meanwhile, was grateful to have at least some closure.

“Our family is extremely grateful to all of the agencies, along with agency partnerships, who have committed to keeping these unsolved cases at the forefront for more than 33 years, and who have worked tirelessly to bring these cases to resolution for all who have suffered from these crimes,” Kimberly Gilbert Wright, daughter of Jeanne Gilbert, said in the Indiana police press release.