Blind Woman Who Was Denied Uber Rides Because She Had a Guide Dog Petitions Court to Confirm $1.1 Million Award 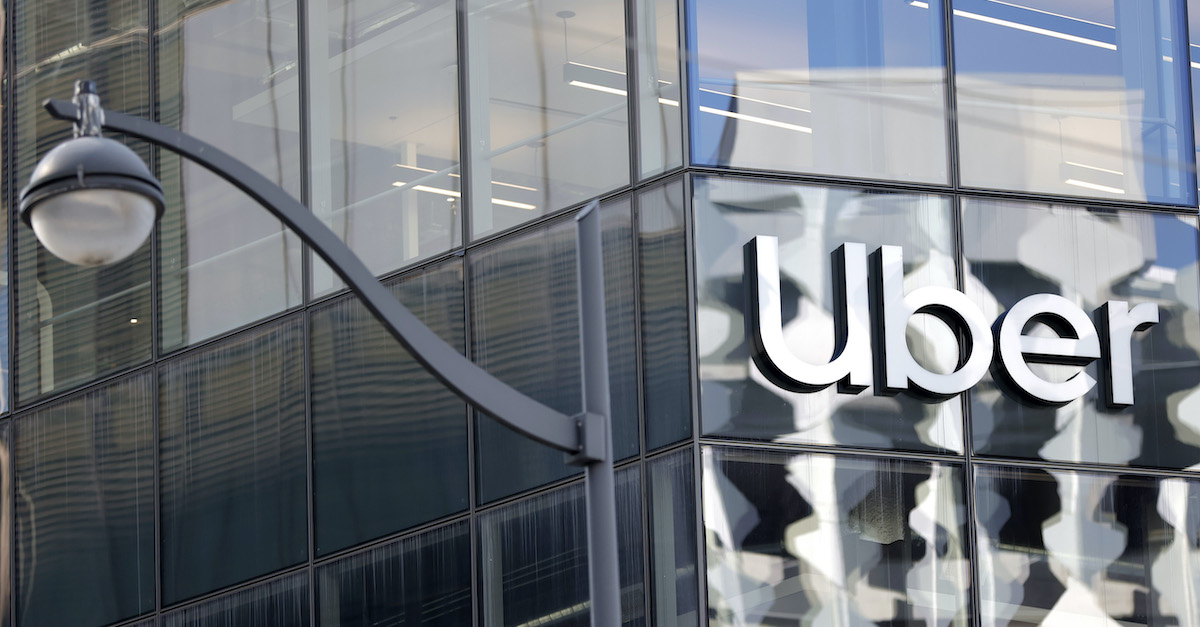 A sign is posted on the exterior of the new Uber headquarters on March 29, 2021 in San Francisco, California.

A blind woman who won a $1.1 million arbitration against Uber because riders refused to pick up her seeing-eye dog petitioned to confirm that award in the rideshare giant’s home of San Francisco on Thursday.

Earlier in March, an arbitrator ruled that Uber discriminated against legally blind passenger Lisa Irving on 14 occasions, during which drivers either denied her a ride or harassed her because she needed to travel with her guide dog.

“Uber is liable for each of these incidents under the DOJ interpretation of the ADA as well as due to Uber’s contractual supervision over its drivers and for its failure to prevent discrimination by properly training its workers,” the arbitrator found on March 18.

“Uber offensively claimed that the Americans With Disabilities Act does not apply to it. Based on what we already have seen, dozens of cases like this will likely end up getting filed,” Wolf wrote in a statement. “Uber needs to do the right thing and stop discriminating against Americans with disabilities.”

Wolf’s co-counsel Jana Eisinger wrote that their team believes the seven-figure tab “may be the largest award ever issued to a single blind claimant for repeated violations of the Americans With Disabilities Act and California’s Unruh Act.”

“Because of the number of egregious instances of discrimination that Ms. Irving endured, she demonstrated her entitlement to damages well above the $4,000 minimum per incident that she is entitled to under California law,” Eisenger added.

According to the 22-page arbitrator award, Uber conceded that it understood its obligations under the Americans With Disabilities Act (ADA), the landmark federal anti-discrimination law.

“Uber’s Critical Support Team Program Manager, Mollie Scott, testified that Uber trained employees to talk with drivers investigated for service dog discrimination and, further, that drivers are bound by the ADA to provide transportation to blind people with guide dogs,” the arbitrator found. “Ms. Irving lodged complaints with Uber expecting that they would be investigated, that Uber would take further action and that Uber would report back to her.”

In 2017, the National Federation for the Blind (NFB) entered into settlement agreements with Uber and Lyft to address discrimination against passengers who require service animals. That deal came with a plan to conduct nationwide testing to address the problem, but the arbitrator found that its reform was inadequate in Irving’s case.

“For years, therefore, Uber allowed drivers who discriminated against disabled riders to continue driving without discipline,” the arbitrator’s ruling states. “Evidence showed Uber admitted but failed its duty to make reasonable modifications in its policies to prevent discrimination for Ms. Irving’s complaints pre-dating the [National Federation for the Blind] Settlement, which include 10 of the 14 incidents.”

The arbitrator also found that Uber’s deal with the advocacy group did not put them in the clear with Ms. Irving.

“The court’s order preliminarily approving the NFB settlement notes seven times that the settlement does not release class members’ claims for monetary damages,” the arbitrator noted, emphasizing that repeated finding in the ruling.

Uber is expected to dispute the arbitration award.

“We are proud Uber’s technology has helped people who are blind locate and obtain rides. Drivers using the Uber app are expected to serve riders with service animals and comply with accessibility and other laws, and we regularly provide education to drivers on that responsibility,” the company wrote in a statement. “Our dedicated team looks into each complaint and takes appropriate action.”

The Centers for Disease Control and Prevention estimates that there are about one million blind people in the United States, with one advocacy group estimating that five percent use guide dogs.