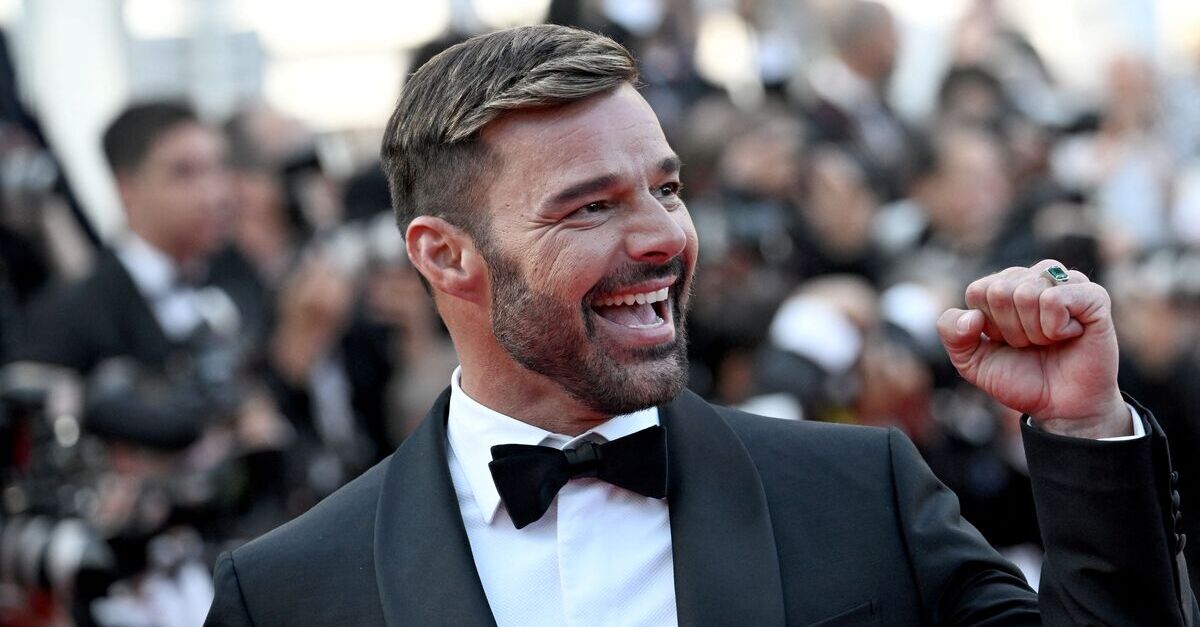 Puerto Rican singer Ricky Martin arrives for the screening of the film “Elvis” during the 75th edition of the Cannes Film Festival in Cannes, southern France, on May 25, 2022.

Ricky Martin is suing his nephew for $30 million over what the renowned pop star says are false and damaging claims of incest.

In late July, the nephew, Dennis Yadiel Sánchez Martin, withdrew a case alleging the two had a 7-month-long sexual relationship with one another that ended with the singer harassing and stalking him.

On Thursday, in an eight-page lawsuit filed in the Court of First Instance Superior Chamber of San Juan in Puerto Rico, Martin claims Sánchez was actually the one doing the harassing and the stalking – as part of a failed monetary extortion effort fueled by character assassination.

“The present case is about a world-famous artist, who is being persecuted, besieged, harassed, stalked and extorted by a maladjusted person, whose interest is to obtain an economic benefit or, in the alternative, will continue his eagerness to assassinate the reputation and integrity of the artist,” the lawsuit begins. “The situation has continued despite [Sánchez] voluntarily withdrawing from an action he had commenced against [Martin] based on falsehoods, during which he admitted under oath that he had never been sexually assaulted by [Martin].”

In the lawsuit, Martin says his nephew’s actions have caused him and his family “to feel unsafe” in Puerto Rico.

The complaint also alleges Sánchez’s actual problem with his uncle were the responses, or lack thereof, to numerous alleged text messages that the nephew sent the singer for several months in 2021.

“From approximately October 2021 to January 2022, Defendant Sánchez was sending constant messages to [Martin] through the WhatsApp and Instagram platforms,” the filing claims. “Sometimes, messages exceeded more than ten (10) in a single day. For the most part, the messages were meaningless and purposeless diatribes, written, clearly, by an maladjusted individual. However, [Martin], in the role of uncle, answered them when he could, trying to provide him with words of encouragement and desires for improvement.”

The filing notes that Martin got his start in the music business by singing with the famous group Menudo “at the tender age of twelve” and then continued on “as a soloist” to this day, while amassing a reputation “for his arduous and tireless humanitarian and social work against human trafficking.”

The singer’s reputation took a major hit, however, when Sánchez leveled incest allegations against him as part of an effort to obtain a temporary restraining order in early July 2022. Martin subsequently and vehemently denied the allegations by way of his attorney.

“Ricky Martin has, of course, never been — and would never be — involved in any kind of sexual or romantic relationship with his nephew,” Marty Singer said in a statement to Variety. “The idea is not only untrue, it is disgusting. We all hope that this man gets the help he so urgently needs. But, most of all, we look forward to this awful case being dismissed as soon as a judge gets to look at the facts.”

The lawsuit takes stock of the reputational hit:

The mere publication that a provisional Ex Parte Protective Order under Act 54 was issued against Plaintiff, albeit based on false allegations, created a cloud of suspicion that irretrievably strained Plaintiff’s reputation. So much so, that Plaintiff saw his business opportunities threatened, that if it had not been for the malicious actions of the defendant Sánchez, they would not have been in any danger. The plaintiff, while in California with his children, learned that Defendant Sánchez had requested for and obtained an Ex Parte Protective Order against him in Puerto Rico. Plaintiff, who has always respected the law and order, and who has stood out worldwide for his humanitarian and philanthropic fight against human trafficking, felt confused and incredulous.

Martin says his nephew admittedly lied about those claims.

“The situation has continued despite [Sánchez] voluntarily withdrawing from an action he had commenced against [Martin] based on falsehoods, during which he admitted under oath that he had never been sexually assaulted by Plaintiff,” the filing says at one point.

In another section, Martin alleges his nephew even disclaimed certain allegations during the initial hearing for the protective order.

“During the initial hearing and under oath, Defendant Sánchez admitted that he had not spoken to [Martin] for a long time and that [Martin] had never assaulted him sexually or in any other form,” the lawsuit goes on.

The day after Martin was served with the order, the lawsuit alleges, Sánchez reached out to one of the singer’s attorneys in Puerto Rico “with the purpose of attempting to negotiate an economic benefit, in exchange for withdrawing” the protective order.

During a late July hearing on potentially extending the order, Sánchez voluntarily dismissed the case.

“Defendant Sanchez filed his request for a Protective Order based on malice and animosity against Plaintiff, for the mere fact that he failed to answer his multiple messages,” the lawsuit goes on to allege, using the language of defamation claims. “Defendant Sanchez’s request for the July 1, 2022 Ex Parte Protective Order lacked probable cause, was based on lies and actual malice, and was intended to harass and harm Plaintiff, and tarnish his reputation.”

Again, the filing at length:

Less than one (1) month after the adjudicative hearing, and as recent as August 12 and 14, 2022, defendant Sánchez once again sent messages to Plaintiff through Instagram, again attempting to seek the Plaintiff’s attention. These messages read “Uncle I need your help” and “how are you?”, respectively. The persecution and stalking by Defendant Sánchez have no other explanation than to cause even more harm than he has already done to Plaintiff.

Defendant Sánchez has threatened and extorted Plaintiff that, unless he is economically compensated, he will continue with his campaign to assassinate his reputation and integrity, through false and malicious imputations.

As a result of the allegations, the lawsuit claims, Martin has lost “multimillion dollar-contracts” and had “present and future artistic projects cancelled” to the tune of at least $10 million.

The filing also says that he has suffered additional reputational damages worth at least $20 million.