Marilyn Manson Turned Himself in for Assault Case: Police 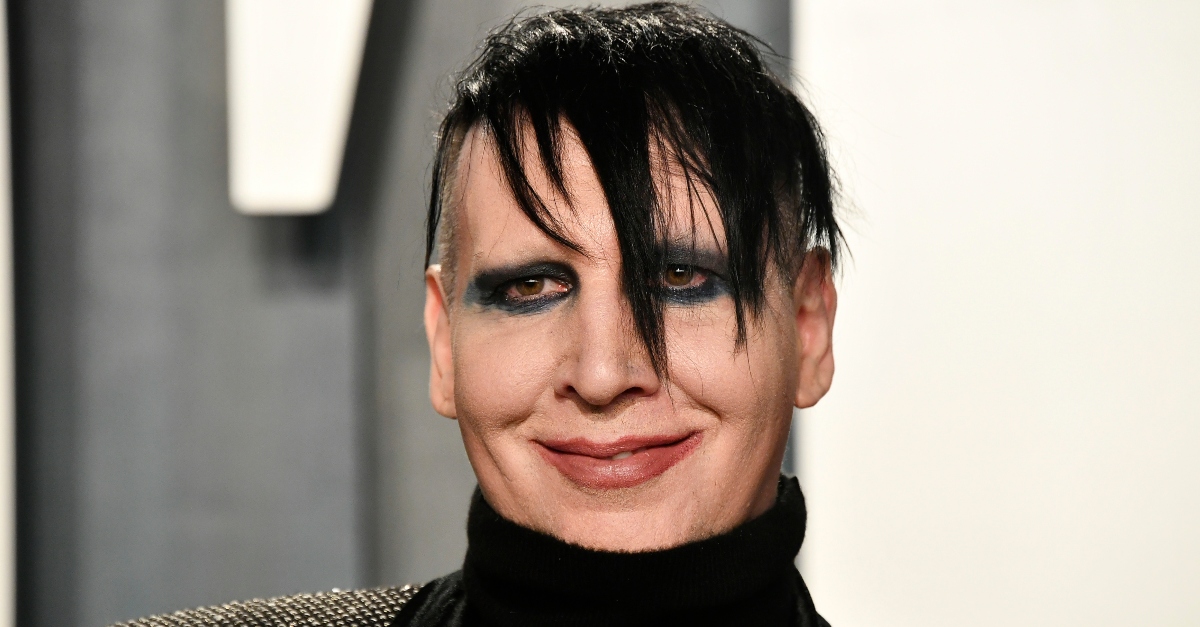 Brian Hugh Warner, the 52-year-old provocateur singer better known as Marilyn Manson, turned himself in regarding a criminal case out of New Hampshire. The musician had surrendered to law enforcement in Los Angeles, California back on July 2, law enforcement confirmed to Law&Crime.

The singer is charged with allegedly assaulting a videographer during a concert at the Bank of New Hampshire Pavilion on Aug. 18, 2019. Manson was processed and released on a personal recognizance bail, Gilford Police Chief Anthony J. Bean Burpee wrote in an email.

Thus ends a protracted chapter between Manson and Gilford police, who said in May that he and his legal representation have known about the arrest warrant for a while but had made no effort to return to New Hampshire to face the two simple assault charges against him. They are Class A misdemeanors.

“We have been in a holding pattern as Mr. Warner has a [New Hampshire] attorney who has been coordinating with his West Coast attorney and publicist,” Burpee wrote in June. “Therefore, we are simply looking for Mr. Warner to turn himself in on the active warrant so that we can proceed.”

Authorities made clear this claim isn’t sexual in nature. Manson has been facing a slew of abuse allegations from women. Deputies in Los Angeles County have been investigating him for domestic violence.

This is not the first time he was charged with mistreating someone at a concert. He pleaded no contest in 2002 for allegedly grinding against a male security guard’s head while only wearing a thong and pantyhose. A Michigan judge reportedly ordered him to pay a total of $4,000 in fines and costs. He settled the related lawsuit in 2004.