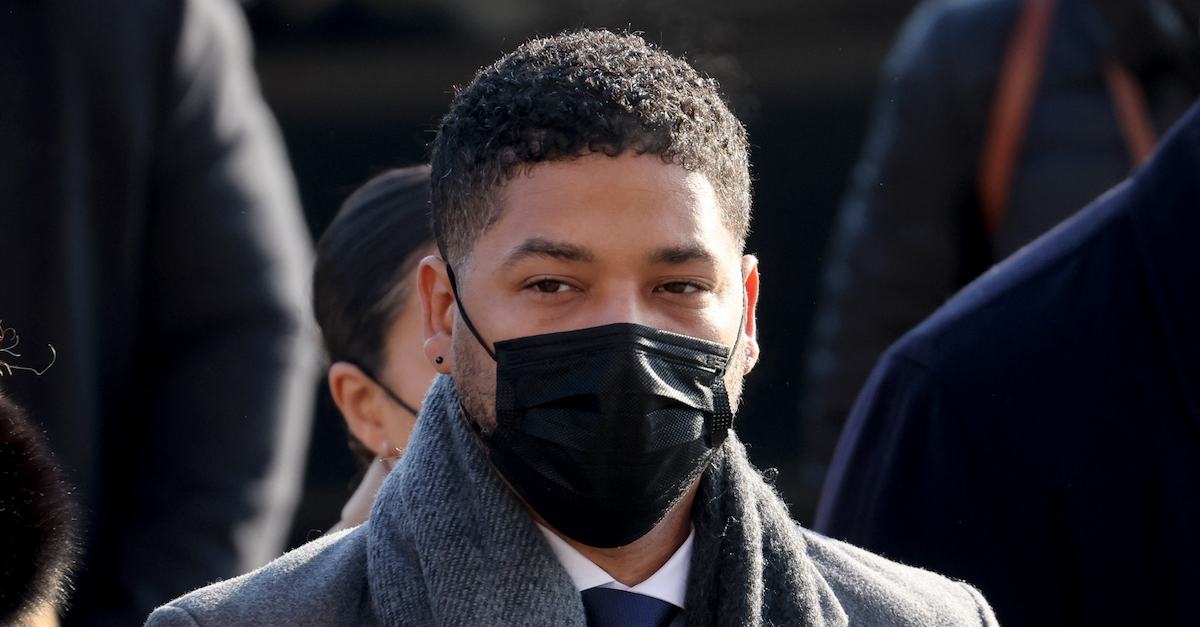 The special prosecutor who ultimately secured the conviction of former “Empire” actor Jussie Smollett for staging a homophobic and racist attack on himself in Chicago penned a scathing report into the early days of the investigation. The 62 page report is just now becoming public because Smollett’s criminal trial ended only recently.

After initial charges were suddenly and controversially dropped, a judge ordered special prosecutor Dan K. Webb “to conduct an independent investigation of the actions of any person or office involved in all aspects of the case,” to examine “whether any person or office” involved with the Smollett case “engaged in wrongdoing,” and to file charges as the special prosecutor considered appropriate.

The report was filed Aug. 17, 2020, and was filed with the court on that date; however, Cook County Circuit Court Judge Michael P. Toomin only recently released the previously confidential findings because Smollett’s trial ended with a conviction on Dec. 9.

A jury agreed with the special prosecutor that two brothers with whom Smollett had worked — Abimbola Osundairo and Olabinjo Osundairo — attacked Smollett at Smollett’s request because the actor wished to prove to executives on the show “Empire” that they should take seriously a threatening letter he received. Smollett denied the allegations.

The report explains that the special prosecutor examined the conduct of the Cook County State’s Attorney’s Office, the Chicago Police Department, and “individuals working in those offices.” Some 43 interviews, 50 subpoenas, and more than 120,000 pages of documents, “as well as text message data and audio recordings” were part of the probe, according to the report. 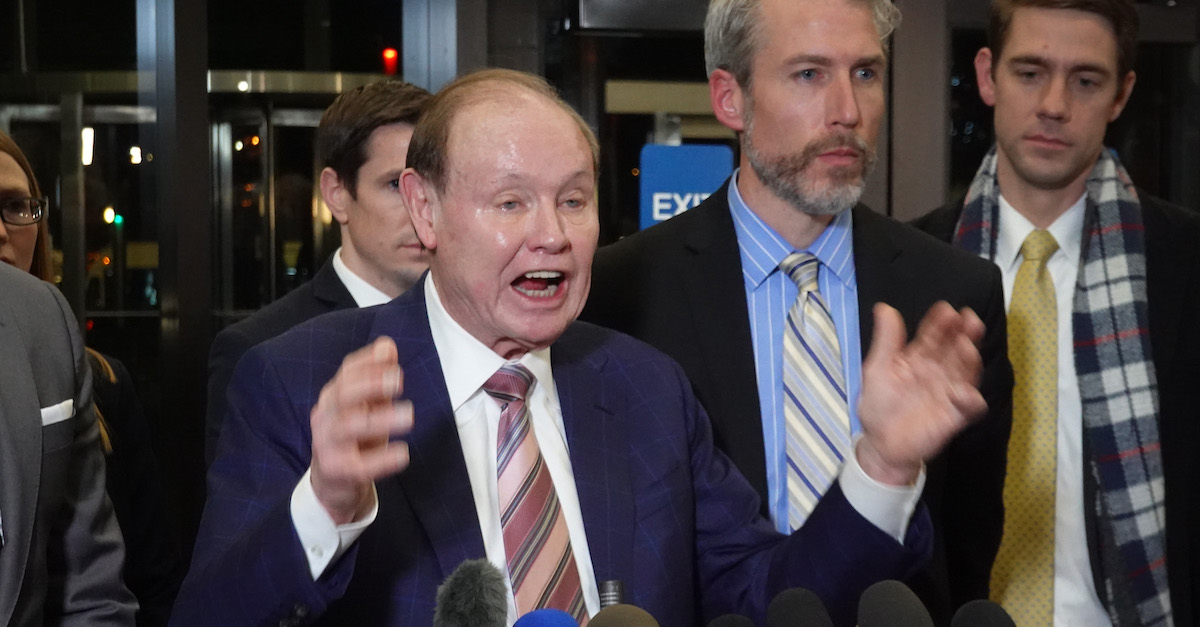 Special prosecutor Dan Webb speaks to the media at the Leighton Criminal Courts Building after former “Empire” actor Jussie Smollett was found guilty of five of the six counts against him on December 9, 2021 in Chicago, Illinois. (Photo by Scott Olson/Getty Images.)

Despite concerns that State’s Attorney Kimberly M. Foxx “may have been influenced in an improper manner by people prominent people who reached out to her to discuss” the Smollett case, the special prosecutor “concluded that it did not develop evidence that would support any criminal charges against State’s Attorney Foxx or any individual working” in her office. The special prosecutor also “did not develop evidence of improper influence by any outside third parties in the decision-making” by Foxx’s office, the report says.

“However, as a result of this investigation, the OSP [Office of Special Prosecutor] did develop evidence that establishes substantial abuses of discretion and operational failures by he CCSAO [Cook County State’s Attorney’s Office] in prosecuting and resolving the Initial Smollett Case,” the report indicates.

The report further indicates that the CCSAO abused its direction and “its obligations of honesty and transparency” by “making false and/or misleading statements to the public regarding the nature and reasons for the dismissal of the Initial Smollett Case,” by “making false and/or misleading statements regarding State’s Attorney Foxx’s recusal,” and by claiming Foxx had stopped communicating with Smollett’s sister.

As to Foxx’s recusal, the report says that while Foxx appears not to have made decisions about the case after she recused herself from the matter, she did continue to receive “frequent updates” about its progress.

When questioned under oath, Foxx claimed she was “surprised by and disagreed with the terms” of the initial resolution of the Smollett case, according to the report’s synopsis of the conversations. Foxx also said she was “surprised” that Smollett “did not plead guilty to any charge” and that she would at least have assumed Smollett would be forced “to stand in court and admit facts of wrongdoing.” Foxx further indicated that she believed her office “wanted this guy [Mr. Smollett] out of town” and that prosecutors were irritated by the “flurry of activity” and by the “throngs of people who were coming to court” to witness the proceedings.

Other lawyers said they were either “surprised” or “shocked” by the deal Smollett first received, the report continues. One called it “unusual” and “ridiculous.” Another, who said she was “stunned and shocked,” said Smollett “essentially ‘mocked’ hate crime victims” through his actions. 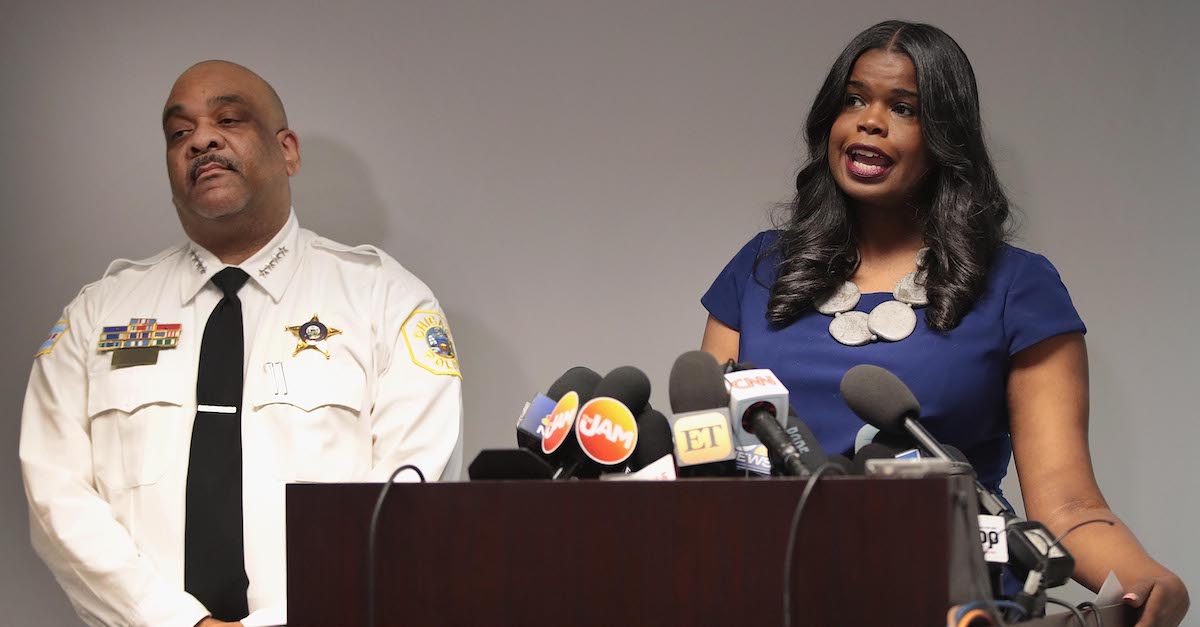 The special counsel’s probe said First Assistant State’s Attorney Joseph Magats and Criminal Prosecutions Bureau Chief Risa Lanier were the ones who ultimately called the shots on the matter. Both initially claimed the case was strong, according to the report; however, both allegedly told other officials after making that initial assessment that evidentiary issues would plague the case. Magats, for instance, eventually suggested to a colleague that the case “was not as solid as it seemed,” according to the report.

When questioned, Magats and Lanier couldn’t keep their stories straight, the report says. Both gave “explanations of the process and factors” that led to the original rubbishing of the Smollett case that “differed in four significant and meaningful ways.” For instance, when asked who negotiated the initial resolution with Smollett’s attorneys, Magats named Lanier; Lanier named Magats. One of Smollett’s attorneys said both were involved: first Magats, then Lanier. The other alleged discrepancies involved the timing of the resolution talks and whether the Smollett deal involved a Felony Deferred Prosecution Program.

The special prosecutor’s report says the office closely examined communications between Foxx and three people to determine whether outside pressure played a role in the bizarre conclusion to the original case: Sherrilyn Ifill of the NAACP; Christina M. “Tina” Tchen, the former (and since-resigned) CEO of Time’s Up (and the former chief of staff to Michelle Obama); and Jurnee Smollett, Jussie’s sister. The report says Jurnee Smollett reached out to both Tchen and Ifill to express her concerns that the case needed to be investigated seriously and that the police should not be leaking details to the press. 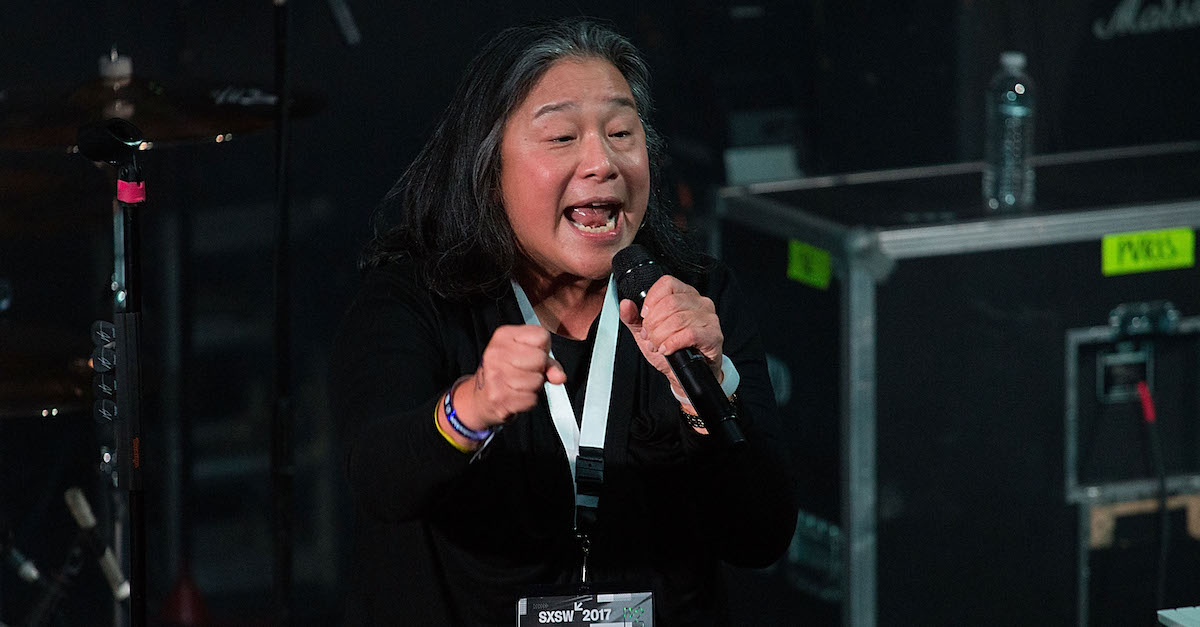 The special counsel’s report noted that the prosecutor, as an elected official, needed to remain open and accessible to the public at large. It also said Foxx “did not have any substantive communications” with any of the three aforementioned people “after Mr. Smollett was charged.”

As a whole, the conversations suggested to the special prosecutor’s office that Foxx was concerned about information being leaked to the public — “seemingly by” the Chicago Police Department — so the report says Foxx contacted Chicago Police Superintendent Eddie Johnson on her own volition to recommend that the matter be referred to the FBI.

“There was nothing improper about Ms. Ifill, as an advocate for a victim, calling State’s Attorney Foxx (or Superintendent Johnson) to express concerns about how the investigation into Mr. Smollett’s reported attack was being handled,” the report concluded.

The report also said that Tchen and Foxx “had very limited communications . . . none of which were intended to or in fact influenced how the case was prosecuted or resolved.”

“Ms. Tchen never asked State’s Attorney Foxx to take any particular action” during a phone call, the report continued, “including to reach out to Superintendent Johnson or try to have the FBI handle the investigation.” 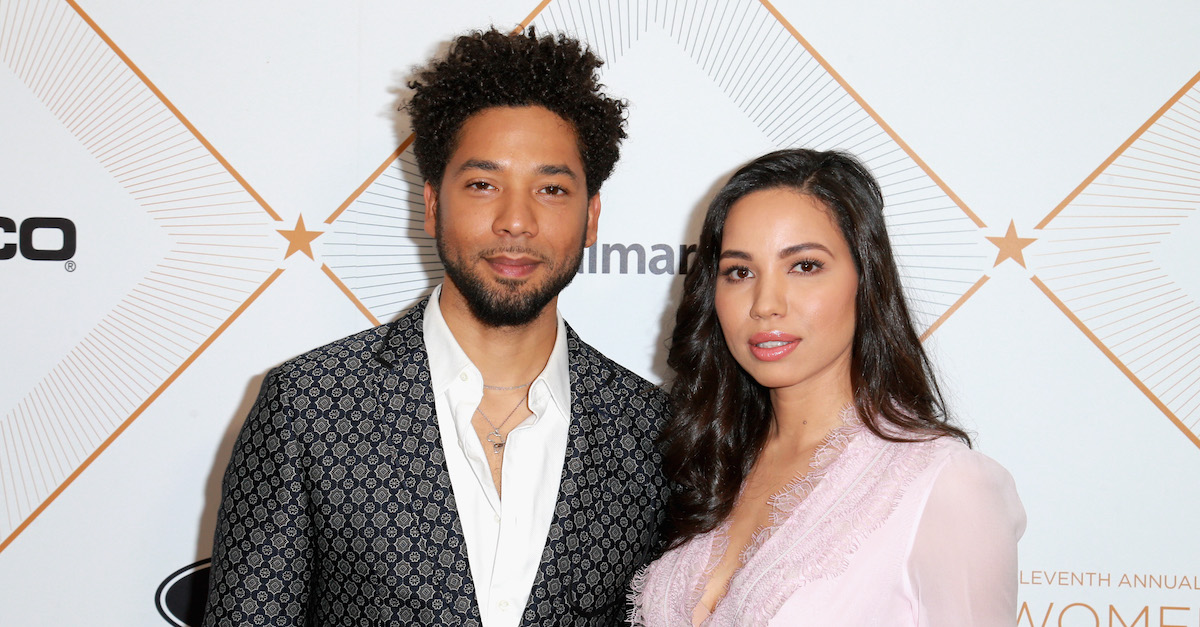 The special prosecutor’s office further found “evidence that may rise to the level of a violation of legal ethics” by both Foxx and her office regarding “false and misleading public statements” about the Smollett matter. Those findings, the report says, will be forwarded to professional conduct authorities with the Illinois Attorney Registration & Disciplinary Commission pursuant to the rules which require attorneys to report the misconduct of another attorney.

Smollett reported the alleged racist attack — which he said was perpetrated upon himself by two unknown assailants with a noose in Chicago yelling “this is MAGA country” — on Jan. 29, 2019. Foxx recused herself Feb. 9, 2019. On Feb. 20, 2019, Smollett was charged with making a false police report; a grand jury indicted him for disorderly conduct on Feb. 28. A full 16-count indictment was filed March 7, 2019. CCSAO “resolved” the case March 26, 2019 by asking Smollett to serve 15 hours of community service and to forfeit a $10,000 bond.

On April 5, 2019, retired judge Sheila O’Brien asked that a special prosecutor be appointed to examine the case.