Member of Trio Sentenced for Murdering Pizza Deliveryman Quotes Scripture, Vows to ‘Be a Great Man Someday’ Before Being Hauled to Prison 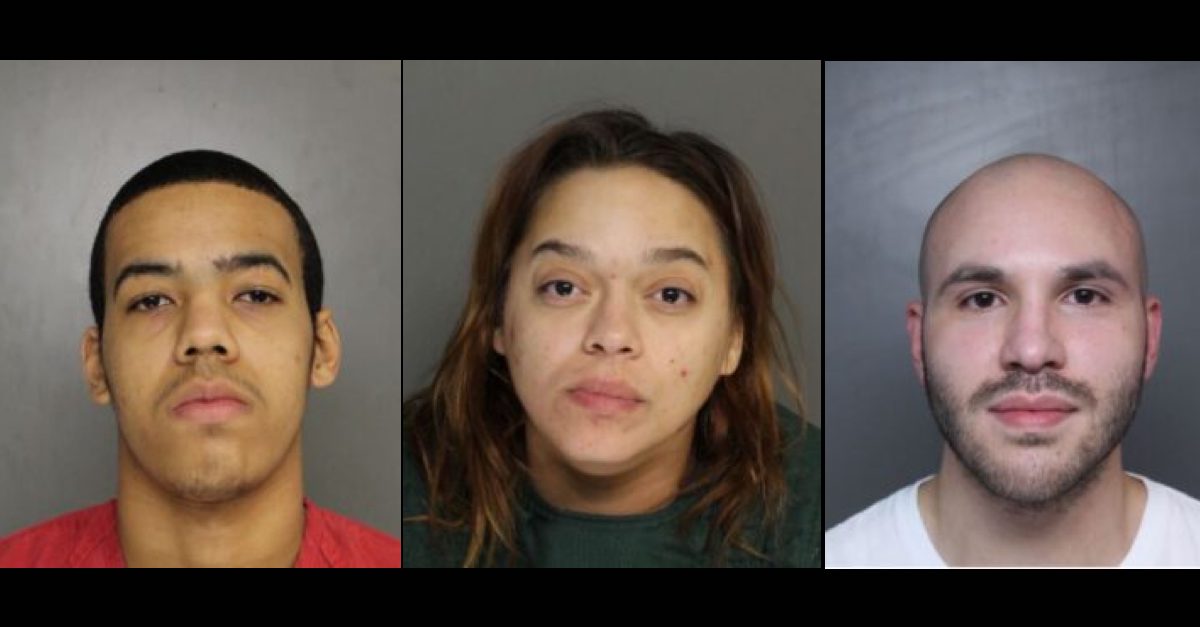 Three Pennsylvania residents have been sentenced to a total of at least 115 years in prison for the murder of a pizza deliveryman the trio had targeted for a robbery.

Richard LaBar, 58, was shot to death on December 11, 2017 as he delivered a Domino’s pizza order to a building near the campus of East Stroudsburg University in northeastern Pennsylvania.

Carolina Carmona, Israel Berrios, and Salvador Roberts made a plea deal with prosecutors in October and admitted to killing LaBar.

According to prosecutors, LaBar’s death was the result of a setup. They alleged that Carmona called in the pizza order and asked for a delivery to be made at an ROTC building just off campus. As Carmona waited at the front door of the building, Berrios “lurked” in bushes near the building, prosecutors said. He was allegedly armed with a 410 gauge sawed-off shotgun.

Roberts was two blocks away in a Mercedes. Prosecutors called him “the wheel man of the group.”

“As Mr. LaBar approached with the pizza order he tried to confirm that Miss Carmona was the person who ordered the pizza,” prosecutors said. “At that time Mr. Berrios came with the gun leveled and demanded money. Mr. LaBar struggled and was knocked to the ground. Mr. Berrios shot him point-blank in the face. As Mr. LaBar lay on his back struggling to breathe Carmona and Berrios went through his pockets and took all the money they could. They ran to Roberts’ vehicle and he drove them away.”

LaBar was pronounced dead later that day at Lehigh Valley Hospital. According to reports, the LaBar had told the trio he had no money. A bag they took from him reportedly contained $100.

“What these three did was utterly disgusting. The case impacted the community significantly. People still talk about it,” Michael Mancuso, a first assistant district attorney who prosecuted the three.

Each defendant was given the chance to speak to the court and to LaBar’s family, but not all of them took the opportunity.

Carmona had nothing to say, but her parents spoke on her behalf, according to Mancuso.

“Roberts apologized to the family and said that he had learned a lot since his arrest,” Mancuso said in the DA’s statement. “Berrios, now 21, quoted scripture and vowed he would be a great man someday.”

“I am actually happy. I am happy it’s going to be done in a few months, they will be sentenced, and we will have peace of mind now. They got what they were going to get,” Roxann said at the time, according to a report by Scranton ABC affiliate WNEP.

Roxann told the TV station that she didn’t think the process would take four years.  She said she was glad that with the guilty plea and believed both she and her family could finally have closure.

“I’m satisfied,” Roxann told WNEP in October.  “The one I am more satisfied for is my mother-in-law. That was her son, her youngest son. So I am very happy for this decision.”

Berrios, Carmona and Roberts had first gone to trial in November 2019, but a mistrial was declared halfway through because of a computer glitch that affected jury selection, according to WNEP. A new trial was postponed because of the coronavirus pandemic.

A GoFundMe page described LaBar as “just an ordinary man just trying to make an honest living, but was in the wrong place at the wrong time.”

In 2018, Berrios and Roberts were also charged in two other unrelated robberies, according to a Lehigh Valley Live report.