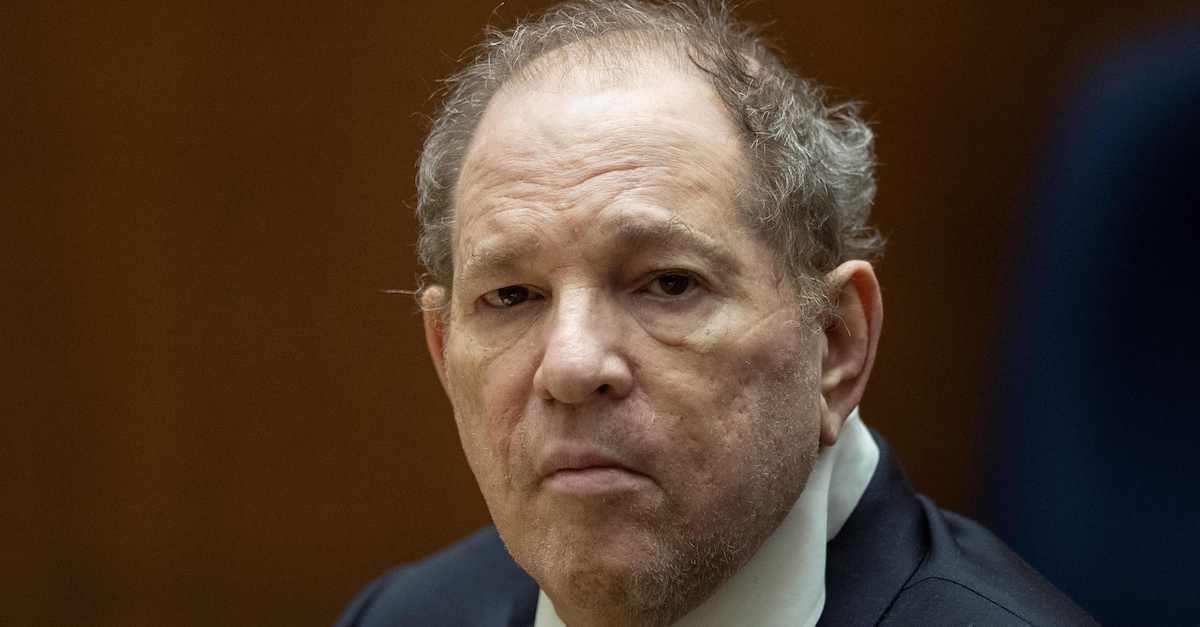 Disgraced Hollywood mogul Harvey Weinstein used his power “to live his life without the repercussions of his predatory behavior,” a prosecutor told jurors as his California trial drew to a close.

Walking jurors through testimony from eight women who accused the producers of sexual assault, Los Angeles County Deputy District Attorney Marlene Martinez displayed a photo of a grinning Weinstein. Martinez illustrated his status as a film industry “titan” by reminding jurors that his former driver testified that he didn’t stop at red lights when driving Weinstein.

And for Weinstein, there were no red lights with the women he assaulted, Martinez said. Instead, their desperate cries of “no” were only seen as green lights, she said, and he disguised “his evil intent” through fake business meetings and feigned professional interest. She displayed a photo of a wolf prowling in snow.

Martinez also displayed a photo montage of the eight women before focusing on Ambra Battilana Gutierrez, who is not a charged victim in the case. Identified in trial as “Ambra B.,” Gutierrez’s testimony highlighted an undercover operation New York police undertook against Weinstein in 2015 after she walked into a police station and reported that he’d assaulted her by grabbing her breast while they were talking in the lobby of his Manhattan office.

Jurors heard covert recordings that included an officer claiming to be a TMZ reporter to try to distract Weinstein as he attempted to get Gutierrez into his hotel room. Martinez played clips of the recordings during her closing, including some that included Weinstein speaking with Gutierrez, urging her to come with him to his hotel room while assuring her he’ll behave. Weinstein didn’t testify in his defense, but the recordings have allowed jurors to hear him in his own words. Gutierrez’s allegations and the police sting were first reported in The New Yorker in October 2017.

Martinez rarely fumbled during her address, but she also spoke in a generally flat tone as some jurors. Weinstein’s defense team and even Judge Lisa B. Lench appeared bored and sleepy throughout. The PowerPoint presentation also lacked the sizzle that Weinstein’s lawyer Mark Werksman alluded to in his opening statement when he said prosecutors’ case was “designed to blow Mr. Weinstein out of his chair.” Many in the gallery also fled the courtroom as word spread of a possible verdict in actor Danny Masterson’s rape trial down the hallway, which ended in a mistrial.

But Martinez steadfastly marched through five weeks of testimony that showed a pattern she noted was remarkably similar. And it’s similar not just in overall conduct, but the details of Weinstein’s conduct, she said. She described how Weinstein “zeroed in” on Gutierrez at an event at Radio City Music Hall, then arranged a meeting that he clearly presented as a business meeting.

“This wasn’t a dinner date. This wasn’t someone misreading signals … this was a professional meeting that was disguised to sexually assault his victim.”

“He picked her out in a crowded room, told his staff to set up a meeting, attended the meeting, all to carry out his predation […] This was a plan,” Martinez said.

“How would Jane Doe 2 know that Harvey Weinstein was going to an awards show with Quentin Tarantino later that night, unless Harvey told her?” Martinez said. She reminded them of how Weinstein’s lawyer Alan Jackson took off his jacket during his cross-examination of Jane Doe 2 and jokingly told her not to worry because he “wouldn’t go any further.”

“I blame you if you thought that was odd behavior, but Weinstein is an odd guy,” Martinez said. She also addressed testimony from Claudia Salinas, who disputed Jane Doe 2’s account of what happened at the Montage hotel in Beverly Hills on Feb. 19, 2013, when she says Weinstein groped her.

Salinas denied meet with Jane Doe 2 the day after the alleged attack, but Martinez said the testimony is unbelievable, asking, “How often did Mr. Weinstein ask Claudia Salinas to set up meetings with young attractive 23-year-olds?”

“We have to agree with the decisions that these females make … but we must separate our personal choices from what they did. We have to separate what we might have done, from what actually happened,” Martinez said. “The truth is Jane Doe 3 was assaulted by Harvey Weinstein.”

Weinstein’s lawyers say that’s a classic example of transactional sex. But Martinez took issue with the term, telling jurors that Weinstein always offered his victims employment or gifts to try to hide his true intentions.

She referenced testimony from Kelly Sipherd, who is not a charged victim but testified in accordance with California Evidence Code section 1108, which allows testimony about a defendant’s “past sexual misconduct, alleged and otherwise, when they are currently on trial for a sex crime.” Sipherd said Weinstein assaulted her twice, first in 1991 and after she met him at the Toronto International Film Festival, then again in 2008 after she saw him at the same hotel and wanted to confront him about the previous rape.

“The defendant’s assault of Kelly S. in Toronto was very similar to his assault of Jane Doe 4,” Martinez said, pointing to a picture of Jennifer Siebel Newsom, wife of California Gov. Gavin Newsom.

She questioned how anyone could blame Siebel Newsom for wanting to meet with Weinstein because at the time, “Who would have thought that the most powerful man in Hollywood was a closet rapist? Who could blame her for thinking that she could handle herself?”

Regarding Siebel Newsom continued contact with Weinstein, Martinez reminded jurors of Weinstein’s power and said she had “to be on his good side” if she wanted to get anywhere in Hollywood.

“Getting on the defendant’s bad side? That would guarantee your career is over,” Martinez said. “These women had so many dreams that they were not going to let this monster destroy them.”

Weinstein is charged with seven crimes:

– forced oral copulation, forcible rape and penetration with a foreign object involving Jane Doe 1, an Italian actress who testified that Weinstein raped her at Mr. C’s hotel in Beverly Hills when she was in Los Angeles for the L.A. Italia Film Festival in February 2013.