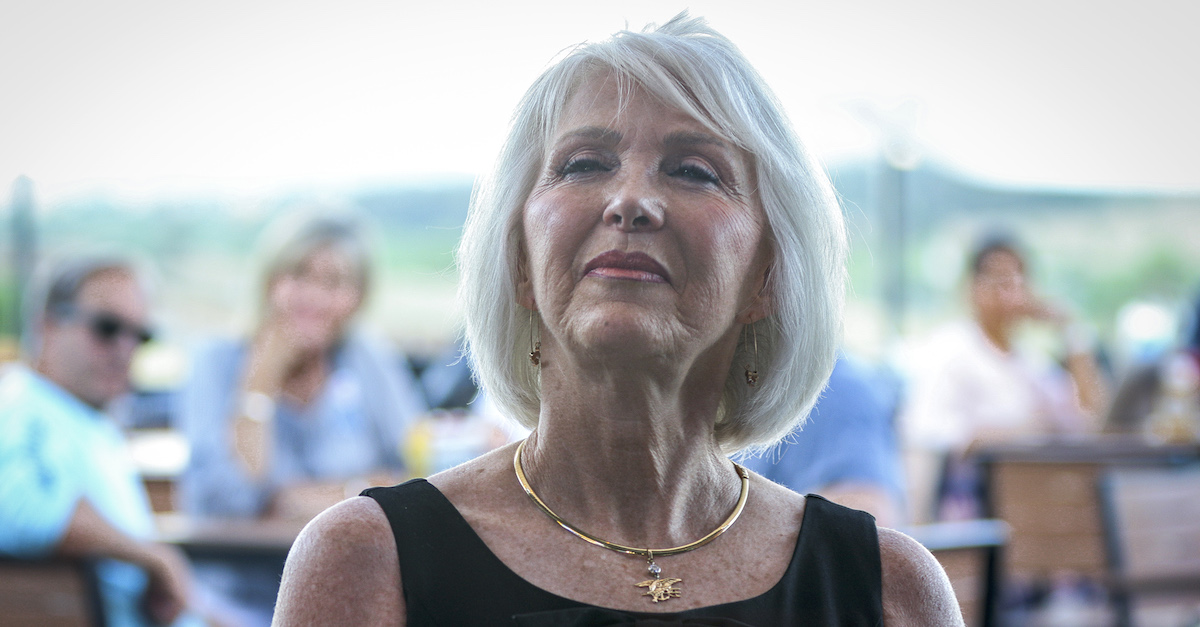 With trial less than two months away, a Colorado county clerk accused of a voting machine-related data breach in service of 2020 election denial suffered another legal setback: Her ex-deputy agreed to testify against her.

That deputy, Sandra Brown, entered into a cooperation deal with the government against her ex-boss: Tina Peters, a former Mesa County Clerk and a failed candidate for secretary of state.

“This was an important step in the prosecution of Ms. Peters,” District Attorney Dan Rubinstein, from Colorado’s 21st Judicial District, told Law&Crime. “Ms. Brown is taking responsibility for her actions, and will face appropriate consequences for her role. She has also agreed to testify truthfully about what she did and what she witnessed during the relevant time periods of the acts that Ms. Peters was indicted for.”

Rubinstein noted that the development cleared the Peters indictment of her co-defendants.

“At this point, all of Ms. Peter’s charged co-defendants have agreed to cooperate in her prosecution and testify against her at her upcoming criminal trial, and any other proceedings in both state and federal court where they may be needed,” Rubinstein added.

Peters was one of the numerous pro-Donald Trump politicians who peddled conspiracy theories about the 2020 election while simultaneously running for positions with substantial control over voting practices in their respective states. Her campaign was interrupted by a 13-count indictment against her and Belinda Knisley, another ex-deputy who subsequently pleaded guilty. The 10 charges against Peters accuse her of three counts of attempting to influence a public servant, two counts of conspiracy to commit criminal impersonation, and one count each of identity theft, official misconduct in the first degree, violation of duty, and failure to comply with the secretary of state.

Though she still holds her county clerk position, Peters lost her primary election for statewide office.

As first reported by the local news outlet Colorado Newsline, Brown pleaded guilty to the felony count of attempting to influence a public servant and the misdemeanor count of official misconduct at a hearing on Wednesday.

At that hearing, Brown reportedly insisted that she initially did not know that she falsely told the Colorado Secretary of State that a man named Gerald Wood would attend a sensitive election software update in May 2021. Prosecutors say that Peters planned to have an election conspiracy theorist named Conan Hayes pose as Wood.

“At the time I sent the email, I did not know that the person I was referring to as an employee was not an employee,” Brown said at her plea hearing, according to Colorado Newsline. “But I found out later and I did not bring it forward. I need to take responsibility for my actions or lack thereof.”

As a result of the breach, confidential voting machine logins and forensic images of their hard drives were published on a QAnon-affiliated Telegram channel last year, CNN reported.

Brown reportedly expressed regret for not fulfilling her duty to protect elections.

“My job was to protect the integrity of the elections,” Brown said in court, according to Colorado Newsline. “There were steps that I could have taken that would have done that in a better [way]. There were things going on that I should have questioned, and I didn’t.”

Her attorney Harvey Steinberg did not immediately respond to an email requesting comment.