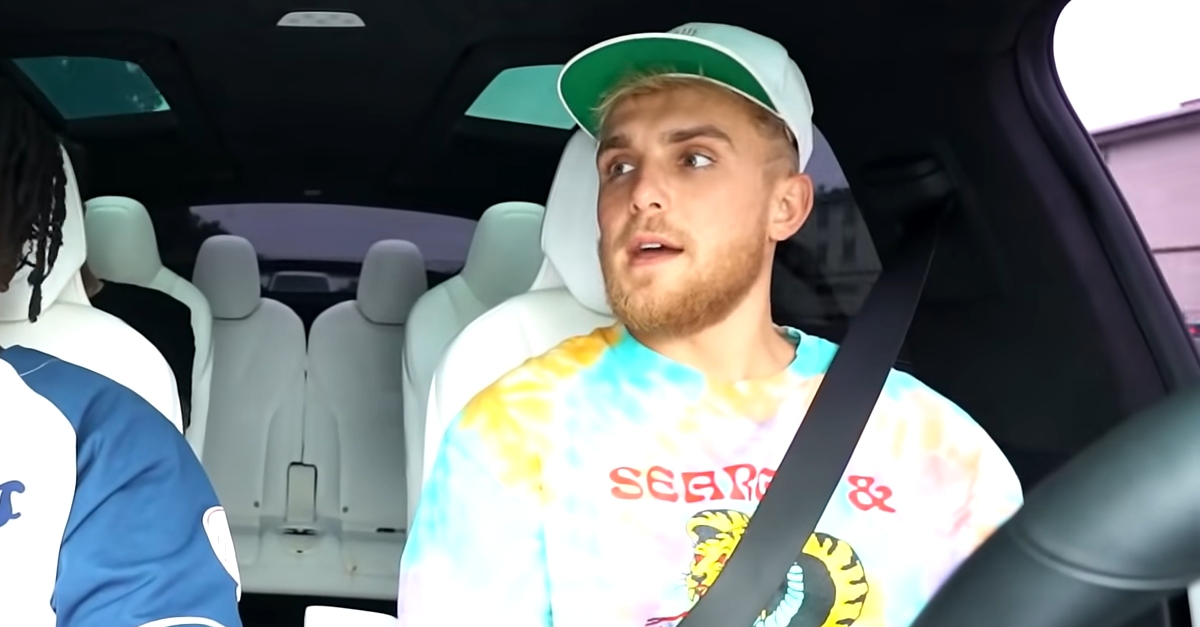 Law enforcement agents have been spotted at the home of YouTuber Jake Paul in Calabasas, California on Wednesday. There were at least 20 people seen on the ground, according to an account from TMZ. They were described as federal agents; at least some were wearing tactical gear.

Law enforcement sources for the outlet said federal investigators were executing a search warrant. Available online federal records viewed by Law&Crime don’t show a new criminal case as of Wednesday afternoon Eastern time in Paul’s name. It’s not even clear if Paul would be a named defendant.

“The FBI is executing a federal search warrant at a residence in Calabasas in connection with an ongoing investigation,” an FBI spokesperson told The Los Angeles Times in a statement. “The affidavit in support of the search warrant has been sealed by a judge and I am, therefore, prohibited from commenting as to the nature of the investigation. No arrests are planned.”

In this account, a SWAT team made entry into the residence, sources said. Agents like this are used when intelligence seems to show there are firearms present or when people who could act violently are on a targeted property, according to the outlet.

Firearms were seized at the residence, according to ABC 7.

Paul did not immediately respond to a Law&Crime request for comment. The YouTuber was previously charged in Arizona for criminal trespass and unlawful assembly; police said he remained at a protest after it was declared an unlawful assembly. He denied participating in looting and vandalism.

Paul recently sparked controversy for continuing to hold large parties at his home amid the COVID-19 pandemic.