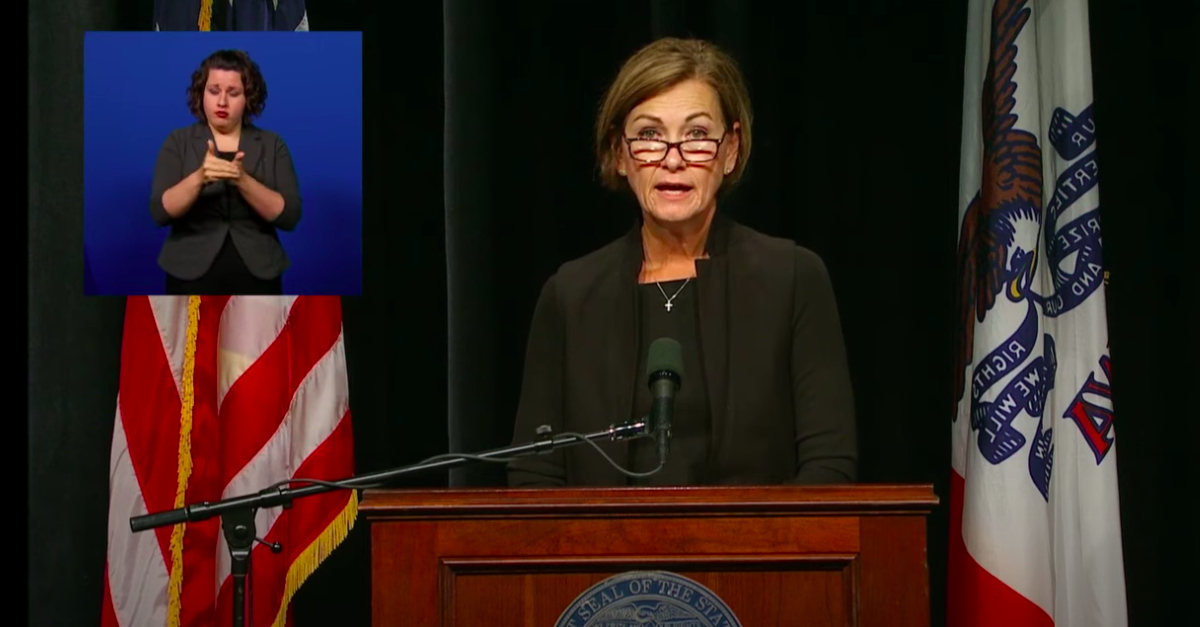 Iowa Gov. Kim Reynolds (R) on Wednesday signed an executive order restoring voting rights to tens of thousands of citizens who had been disenfranchised due to a previous felony conviction. Prior to Wednesday, Iowa was the only remaining state in the U.S. that permanently stripped ex-felons of their right to vote without a direct appeal to the governor.

Iowa, Kentucky, Florida, and Virginia were the last four states in the country implementing such a ban. All four have done away with them in some way in the last 5 years. These policies are deeply rooted in Jim Crow and long used as a tool to target African Americans.

The Executive Order returns voting rights to Iowans that have completed their prison, probation, parole, or special sentence. Excluded from the order are individuals convicted of murder, manslaughter, or other felony homicide offenses, all of whom must still apply directly to the governor before being permitted to vote.

According to the Des Moines Register, approximately 60,000 Iowans were previously banned from participating in local and national elections.

The policy also had a severely disparate impact on Iowa’s Black population, disenfranchising nearly one in 10 Black adults in the state, per a 2016 study conducted by The Sentencing Project.

“Today we take a significant step forward in acknowledging the importance of redemption, second chances and the need to address inequalities in our justice system,” Gov. Reynolds said in a statement after signing the Executive Order. “The right to vote is the cornerstone of society and the free republic in which we live. When someone serves their sentence, they should have their right to vote restored automatically. We’re going to continue to advocate for a constitutional amendment and make this major milestone permanent. Getting things done involves coming to the table and I want to thank the broad and diverse coalition who has been working on this with me for years.”

The governor’s order also restores the franchise to ex-felons regardless of whether or not they’ve fully repaid any victim restitution or other legal financial obligations (LFO) associated with their incarceration, which has been a major point of controversy in Florida. The full panel of justices on the U.S. Court of Appeals for the Eleventh Circuit are currently deciding whether Florida can continue withholding ex-felons’ right to vote until all such financial obligations have been repaid.

During a press conference Wednesday, Reynolds also pledged to once again back an amendment to the state’s constitution that would automatically restore felons’ right to vote upon completion of their sentence. Iowa’s Republican-led legislature has twice failed to pass such a measure.