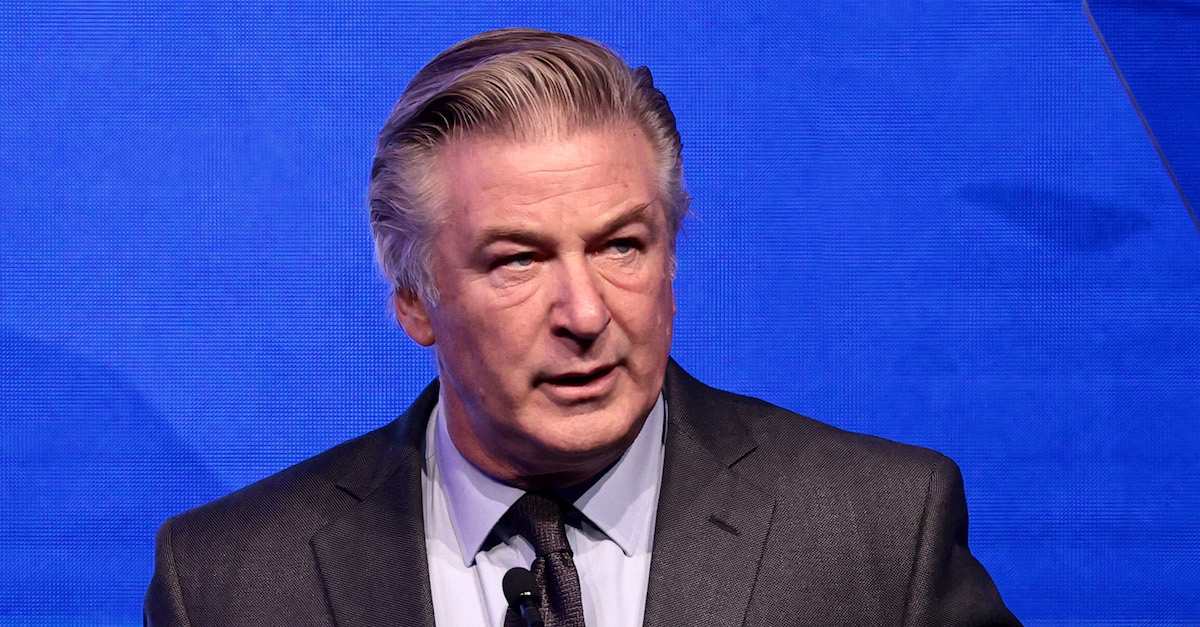 The family of a U.S. Marine killed in an Afghanistan suicide bombing is suing Alec Baldwin in federal court for the second time this year to the tune of $25 million, alleging that his Instagram posts defamed them and subjected them to waves of vicious, online harassment.

The lawsuit was filed in the U.S. District Court for the Southern District of New York on Friday and accuses the actor of defamation, negligence, negligent infliction of emotional distress, and intentional infliction of emotional distress over a series of interactions between Baldwin and slain Lance Corporal Rylee McCollum, one of 13 marines who were killed by a suicide bomber on Aug. 26, 2021.

The locus of the litigation started with a gesture of goodwill from Baldwin to the McCollum family made in the immediate aftermath of the Marine’s death. The actor sent $5,000 to the deceased 20-year-old’s widow and newborn child as, in his words, “a tribute to a fallen soldier.” That donation was made by way of Rylee McCollum’s sister, Roice McCollum. But the goodwill allegedly didn’t last.

“Baldwin’s seemingly benevolent overtures turned into a nightmare for the McCollum family when Baldwin went on an Instagram rant,” the complaint alleges.

In early January 2022, Roice McCollum posted a photo of herself attending the “the Washington, D.C. demonstration to protest what many people viewed as the fraudulent election of Joseph Biden as President” the lawsuit says, noting that the photograph was posted online in anticipation of the “one-year anniversary” of that event.

A substantially similar lawsuit was filed in Wyoming federal court in January but dismissed in early May by a judge for lack of personal jurisdiction over Baldwin, who is a resident of New York City.

“Are you the same woman I sent the $ for your sister’s husband who was killed during the Afghanistan exit?” Baldwin wrote on Roice’s Instagram post using his account, according to the complaint.

The lawsuit says that Roice McCollum confirmed “she was, in fact, the sister” of the slain Marine and the sister-in-law to whom he had donated the funds. After that, the lawsuit claims, Baldwin “began to privately message” Roice McCollum, accusing her of being an “insurrectionist” and to “own it.”

The filing goes on to relay a series of alleged private messages between Roice McCollum and Baldwin [emphasis in original]:

Baldwin: When I sent the $ for your late brother, out of real respect for his service to this country, I didn’t know you were a January 6th rioter.

Roice: Protesting is perfectly legal in the country and I’ve already had my sit down with the FBI. Thanks, have a nice day!

Baldwin: I don’t think so. Your activities resulted in the unlawful destruction of government property, the death of a law enforcement officer, an assault on the certification of the presidential election. I reposted your photo. Good luck.

After that, the filing asserts that Baldwin published a post “to his 2.4 million Instagram followers” where he discussed the Jan. 6, 2021 attack on the U.S. Capitol Complex and scoffed at claims made by “Trumpsters chiming in” who, he said, claim the failed insurrection was “a protest” and “an exercise in democracy.”

In that post, Baldwin also mentioned the soldiers who died and made comments that, the lawsuit alleges, that refer to Roice McCollum directly.

I did some research. I found, on IG, that this woman is the brother of one of the men who was killed. I offered to send her sister-in-law some $ as a tribute to her late brother, his widow and their child.

Which I did. As a tribute to a fallen soldier.

Then I find this.

Truth is stranger than fiction.

According to the lawsuit, Baldwin’s reference to “This” was “Roice’s Instagram feed, @roice_wyogirl, including Baldwin’s ‘insurrectionist’ and ‘rioter’ name-calling.”

“Baldwin knew or should have known that his name-calling and accusations were false when he sent them,” the filing goes on. “Roice had said as much in her private message to him. This did not matter to Baldwin. He had no information confirming that any Plaintiff had “’participated in the insurrection’ or had attempted to overthrow the United States government.”

The lawsuit alleges Baldwin’s post “lit the match and blew on the fire” of outrage over the Jan. 6 attacks and that the actor “cannot subsequently disclaim responsibility for the conflagration that ensued.”

The filing documents some of that vitriol:

Within hours of BALDWIN’s publication of his post to his followers, Plaintiffs CHEYENNE and JIENNAH also began receiving hateful messages and even death threats from BALDWIN’s followers who had seen the posts…These messages included the most vile allegations accusing Plaintiffs of “white supremacy,” of dishonoring LCPL McCOLLUM’s legacy, equating them with ISIS, calling them traitors, calling them Nazis, telling them that their brother died in vain, and imploring BALDWIN to “get a refund” of the money he “anonymously” donated to JIENNAH and her daughter, Levi.

“Baldwin’s conduct was negligent and reckless as he should have known that making the allegations he did against Plaintiffs to his millions of followers would cause Plaintiffs harm,” the suit alleges.

Baldwin, for his part, previously argued, in the Wyoming case, that the Instagram private messages between himself and Roice McCollum were not sufficiently public to constitute publication to a third party, which is a necessary aspect of a claim for defamation. He also claimed his posts were protected opinions.

Law&Crime reached out to a representative for Baldwin but no response was immediately forthcoming at the time of publication.

Read the re-filed lawsuit, in full, below: